[All photographs copyright, Gary Nunn 2012] – Not satisfied with my previous flight views and sun blinded looks on the overhead wire, I dropped by the Oceanside Fresh & Easy supermarket parking lot again today to see if the Scissor-tailed Flycatcher Tyrannus forficatus was around. My luck changed and I found it working along the tops of drought stricken fennel plants on the open waste land just north of the parking lot. Views were brief though before it bolted again, like a small pink and grey missile, heading for the hillside! This is one nervous bird and very mobile. 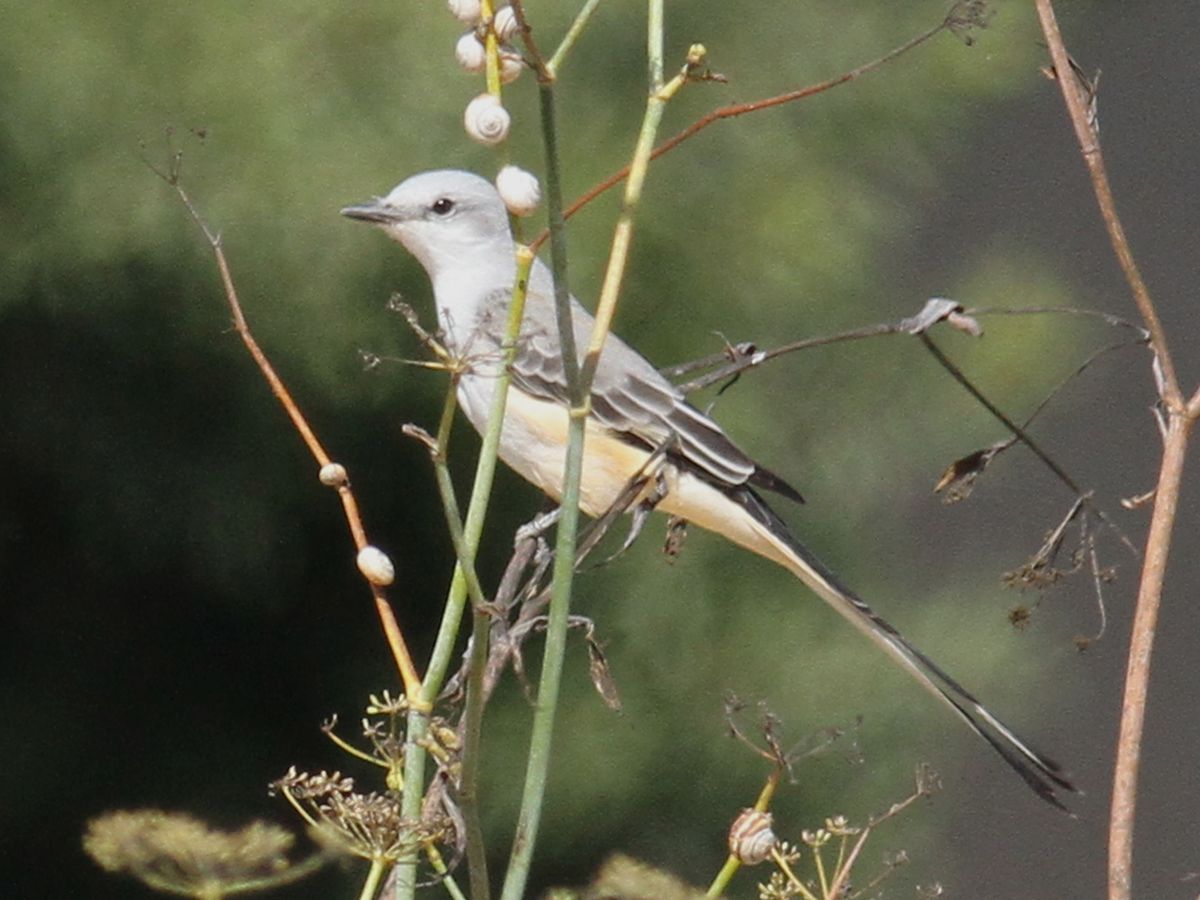 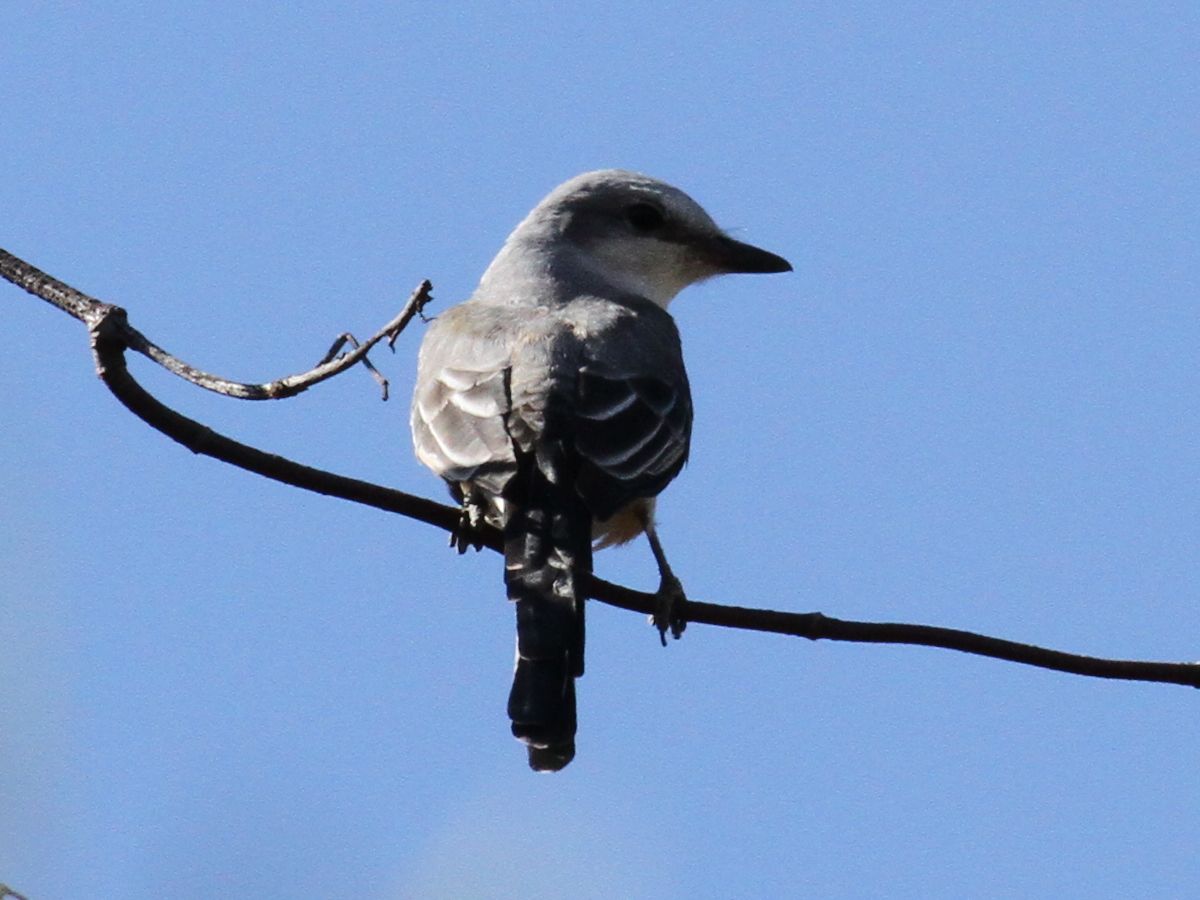 I managed to get a few level flight shots as it went by me on the way to the hillside but discovered later I had only captured images of the wing beats down! This bird is an adult at least one year in age because it has advanced through prealternate molt, sometime earlier this year in the spring, of the outer primary (P10). Prebasic molt in this species does not include outer primary replacement so this cannot be a hatch year bird because the retained juvenile P10 tip would be a rounded type without a notch. In flight the image below captures the shape of this adult plumage outer primary on the right wing which has a female type, smaller length, notched tip (thinner tip). Given the shorter tail and not very extensive reddish pink axillary coloration most likely this is an adult female Scissor-tailed Flycatcher. 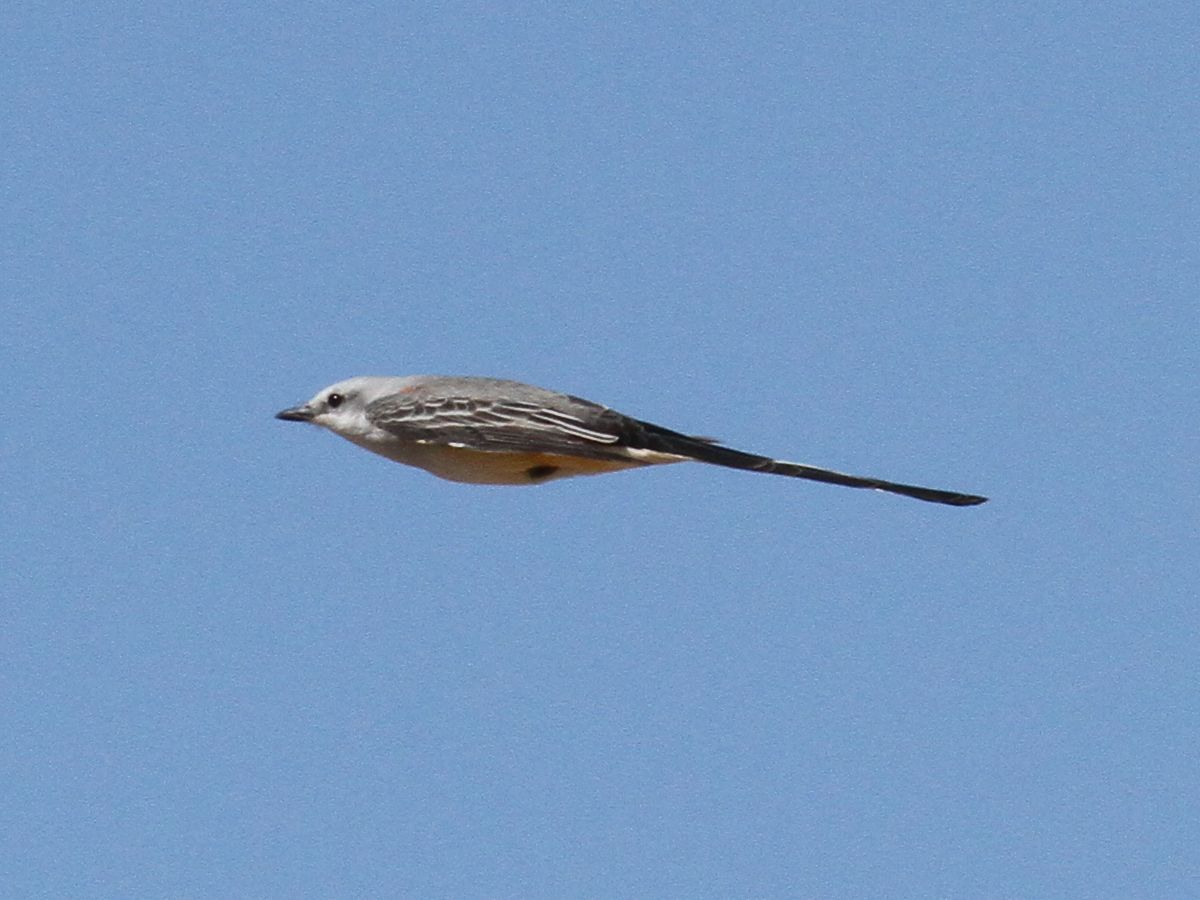 This Scissor-tailed Flycatcher was originally found by Oceanside birder Michael Martin on 05 Oct 2012. The species is considered a Category B rarity by San Diego Field Ornithologists which means we get about one record annually in the county. In fact the most recent report came some time ago in November 2009 when a long-staying individual frequented the Model Plane Airfield at Mission Bay. Perhaps this handsome looking much sought after flycatcher from the east now visits us less often than before.

One thought on “Supermarket Scissor-tailed Flycatcher”