[All photographs copyright, Gary Nunn 2012] – This Scarlet Tanager Piranga olivacea was found by Sue Smith at the junction of Dudley and Albion St. in the Silver Gate neighborhood of Point Loma, San Diego. The lush trees and dense fruiting hedges are perfect here for tanagers and a male Summer Tanager was also seen in the same area. Luckily I was nearby and arrived quickly to find the Scarlet Tanager sitting on an overhead wire right at the street junction. 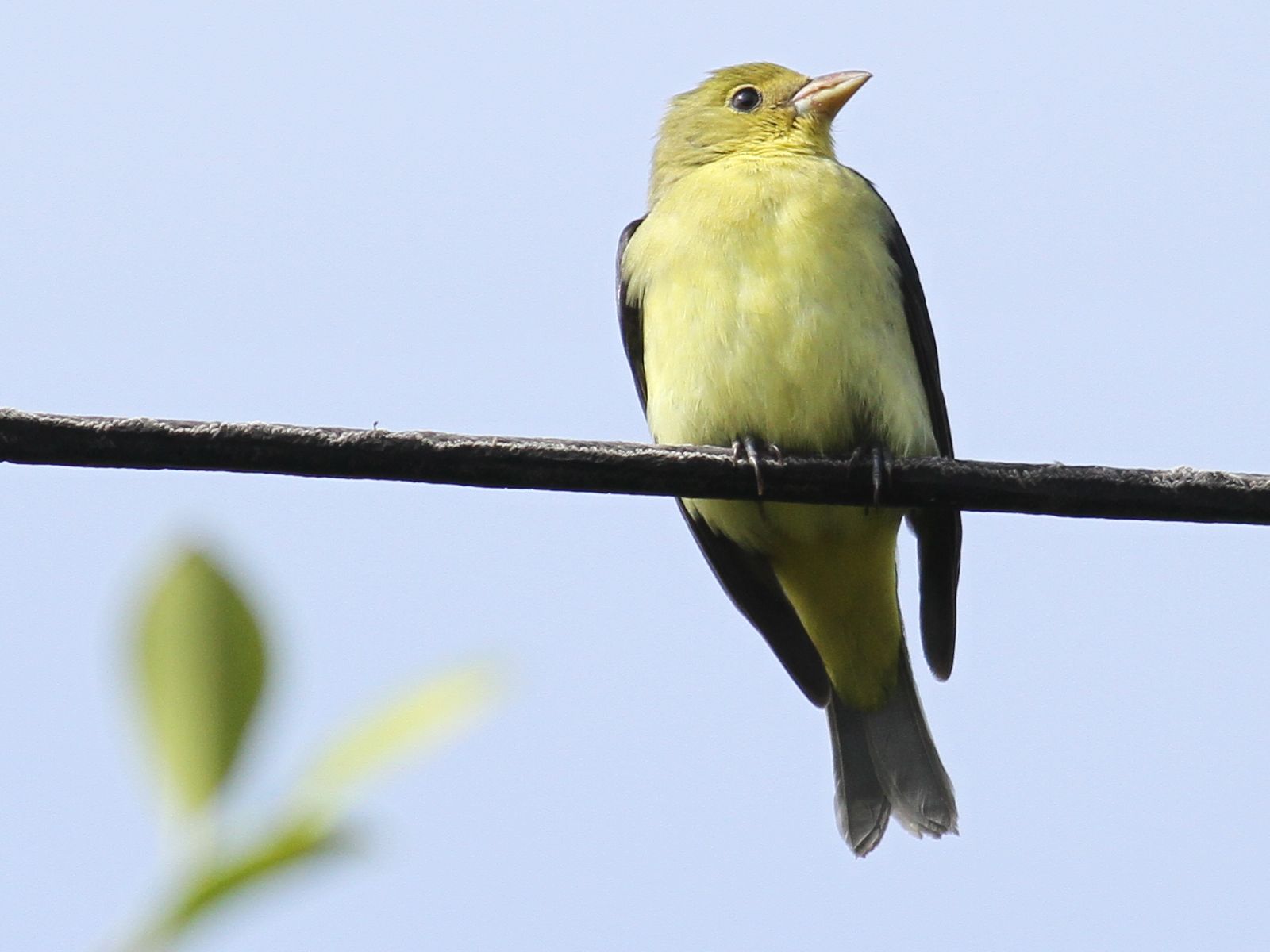 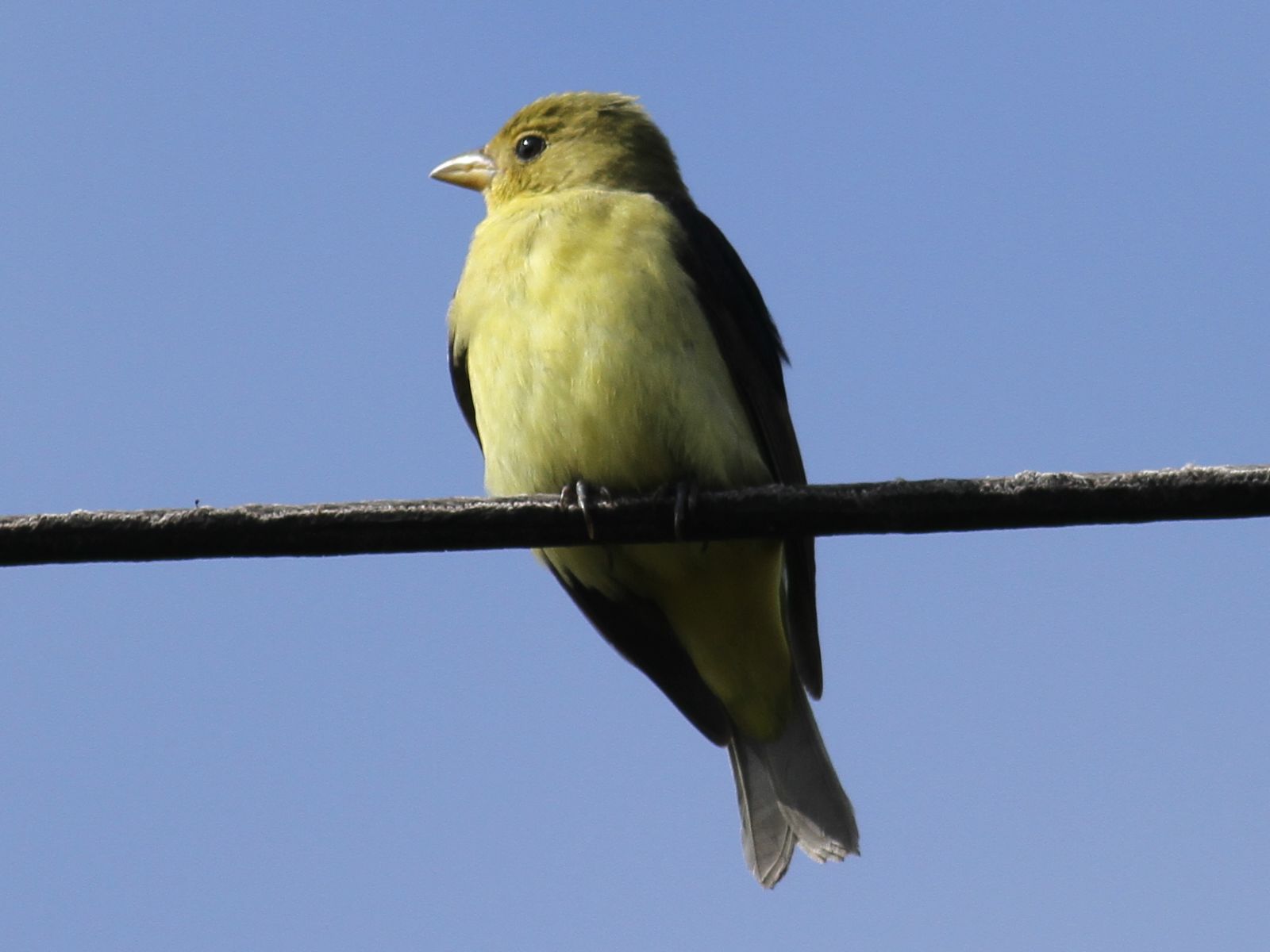 In the photograph below the retained juvenile greyish wing feathers can be seen on the left wing. This would indicate the bird is a hatch year (HY) individual. This is also supported by the strongly tapered ends of the juvenile tail feathers which would be more square or truncate shaped after first prebasic molt. The bright greenish yellow of the body plumage seems to indicate this is a male. 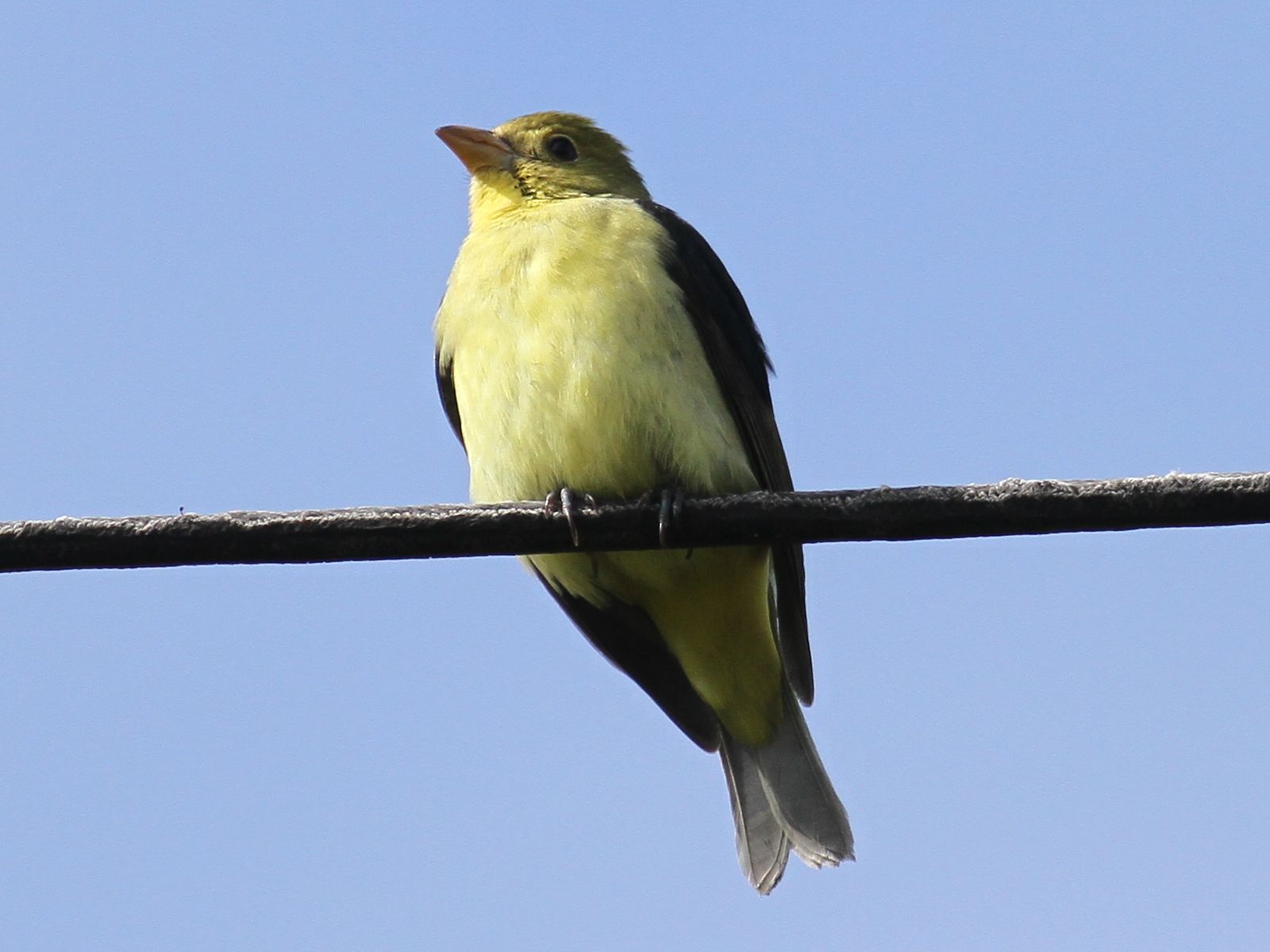 This is the first Scarlet Tanager reported in San Diego in Fall 2012, unlike last year when we had several reports of different birds beginning around late October.