[All photographs copyright, Gary Nunn 2012] – In the early morning of 05 Oct 2012 I was looking over “The Wall”, along the east side of Fort Rosecrans National Cemetery, when a very large sparrow hopped up in among dead twigs below me. It had me puzzled from the back view for a moment but soon shuffled around on a branch revealing itself. I popped the telephoto lens over the wall and got a few nice shots of my first Golden-crowned Sparrow Zonotrichia atricapilla of Fall 2012. 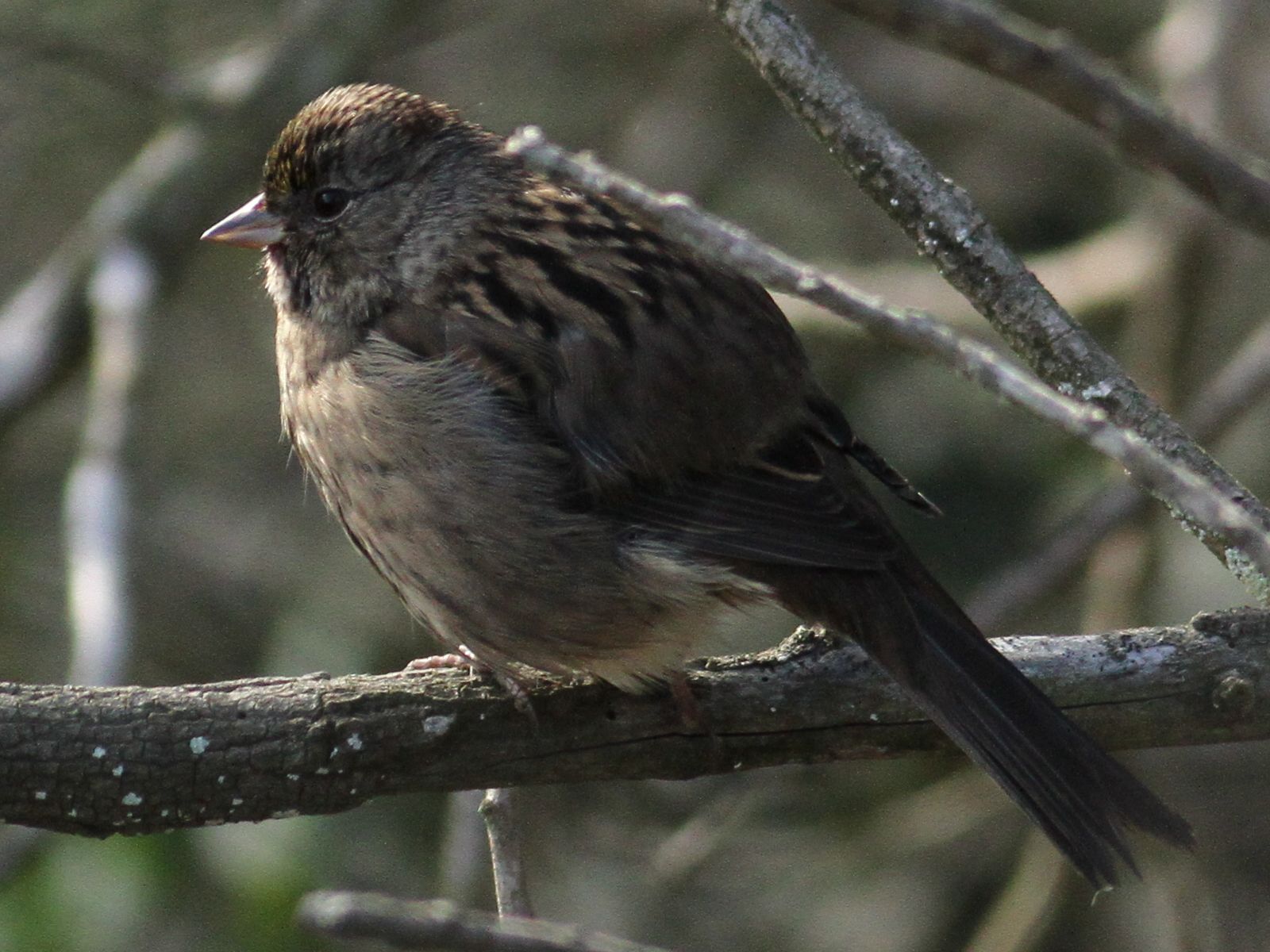 The San Diego Bird Atlas indicates this species arrives here in the county in the first week of October, so this rather exhausted looking individual was right on time. Squinting its eyes at me in the bright morning sunshine, it really looked as if it had been on the wing all night and had barely a chance to rest before I found it. The streaked underparts indicate this is a juvenile Golden-crowned Sparrow. It had found its way almost to the southern limit of the wintering range of this species which regularly extends only a few hundred more miles down Baja California Norte, Mexico. 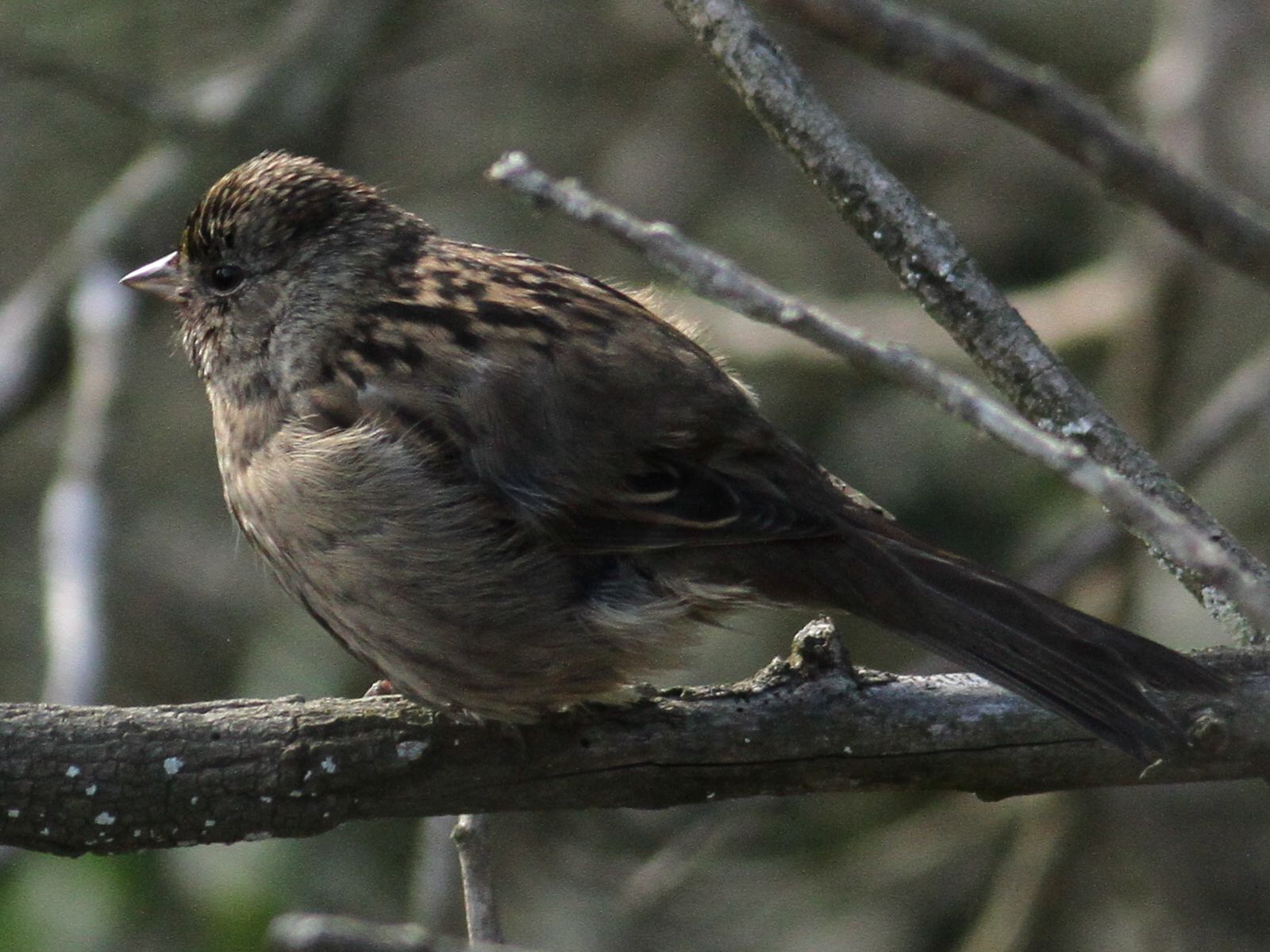 This species completes part of its first prebasic molt on the breeding grounds and this individual does look as if it has a mixture of newer richly colored feathers and some very worn tattered feathers too. The fluffy feathered head has some nice looking new black feathers coming in on the crown stripes above the lores (this individual is at the darkest end of the range for a hatch year bird). The tail by contrast is a real worn out tattered mess already with nothing but spiky ends to some of the rectrices. 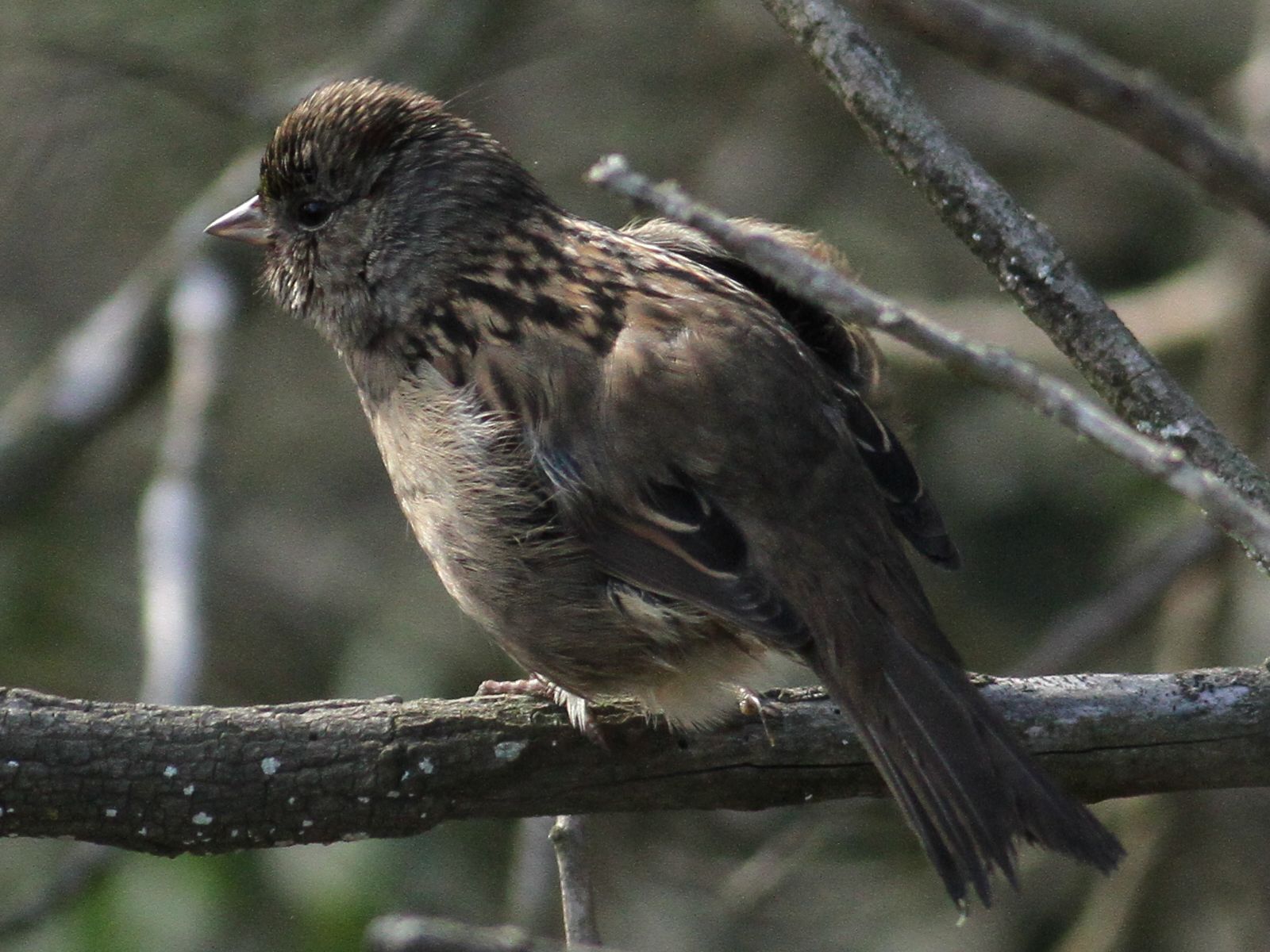 There is a single field character of this species which easily separates it from all White-crowned Sparrow plumages – the absence of a median crown stripe on the head. Often loose sparrow flocks seem to always be looking at you from their sides, yes birds have eyes on the sides of their heads! But get a look at them from head on and the Golden-crowned Sparrow is virtually unmistakeable with its golden peppered crown bordered only on the sides by darker stripes. In addition it is very large, when found alone that is not so useful, but in a mixed flock with White-crowned if there is one “big” sparrow then it could well be a Golden-crowned. 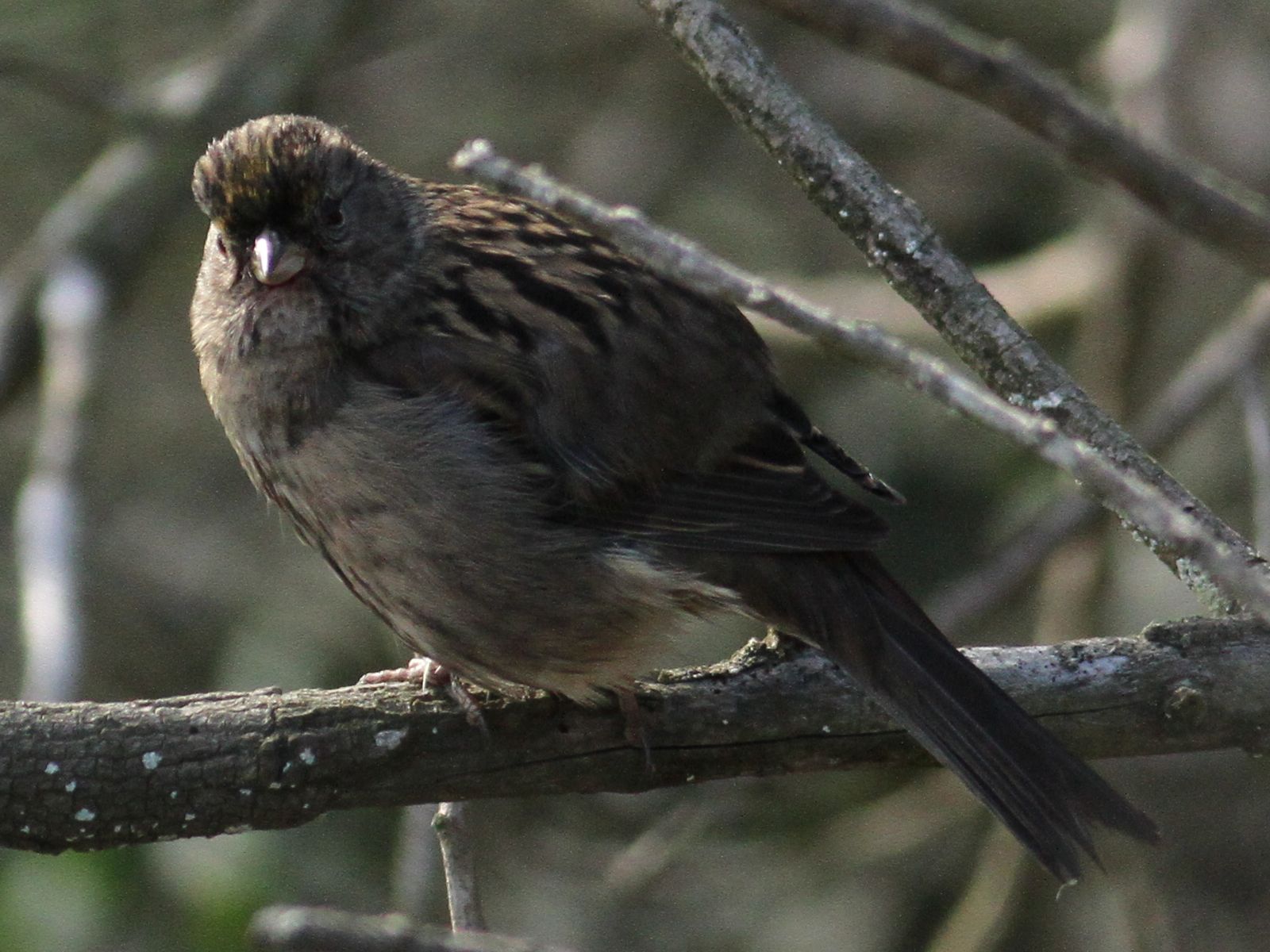 I usually see small numbers of Golden-crowned Sparrow around Point Loma but they appear in a wave and then peter out to being quite scarce there later in the winter. Some nice looking black and gold crown striped alternate plumaged individuals, breeding finery, can also be found here in the early spring time – those are always a nice find.