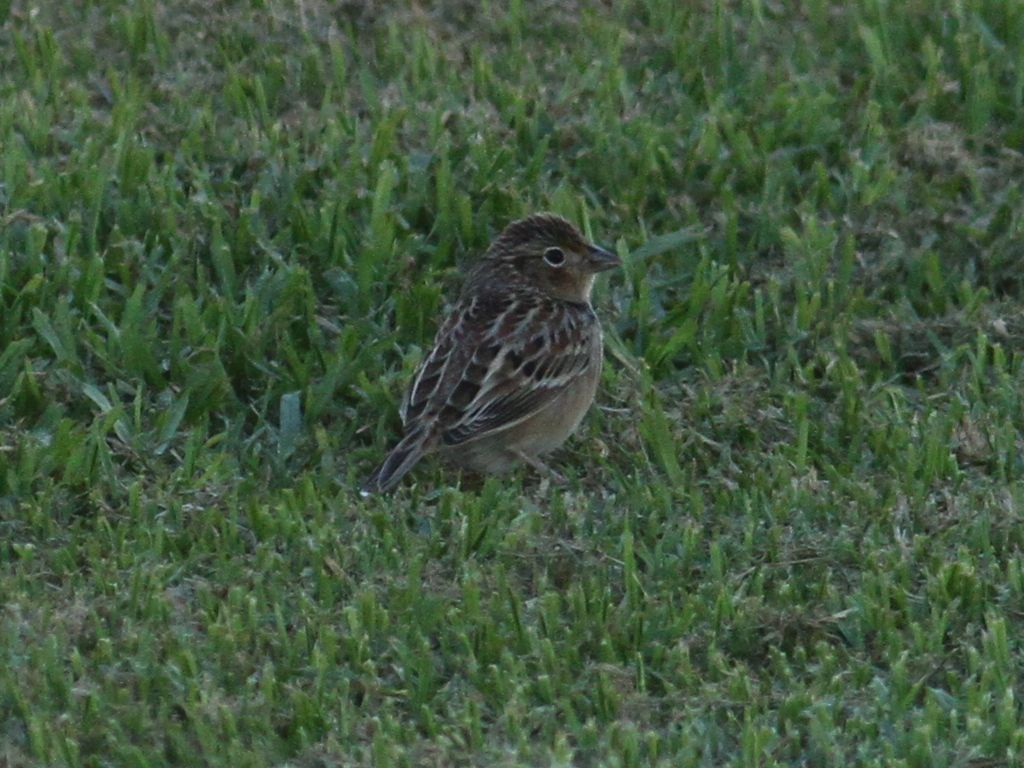 The richly colored dark buffy-orange supraloral spot, just ahead of the eye and above the pale straw colored loral region, is a distinctive character of this form of Grasshopper Sparrow. In addition the rich buff colored wide margin of the underparts, with blurred chestnut brown short streaks included (only found on this form of Grasshopper Sparrow), is another good field character when encountering this small Ammodramus. The pale buffy-white belly patch, surrounding the legs and on the fore-belly, is also distinctive, particularly when the bird stands up high on its legs looking straight at you or when seen taking a short flight. 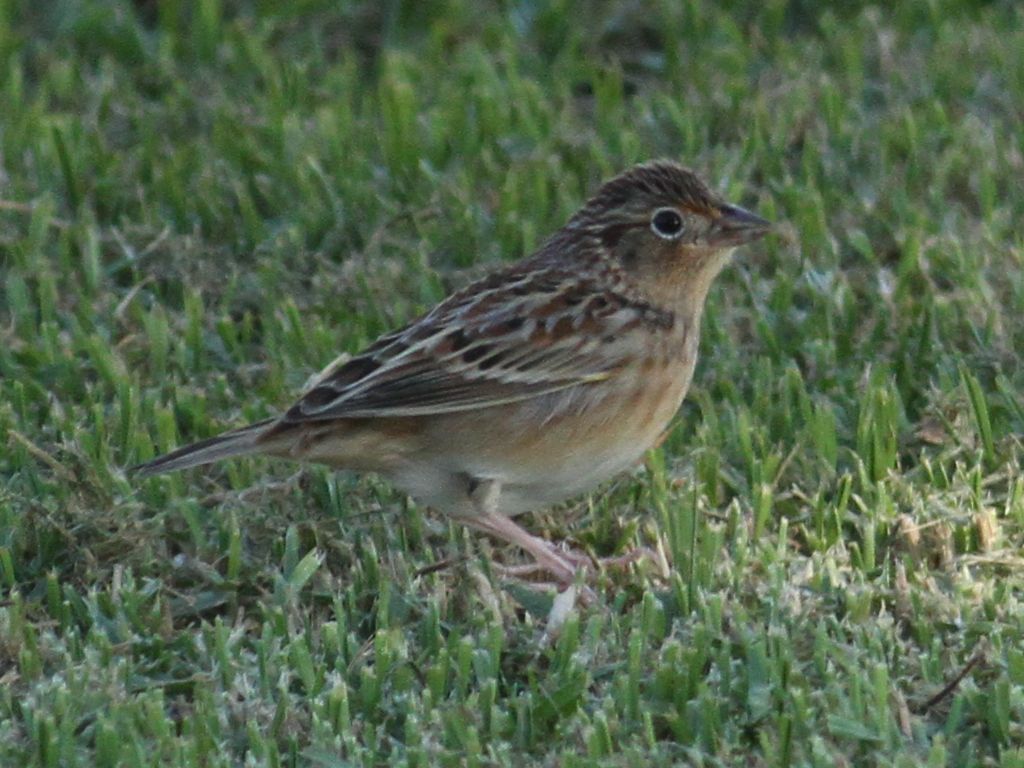 Everywhere you look on this sparrow there are dark chestnut, gray, blackish, and buff colors changing abruptly across the feathers on the upperparts. The pale feather fringes add to the complexity of the overall pattern, almost too many details to absorb at first sight. 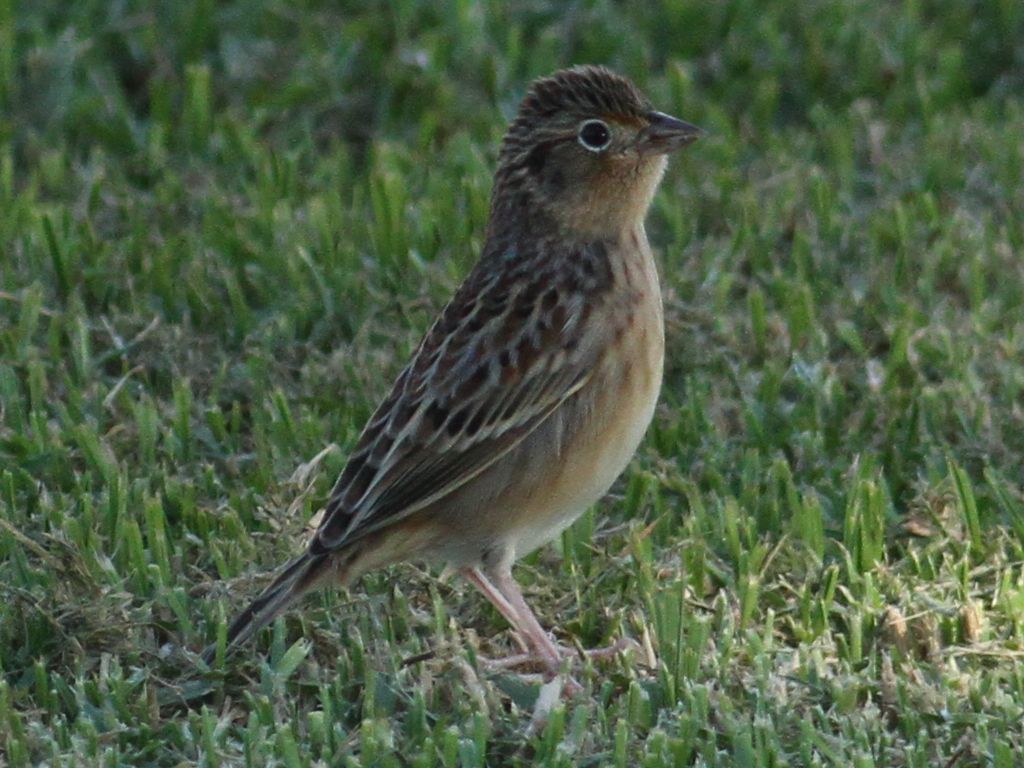 The underparts appear richly buff colored, almost glowing gold colored from a distance. It can be told from its congeners by the gray supercilium, or eyebrow, to the rear of the eye, the buffy auriculars and the complete and bold eye ring. Personally I think the head looks large and rounded with a large eye although it can flatten the crown feathers to appear flat headed as in the photograph below. I also think the spiky raised gray and chestnut peppered feathers of the crown are a neat field character, with the paler straw colored median crown stripe contrasting prominently.

The neatly colored tertials are pretty amazing on this sparrow – dark chestnut and black with a pale whitish margin to the complete feather. They form a unique looking twin set of ladder markings up the back of this colorful sparrow. One of my absolute favorites and always a pleasure to study up close!