[All photographs copyright, Gary Nunn 2012] – I was out at Fort Rosecrans National Cemetery again before dawn in search of nighthawks but with no luck. It was just getting faintly light when the warm Santa Ana winds picked up again from the east around 5:45 AM. I could tell this was going to be another scorching hot day here in San Diego and in fact temperatures did exceed 100°F later on. After searching favored spots in the south and east sides of the cemetery I started walking over to the northeast section.  As I got near to the small road loop a small warbler flew up onto a low branch of the first large Torrey Pine, letting out a loud strong “chip” call. As I got it lined up in my binoculars I could see that it did not hop, but walked slowly along the branch! Sure enough it was boldly streaked underneath and had a large pale eye-ring – Ovenbird Seiurus aurocapilla! 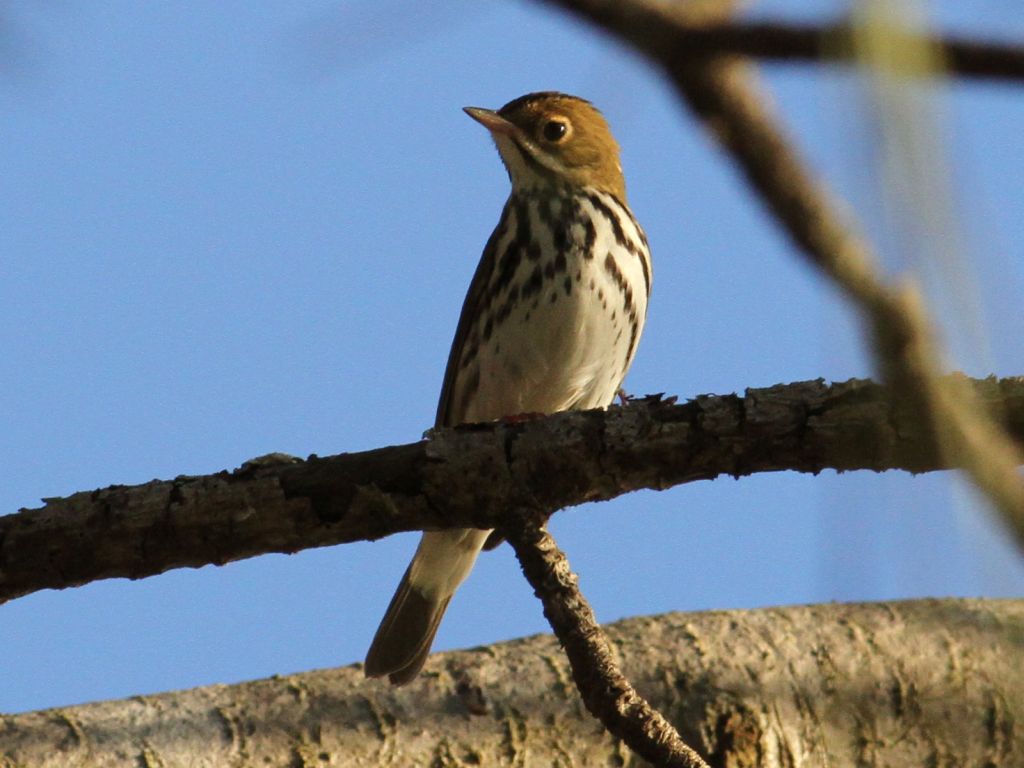 The Ovenbird paced carefully along the branch looking down at me allowing a few more photographs. In some respects it almost looked like an Olive-backed Pipit from Asia walking along the branch, and for a split second the thought crossed my mind it might be that species, until I saw the very bold black streaks – a bit too strong! After just a few seconds of presenting itself the Ovenbird flew off over the east perimeter wall and away. 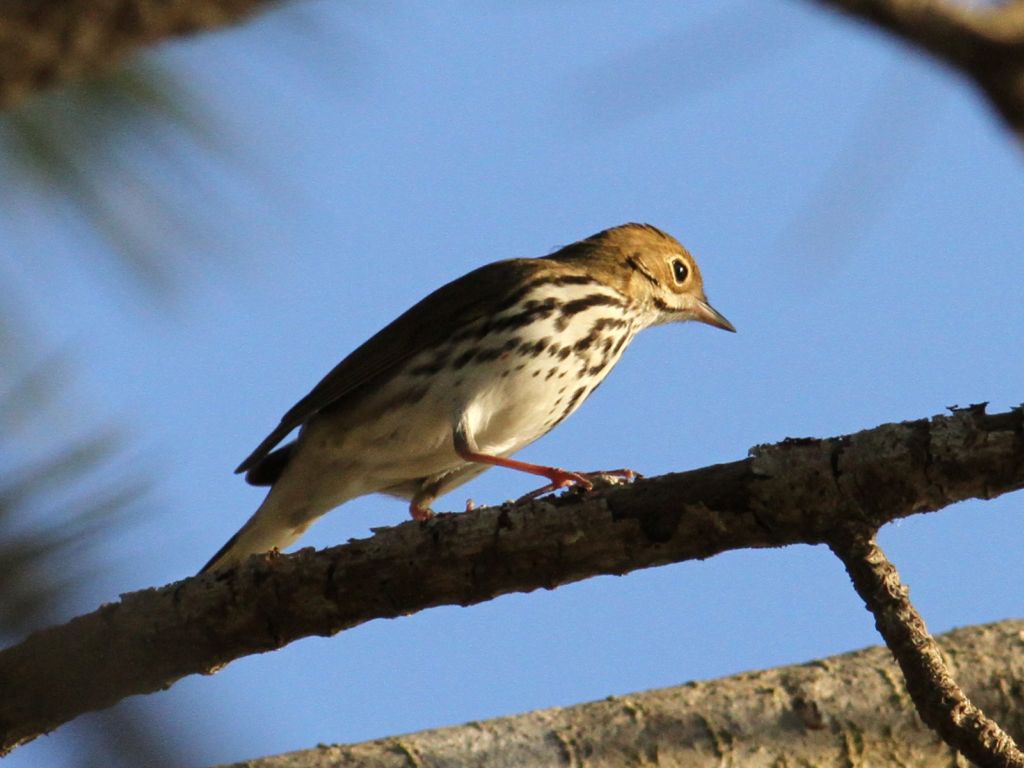 Ovenbird is a rare visitor to San Diego County with about one record per year. Some individuals have stayed for long periods at favored localities. The species is considered a Category B rarity by San Diego Field Ornithologists which denotes about one record annually. 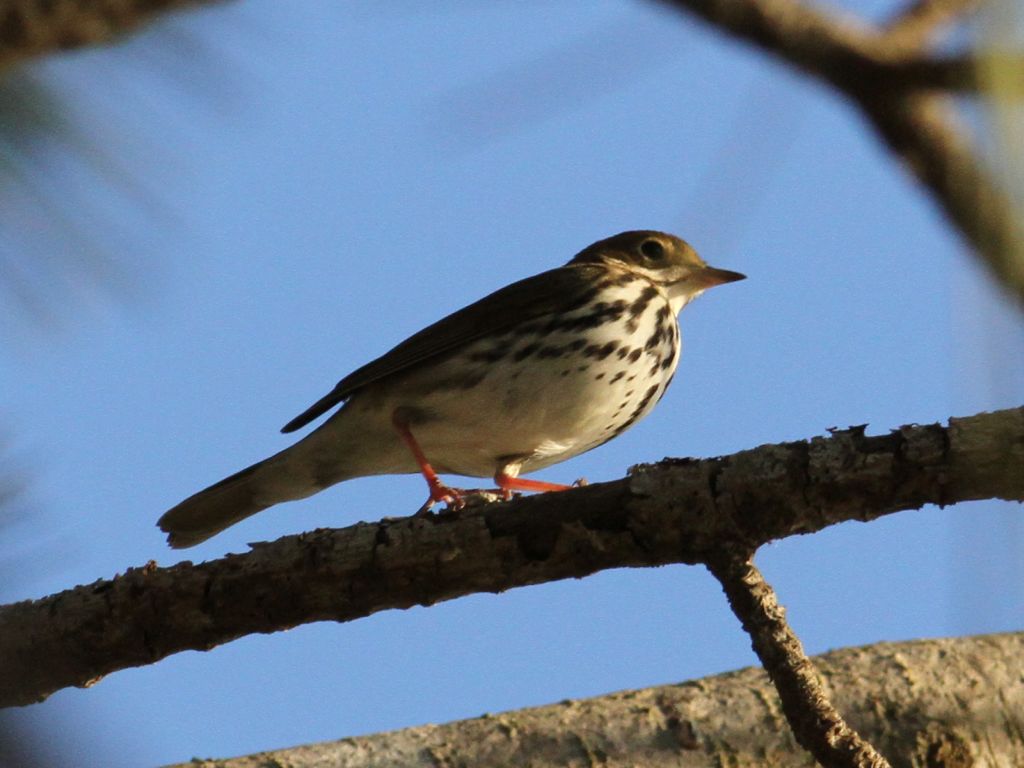 The call of this species is quite distinctive, a loud sharp “chip”. Looking through online resource Xeno-Canto there are several good recordings of the call. The recording below is of two birds calling together. The louder voiced individual in this recording is a good match to the bird I saw today.