[All photographs copyright, Gary Nunn 2012] – This morning I spotted a lone pale looking Brant making a wide circle into La Jolla Cove. Lucky for me it came back directly over the assembled birders and I obtained these flyover shots as it passed closely overhead. The pale belly contrasting with the dark chest and very small separated white markings only on the neck sides, not forming a collar, indicated this was an adult “Atlantic Brant” Branta bernicla hrota. Not a bad find here in Southern California as it turns out! 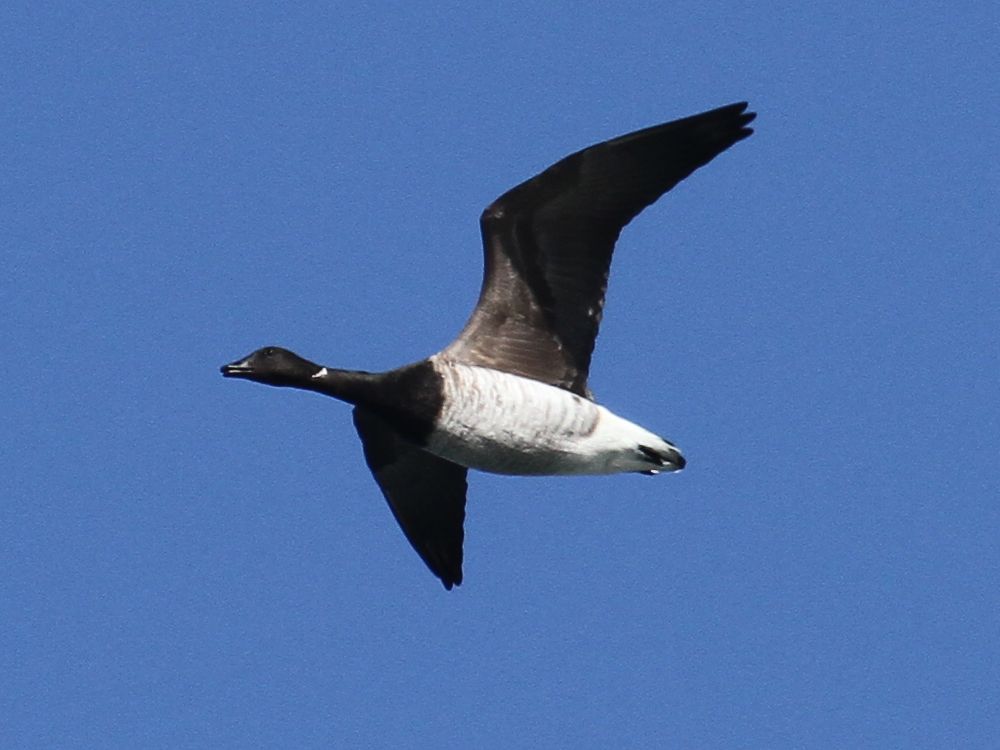 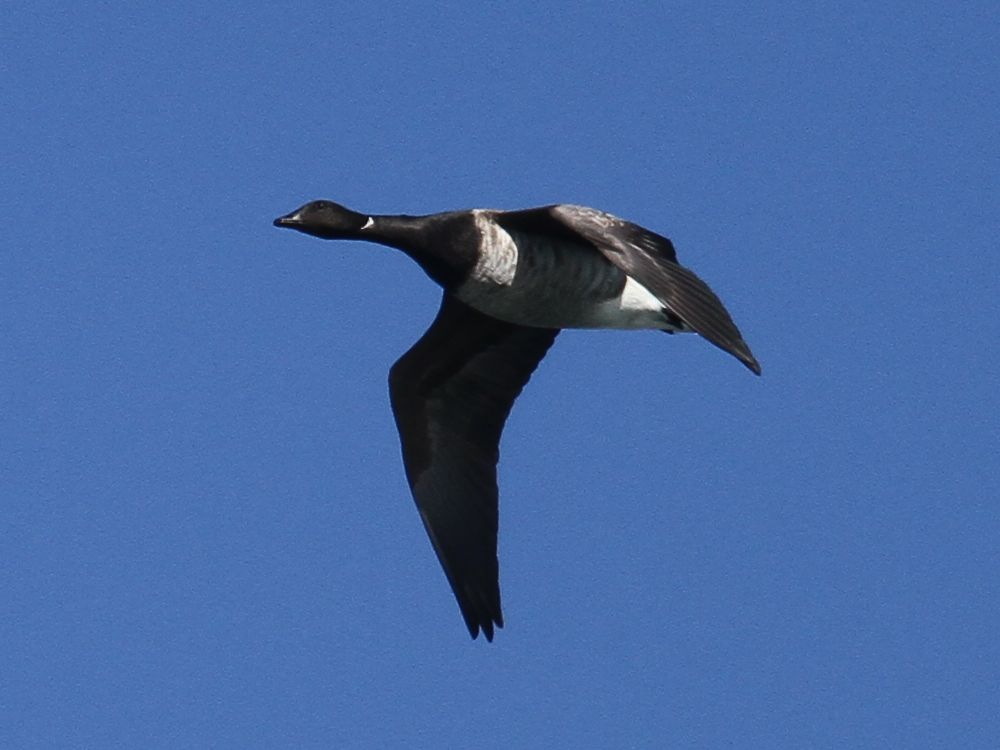 Our regular migrant and winter resident form “Black Brant” Branta bernicla nigricans have been arriving into San Diego Bay and Mission Bay where I have lately seen small groups assembling. This is the first “Atlantic Brant” that I have seen in San Diego County and this eastern form of Brant appears to be very rare here in Southern California. In a post to SDBIRDS about this morning’s “Atlantic Brant”, which Paul Lehman also observed, he mentions that there were previous San Diego County records of this subspecies back in the 1970s in the large wintering Brant flocks on SD Bay. Paul only recalls several reports since that time from southern CA, “those coming from spring seawatches in the Santa Barbara area–though worn “Black” Brant at that season are always a possible confusion factor”.