[All photographs copyright, Gary Nunn 2012] – The stormy weather brought a big movement of birds on the ocean close to shore this morning at La Jolla Cove, San Diego. Just after dawn, in among a large flock of Surf Scoters, the call came out for two White-winged Scoter Melanitta fusca deglandi approaching from the north. Tucked in among Surf Scoters, they skimmed by in the early morning light. These photographs are the best I could obtain at high camera ISO and fast shutter speed in the low light! The two birds appear to be an adult male on the right, the left hand bird could be an adult female in fresh plumage or an immature male, the face is poorly lighted to discern whether it has any pale markings. 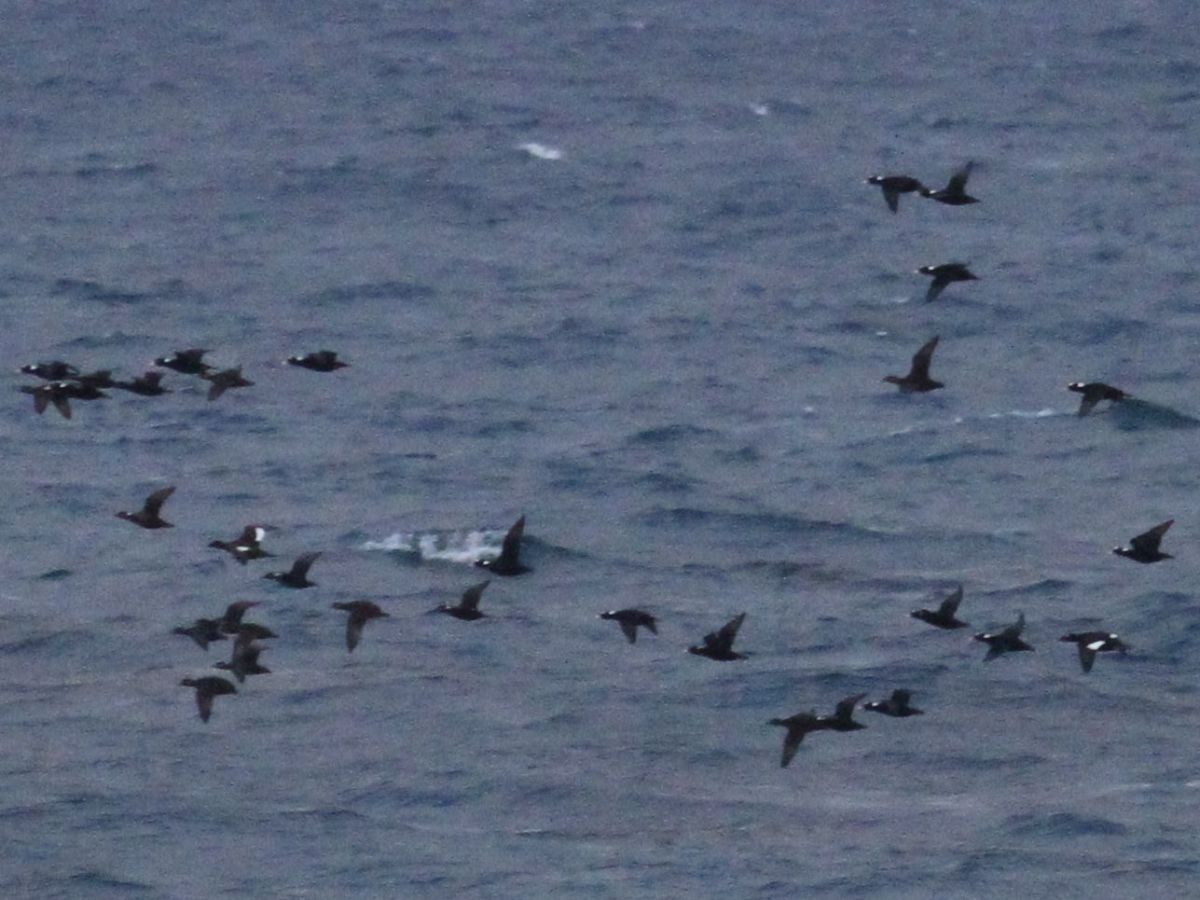 This magnified view of the male White-winged Scoter shows off its size, the largest of the scoters. The white patch beneath the eye can just be made out in the photograph and of course the white secondaries are prominent. 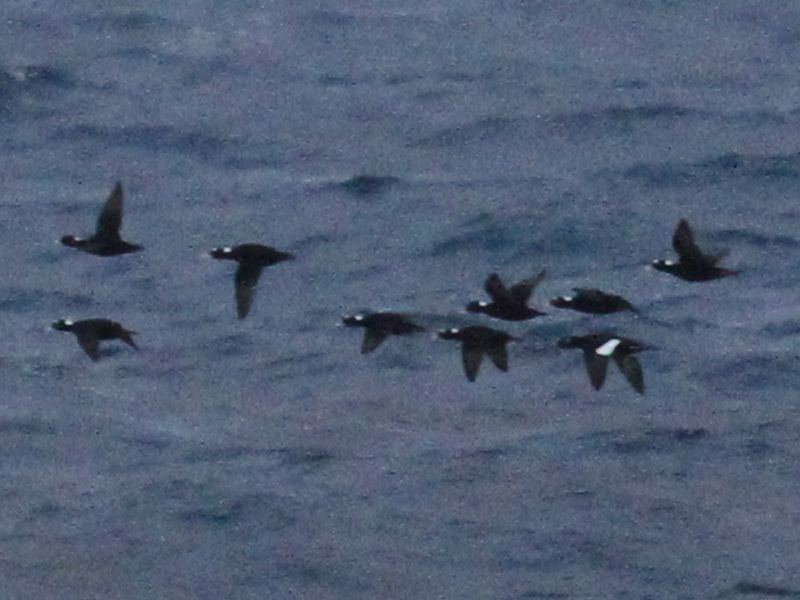 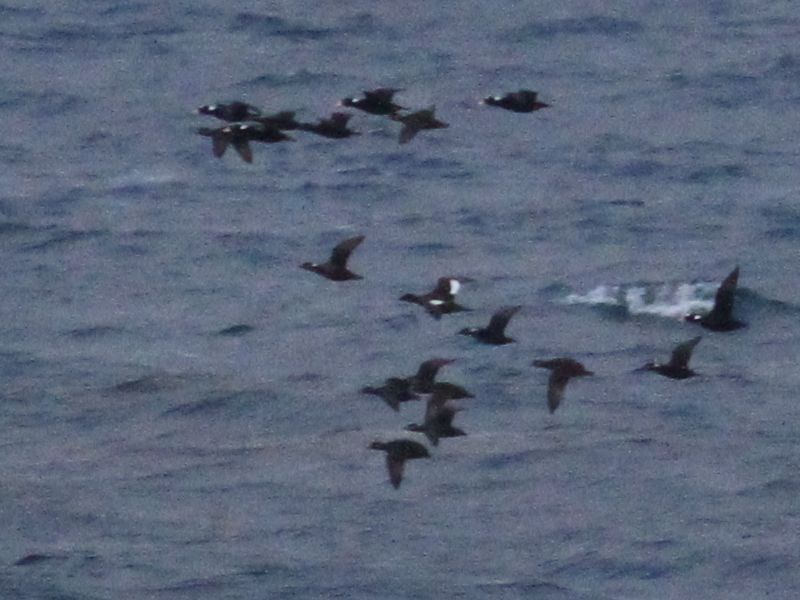 Not long after the White-winged Scoters went by I was looking north when a line of Surf Scoters came flying straight towards us with a smaller greyish-white duck in the center – Long-tailed Duck Clangula hyemalis! It passed by at fast speed allowing just a few photographs but luckily it can be seen clearly among the larger scoters. The nice white face with a darker rear cheek patch seems to indicate this is an adult female in winter plumage. 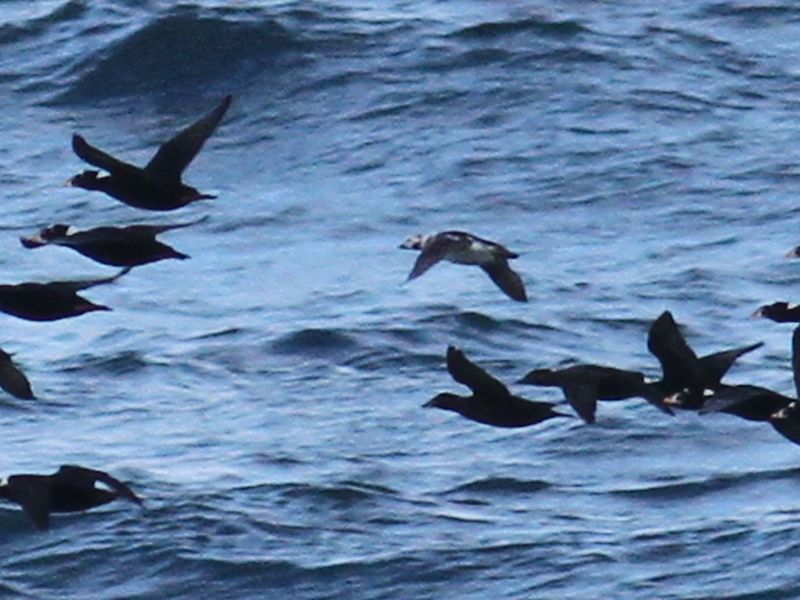