[All photographs copyright, Gary Nunn 2012] – I made a quick circuit of Fort Rosecrans National Cemetery early this morning and was just about to leave when I found this stunning looking adult male Varied Thrush Ixoreus naevius. Like many species of shy forest thrush it first took flight to find a high up hidden perch, in this case in a large pine tree, where it gazed down at me safely from the boughs above. I thought patience would win in this situation and it might return to the ground, but then it took off flying powerfully south! 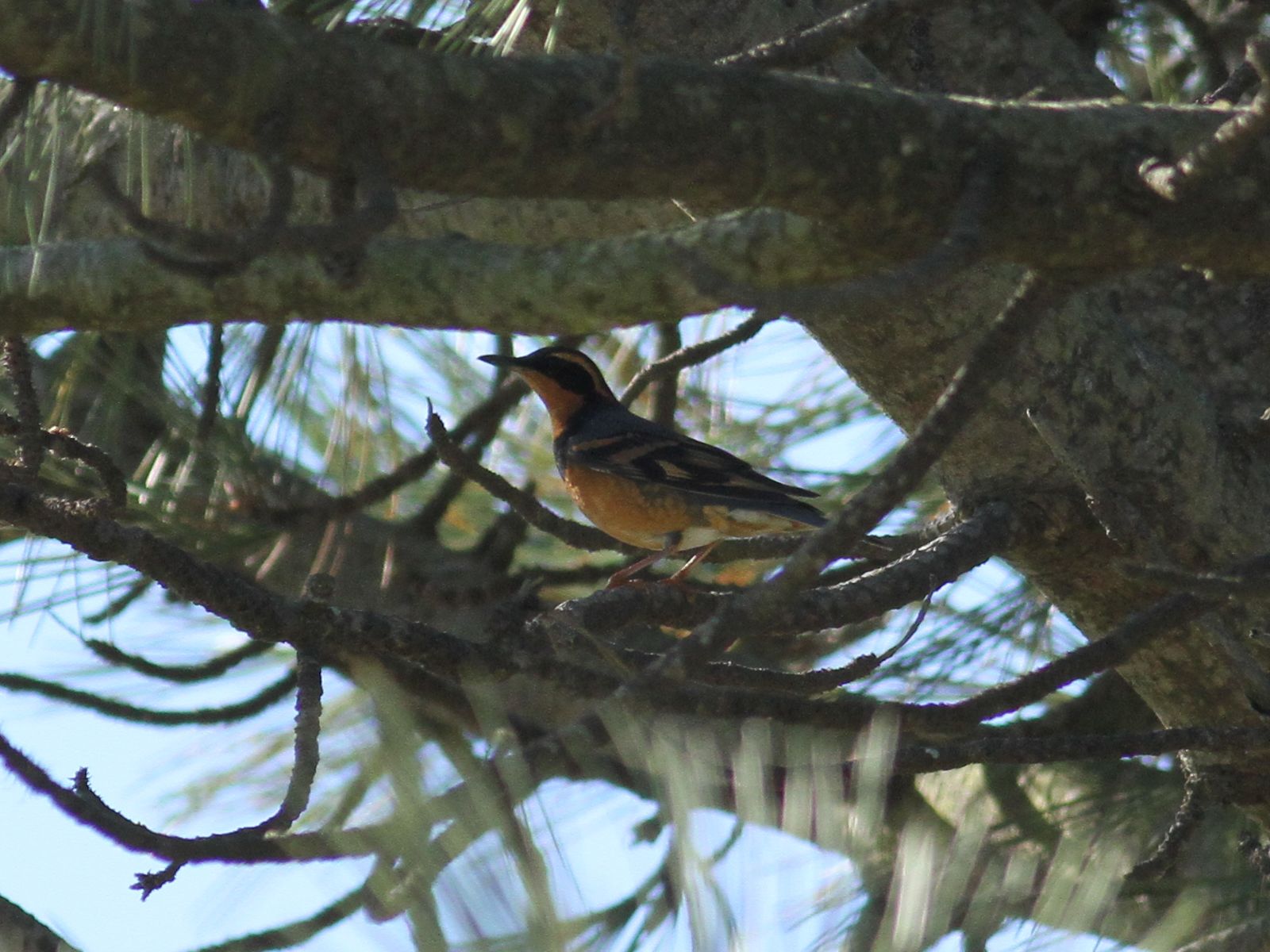 I followed the bird around for some time, hoping it would allow a closer look and some photographs of its stunning plumage. It showed distantly – pine trees, out on the lawn, even walking on the roadway! Finally it flew down behind the west fence of the cemetery at “The Dip” so I slowly crept forward to see if I could spot it in the shady undergrowth. I was standing next to the fence thinking wouldn’t it be great if it flew and landed right there in front of me. Sure enough a few seconds later I heard the “chup” call this species makes when taking flight, and it flew through the bushes and landed right in front of me in the spot! 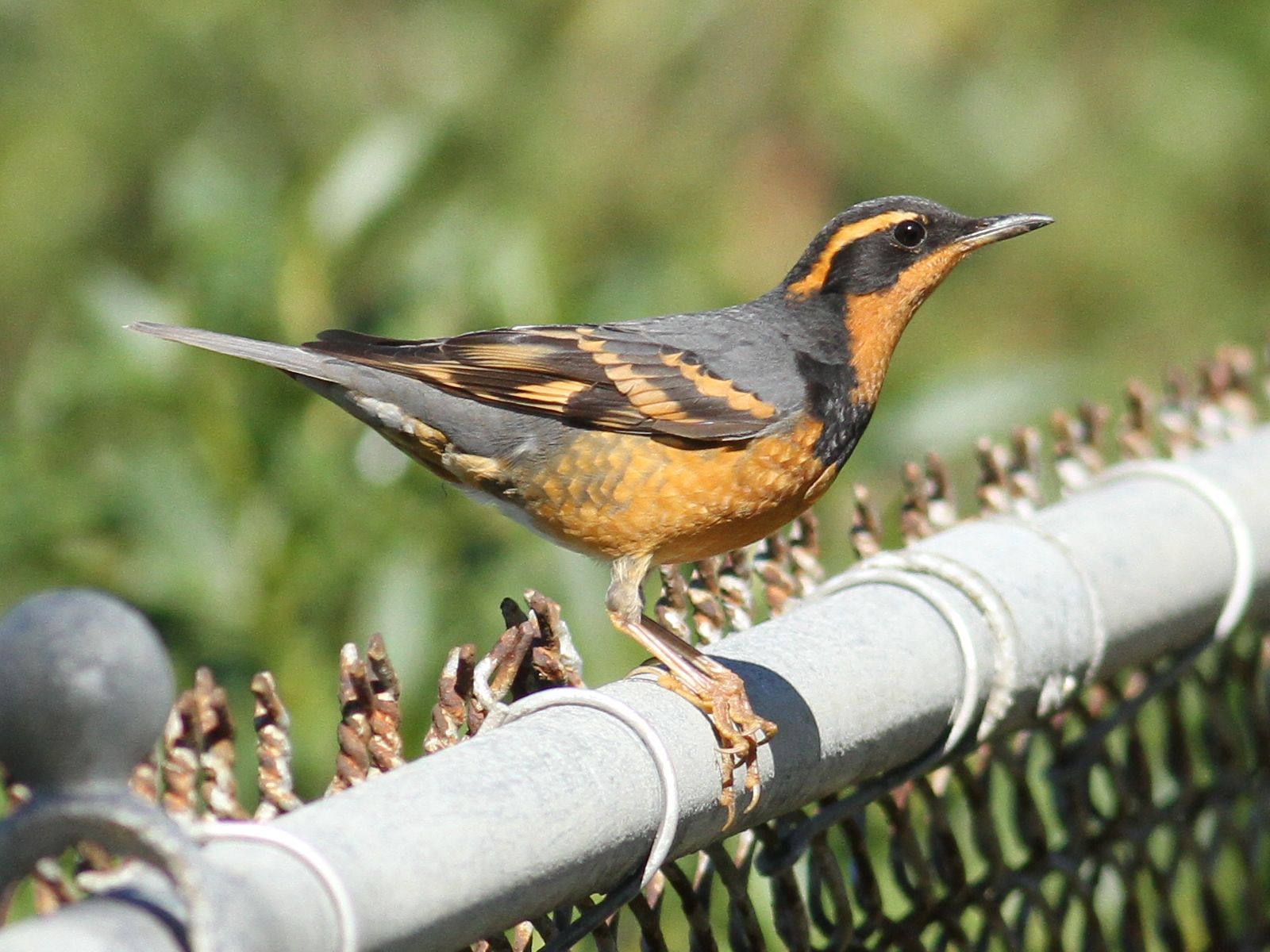 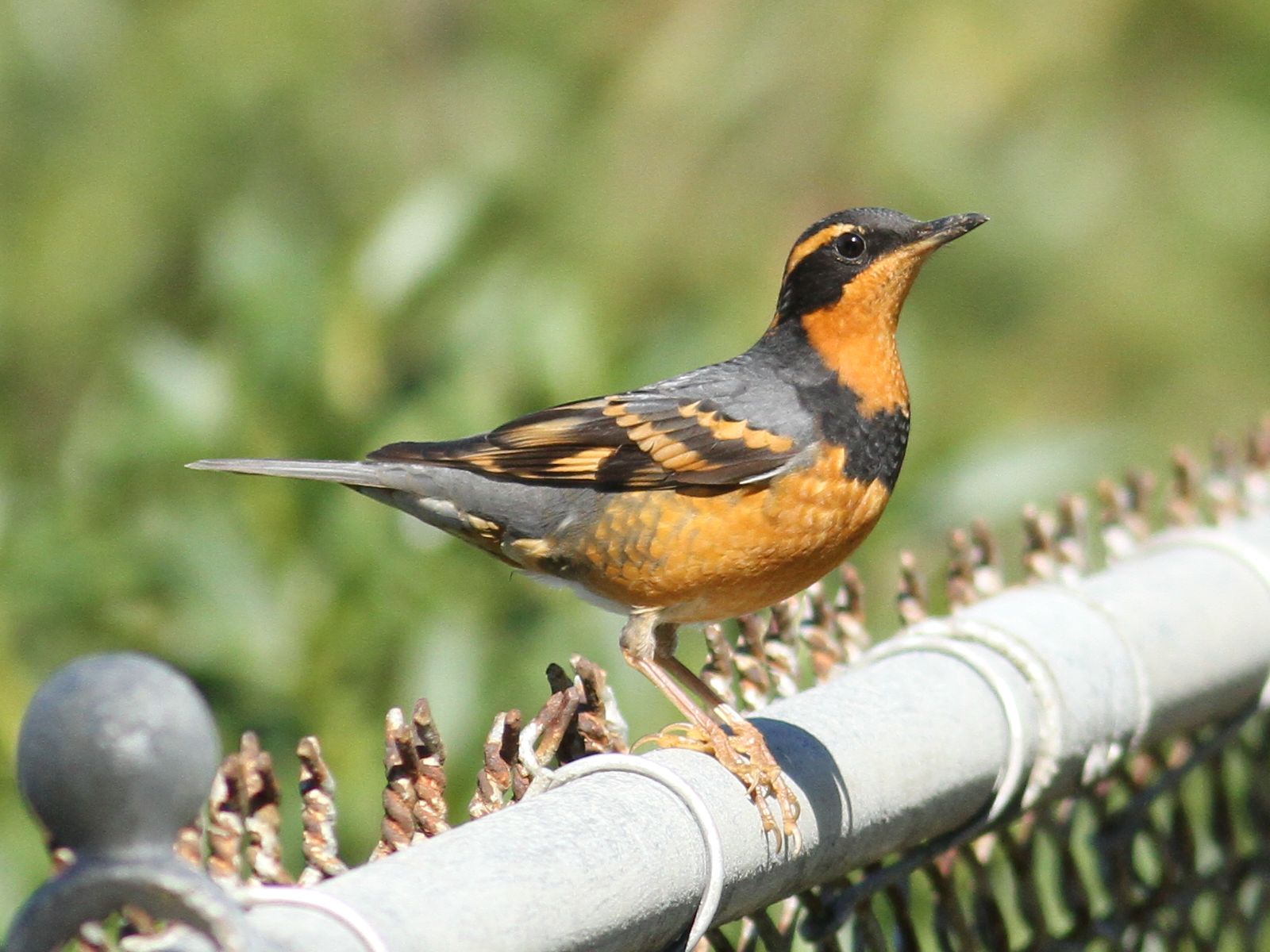 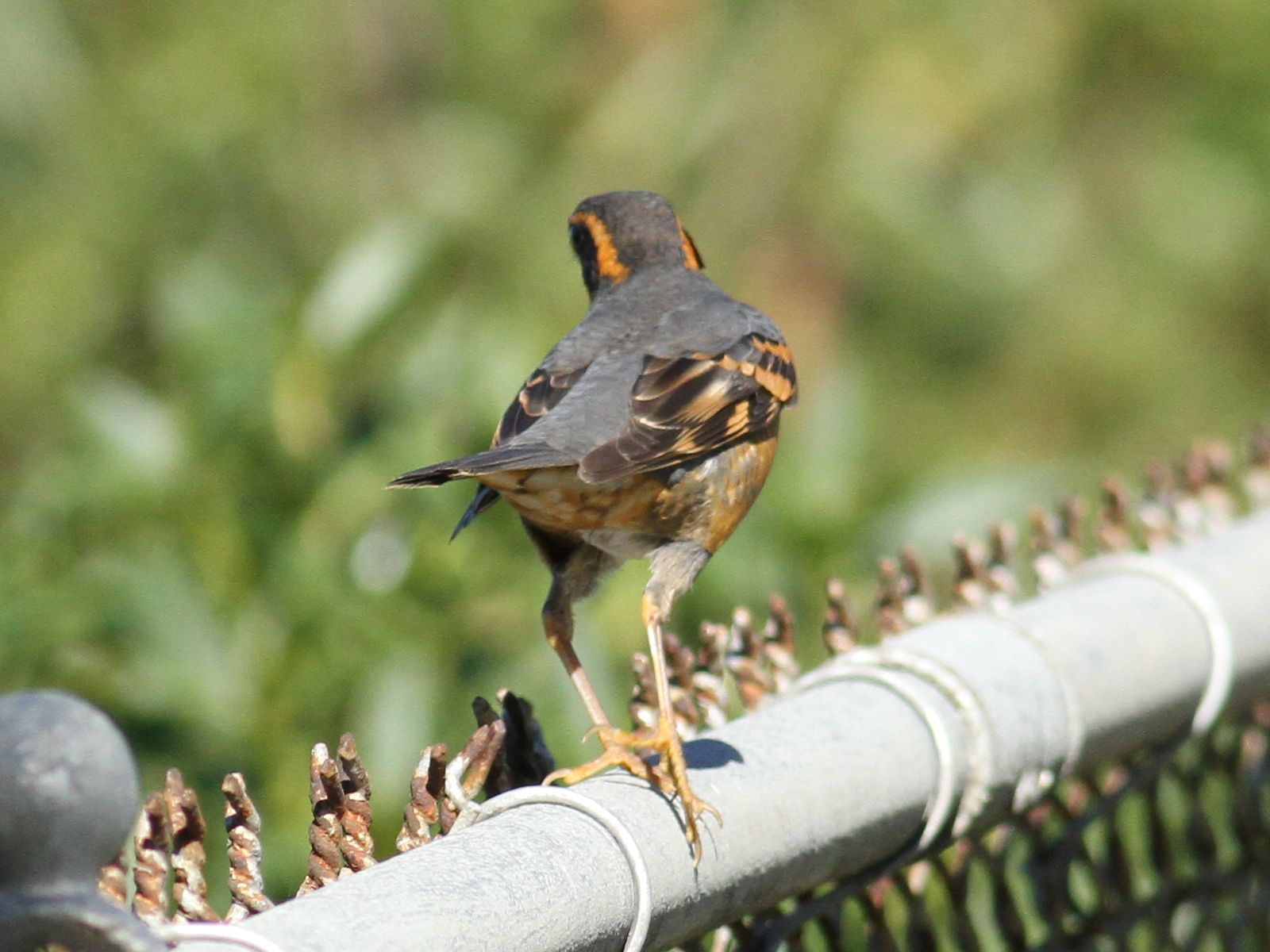 This species was about at the top of my wanted list for finding myself and photographing. So it was very satisfying to finally see this handsome bird alight next to me and allow such detailed photographs. Varied Thrush is a rare winter resident in San Diego County making a usual first appearance around mid October. Several birds were seen in the winter 2011-12 at different locations in the mountains including two together found by Matt Sadowski in the Lagunas. It can be found less frequently in the winter at coastal locations, quiet wooded areas of Point Loma are a good place to search.