[All photographs copyright, Gary Nunn 2012] – While searching near Mission Bay Golf Course, San Diego for yesterday’s Prairie Warbler, I came across this brightly colored basic plumaged Chestnut-sided Warbler Setophaga pensylvanica. It was feeding in another lerp infested eucalyptus close to the golf course but proved difficult to photograph as it hung right over the highway! This bird is in quite freshly molted basic plumage which really shows off the stunning green color on the upper parts. Not a bad consolation prize as it worked out! 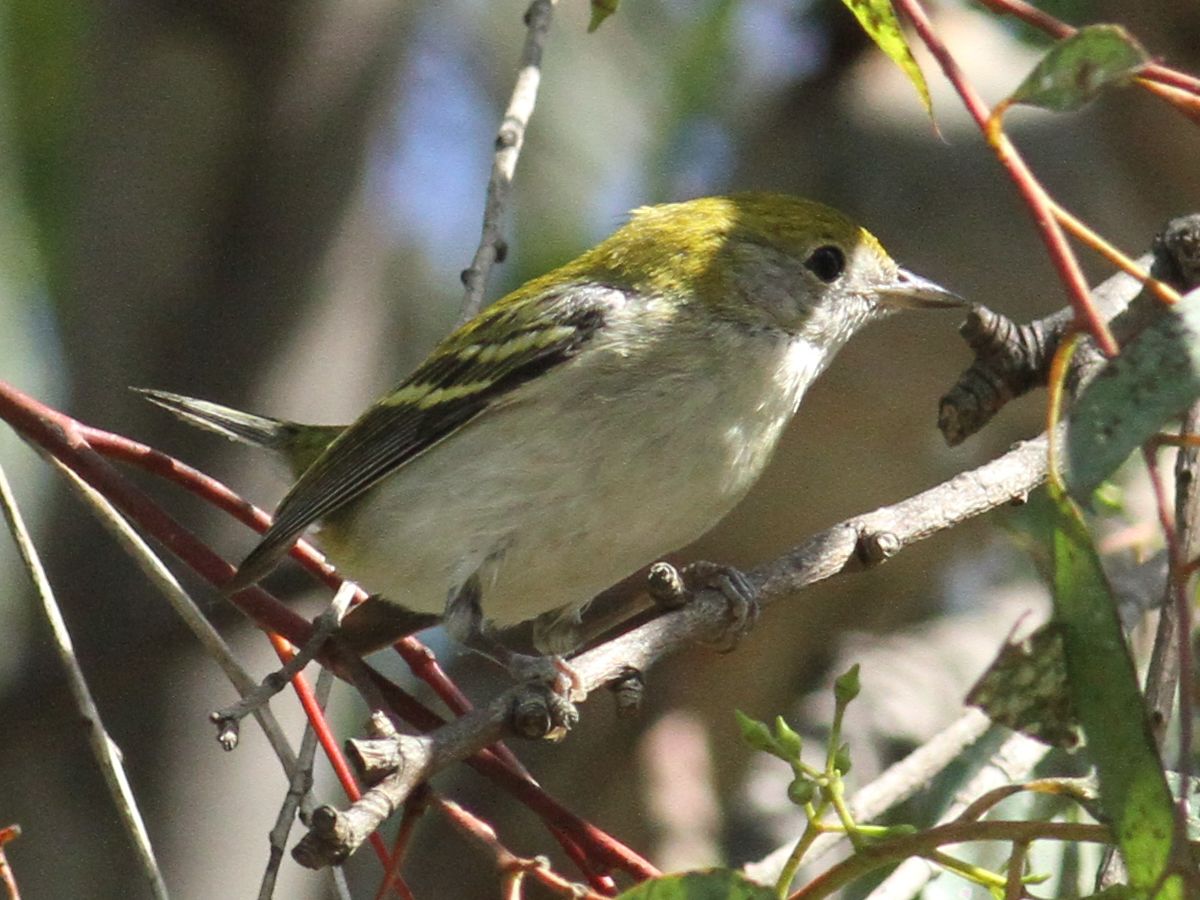 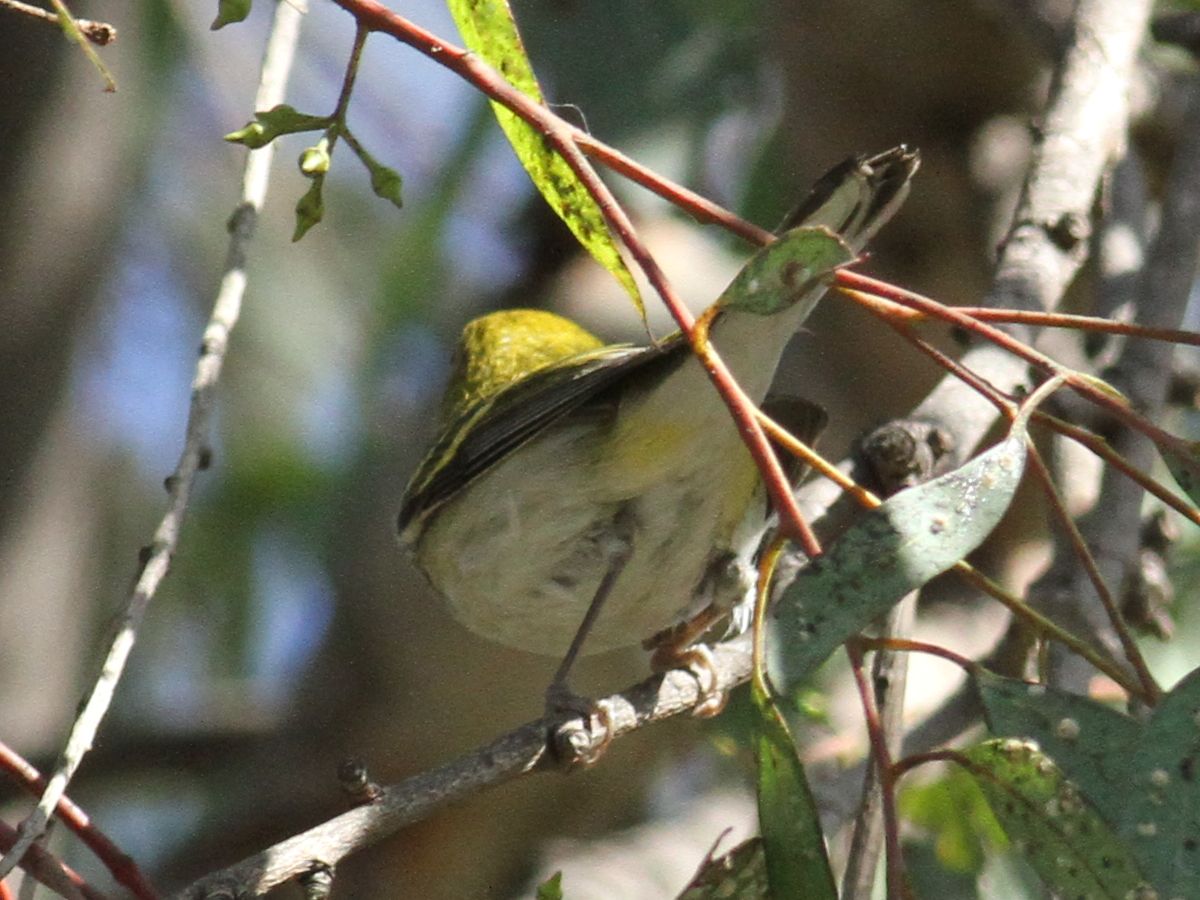 The vivid green coloration on the upper parts, indistinct dark centers to upper tail coverts (barely visible on the last photograph below), and extensive white coloration on the three outer rectrices (r4-r6) indicates this is most likely a hatch year male Chestnut-sided Warbler. One neat field character to help identify this bird in the tree canopy above you, looking essentially white from below, are the clearly visible pale yellow patches on the rear flanks behind the legs. 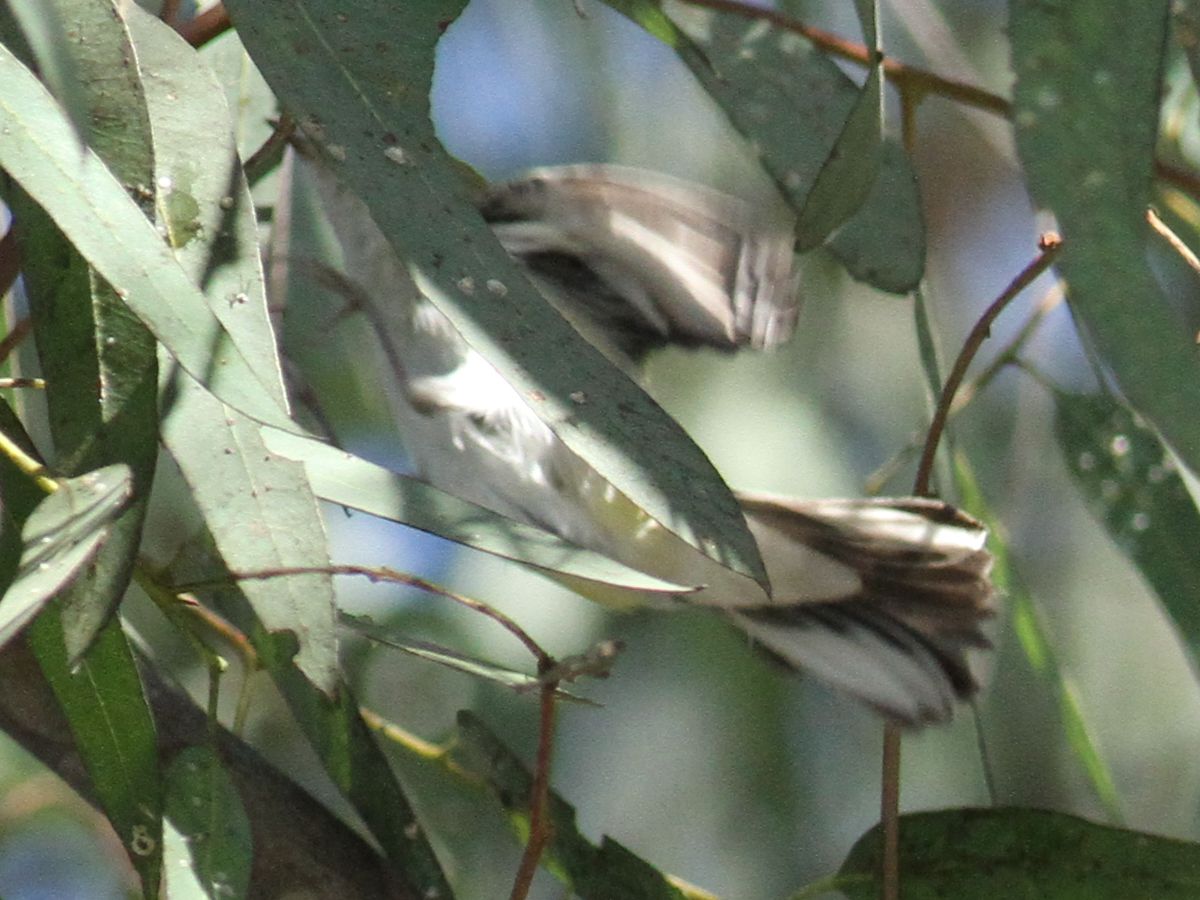 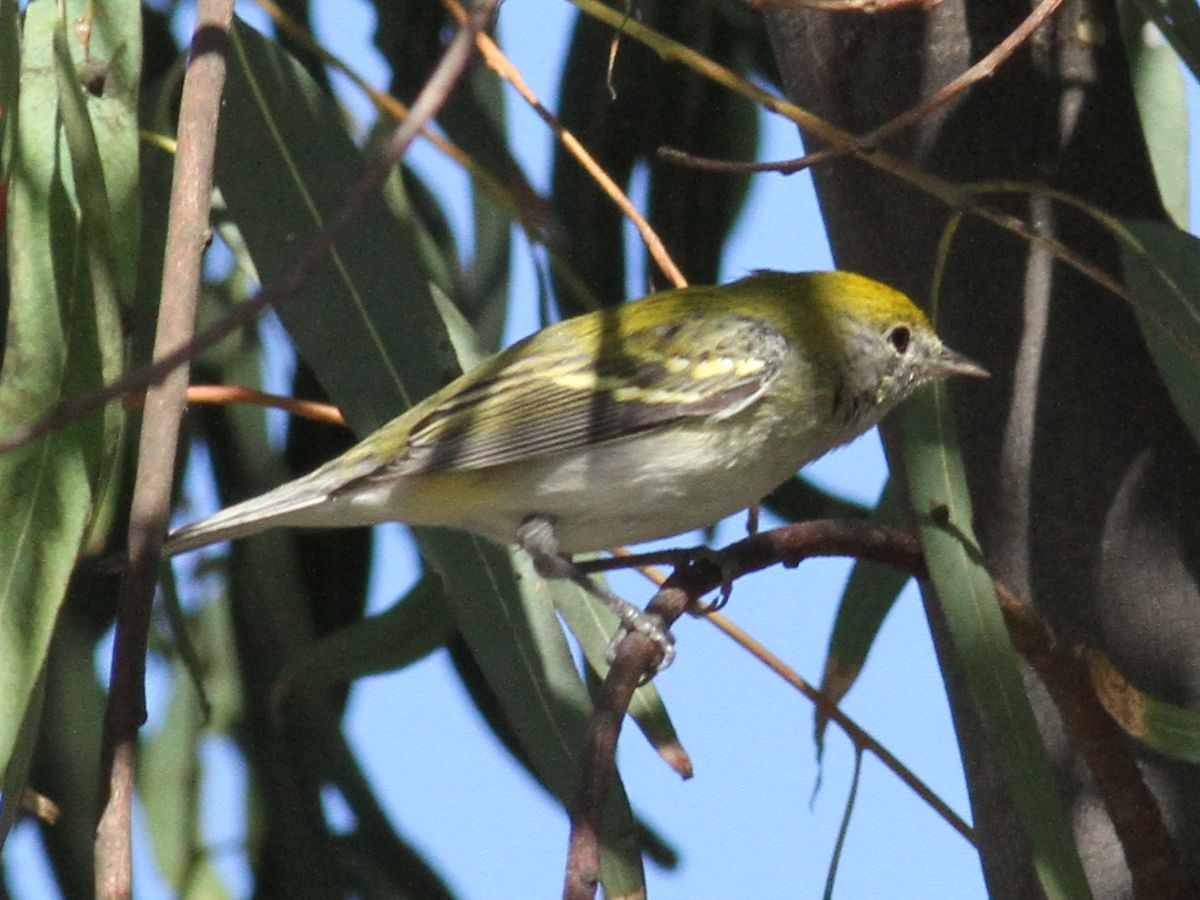 So far in Fall 2012 Chestnut-sided Warbler has only been found at Lake O’Neill, Camp Pendleton in North County where perhaps two different individuals were seen in September. It is one of the more frequently recorded eastern warblers in California and can usually be banked on to be found here in the county each fall. This happens to be the first one I found myself here in San Diego County, my “self-found” list is climbing!