Sometimes a familiar bird flies by and it just does not look right. That initial uncomfortable gut feeling is a real trigger to chase after it! So when I saw this blackbird fly by me the other day at Fort Rosecrans National Cemetery, well, I almost dismissed it. But something wasn’t right. When it landed and started walking around I realized what about it was bugging me. From a distance it was all deep blackish-chestnut colored! As these photographs reveal, this Brewer’s Blackbird Euphagus cyanocephalus is actually not a plumage coloration you would normally encounter for this species! Even the eye color had a deep chestnut tone to it. 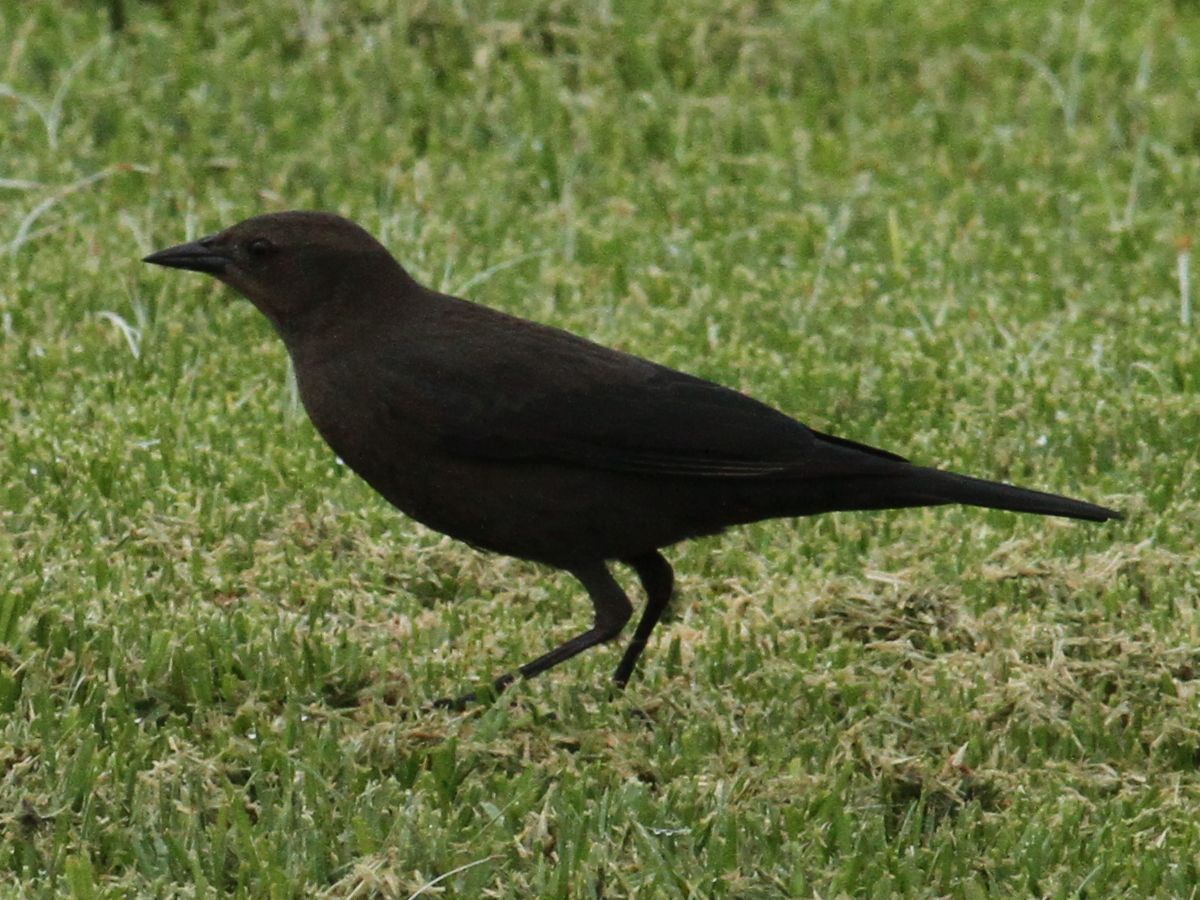 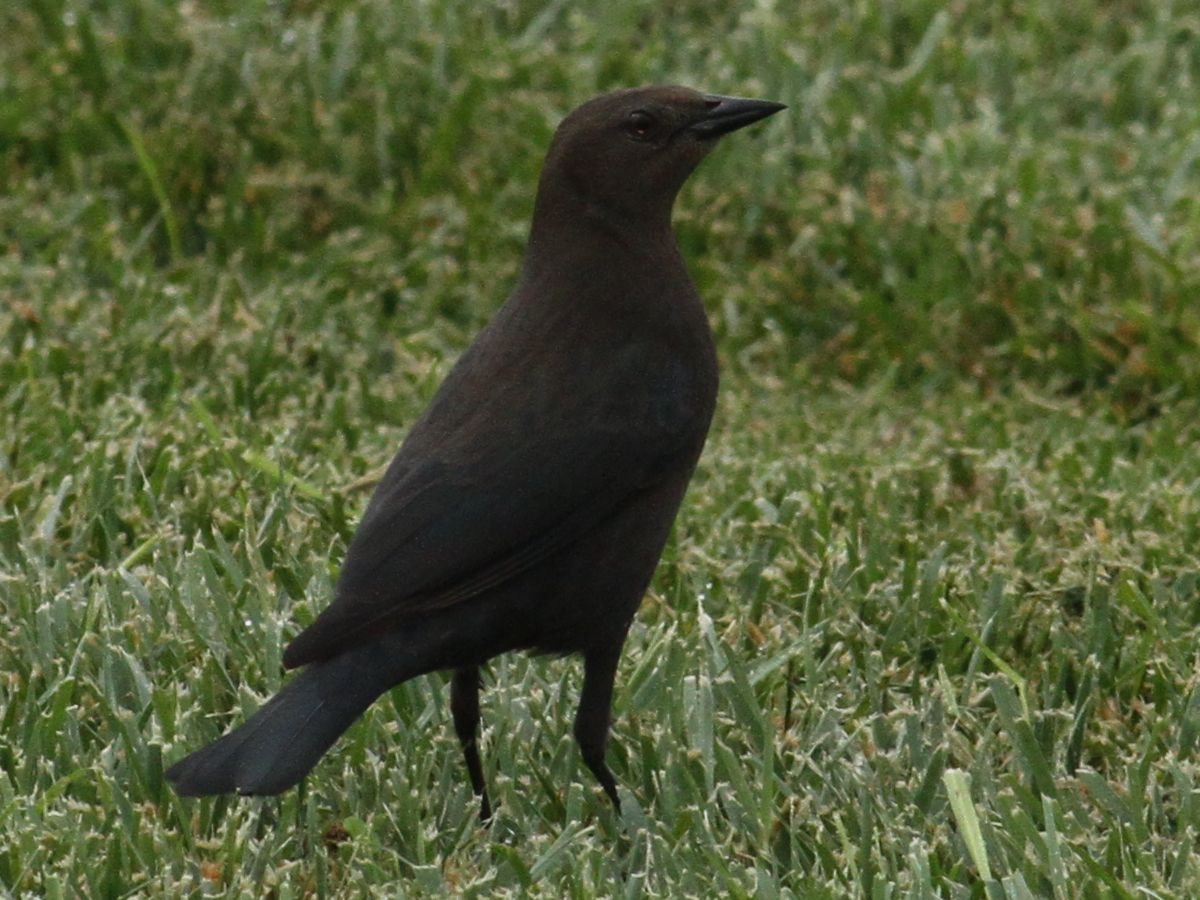 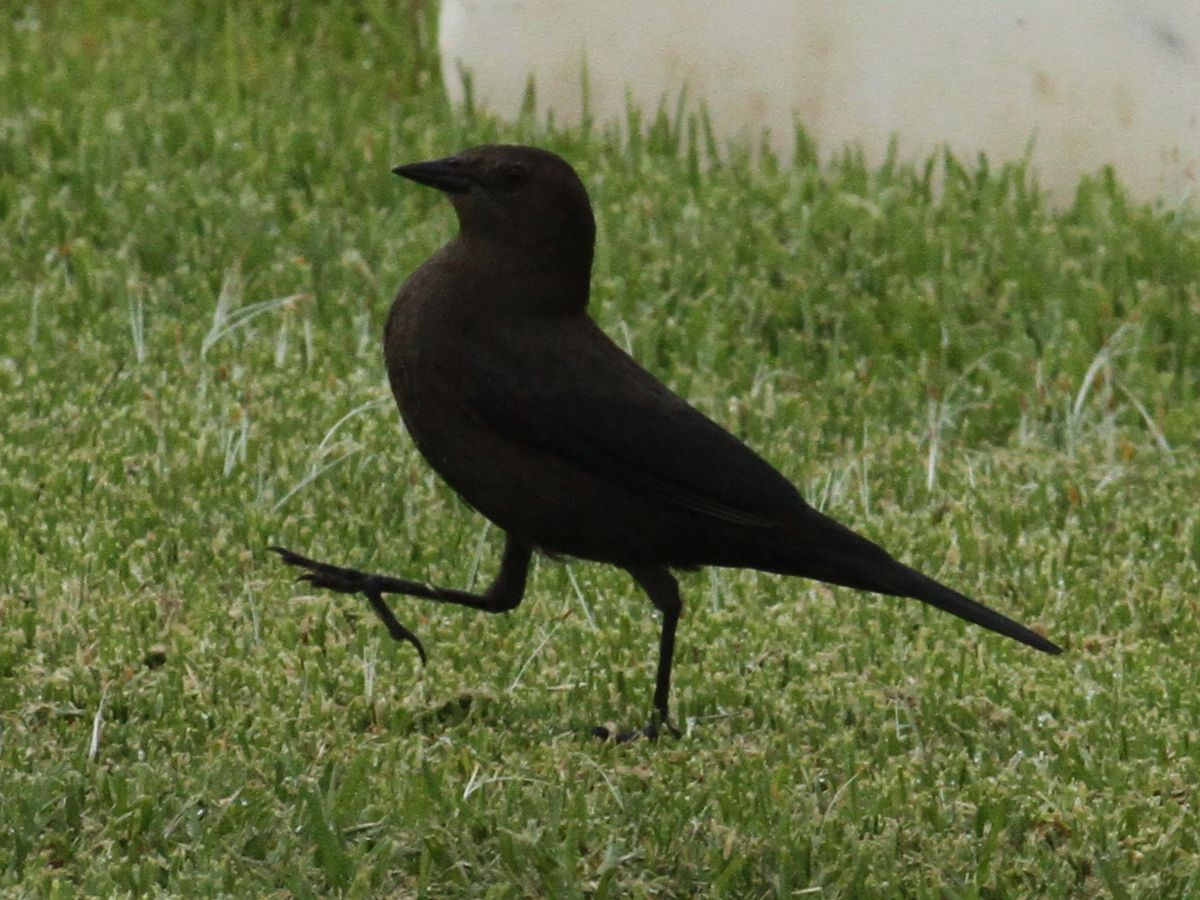 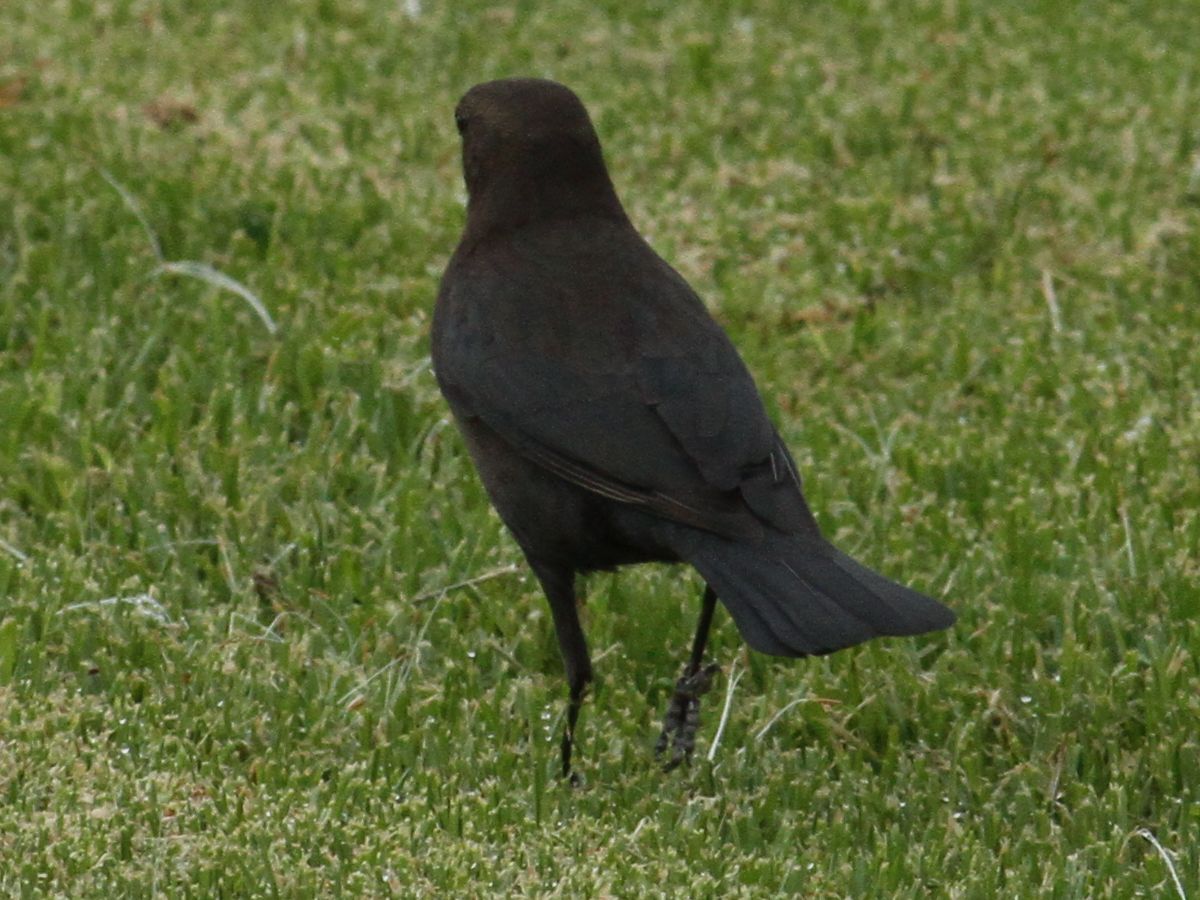 Who better to ask about this unusual looking blackbird than Alvaro Jaramillo, coauthor, with Peter Burke, of the Helm Guide to New World Blackbirds. After examining one of my photographs Alvaro agreed that this was “an extra dark individual, beyond what is normal” and “weirdly dark” for Brewer’s Blackbird, most probably an adult with some degree of melanism. It appears to be an adult since it has a reddish tone to the eye color rather than brownish like a juvenile would have. If it is an adult with unusual melanistic plumage coloration then most likely it is a female.

I searched high and low on the internet for a similar looking Brewer’s Blackbird and did in fact find just a single example photographed which appeared quite similar to this bird. It would seem to be a rare plumage variant but worth keeping in mind when checking blackbird flocks locally here in San Diego.