[All photographs copyright, Gary Nunn 2014] – This first cycle Mew Gull Larus canus brachyrhynchus surprised me at Pt. La Jolla this afternoon when it suddenly appeared coming around the point. The misty conditions made photography problematic and I was impressed with the performance of my new Canon 1Dx camera body. The full frame sensor of the 1Dx, paired with the 500 mm f4.0 and 2X teleconverter, admirably pulled off this image acquisition at the 1000 mm effective focal length in spite of poor light and the considerable distance.

This first cycle Mew Gull has molted into some first prealternate plumage revealing newer white feathers about the flanks and chest as well as a light gray mantle. Some juvenile feathers remain, for example the brown feathers of the belly as well as the faded and mismatched looking upperwing coverts. I find the easiest way to tell this species from Ring-billed Gull, potentially confused with Mew Gull at this age and plumage, by the bill shape. Mew Gull has a thinner bill with a more shallow curvature to the culmen tip providing a more gentle looking bill. Ring-billed Gull on the other hand is deeper billed with a strongly decurved culmen tip which contributes to its more aggressive and substantial looking head morphology. The dusky underwing, particularly darkish around the axillaries, and brownish “scarf” around the neck are also characteristically good field marks for an immature Mew Gull. 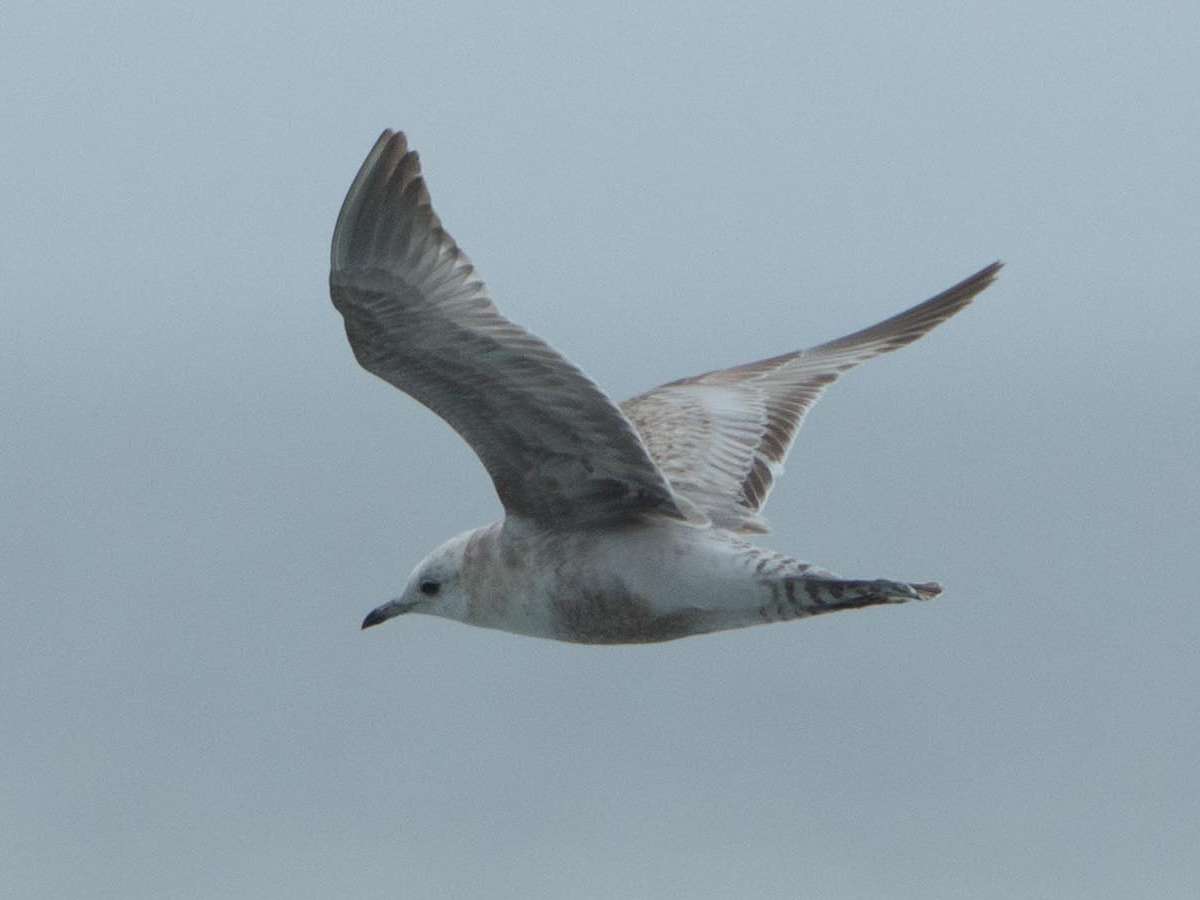 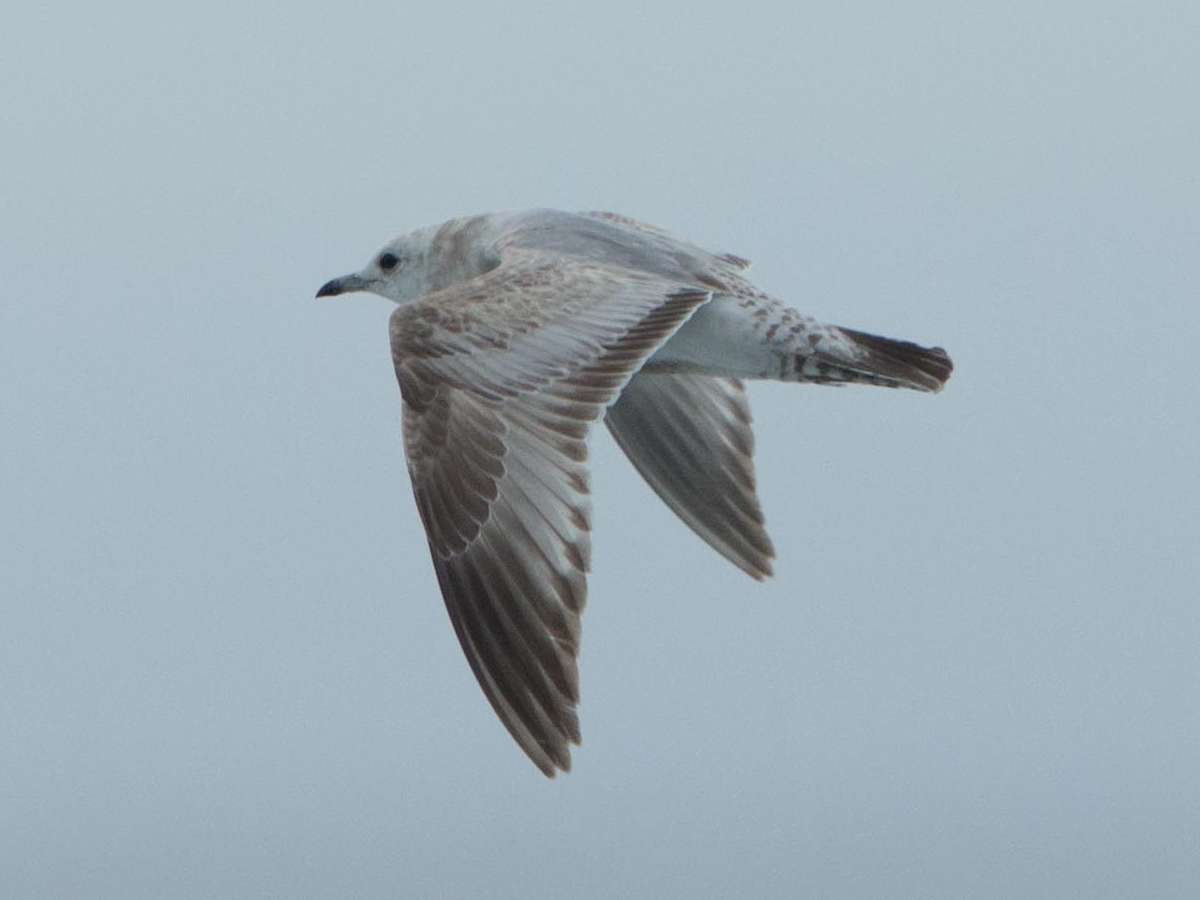 One thought on “Mew Gull in the mist – Pt. La Jolla”