[All photographs copyright, Gary Nunn 2012] – I spotted this Crested Caracara Caracara cheriway at the A&G Sod Farm on 02 Sep 2012, it was literally flying just fifty yards north of the Mexico border fence. I was investigating passerines in the moist river bottom herbage when I looked up and it had just flown right by me heading west! I managed to scramble for a couple of distant documentation photographs as it veered around north and headed directly to the main Dairy Mart Pond. I last saw it disappearing behind the willows with a small explosion of corvids exiting the area. 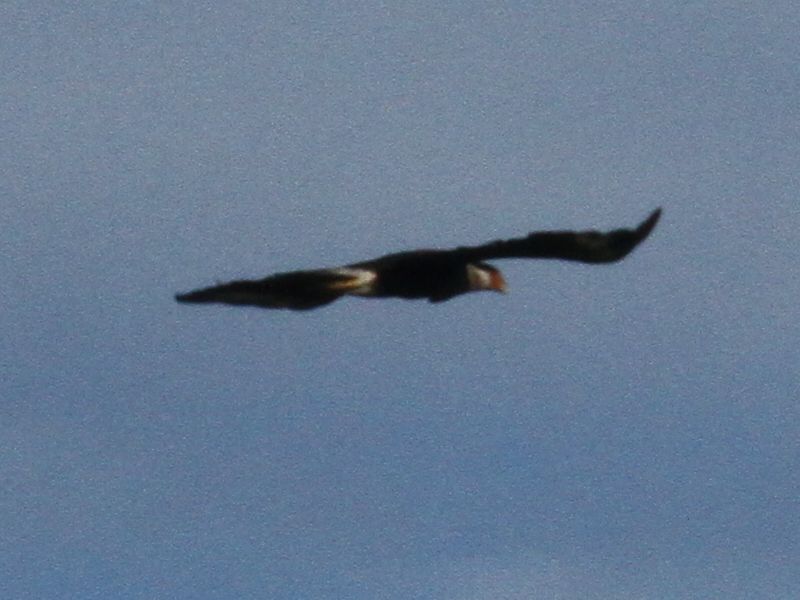 This individual is most likely the same one I observed here almost one year ago on 25 Sep 2011. As it turned out only one of two records for the state of California in 2011, the other record coming from Point Mugu Naval Air Station, Ventura County, first seen on 19 Dec 2011. This raptor is quite a rarity to connect with in California, at least in the last couple of years. 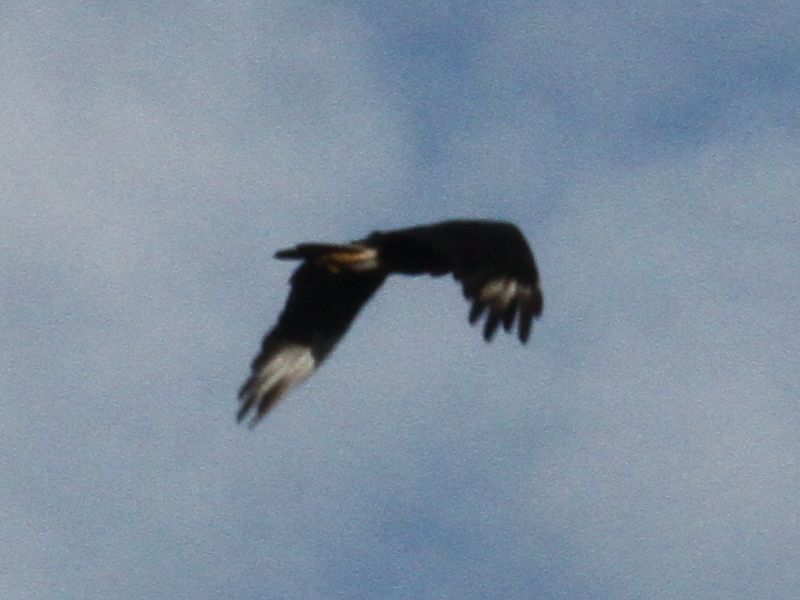 The very dark coloration, black really, shows this is an adult Crested Caracara since the juvenile plumage is more pale barred and grey-brown overall. The white primary patches, “windows”, can be clearly seen in flight of this long winged powerfully flying raptor. The black capped head with pale cheeks and pink facial skin set off the pale horn, or bluish, colored bill. Noticeable also are the prominent yellow legs and long black tail accented with the white narrow band on the upper tail coverts. 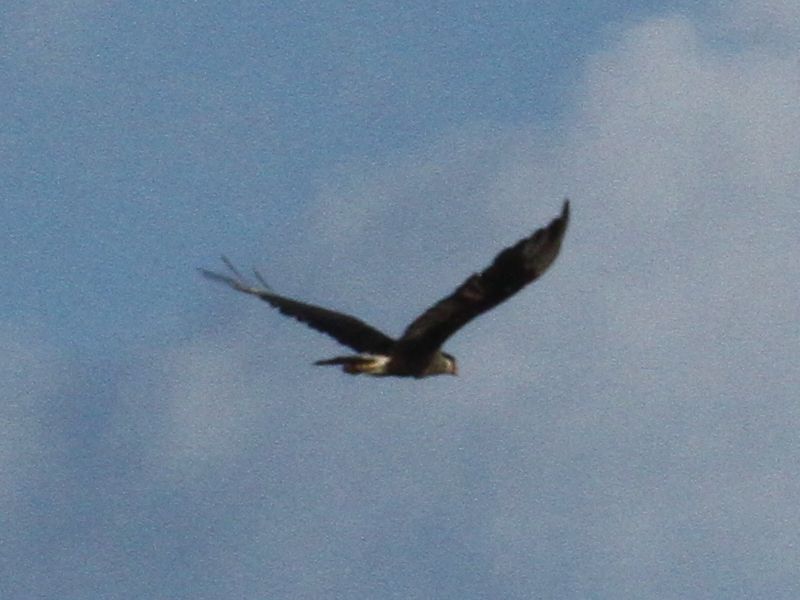 Later in the day it was seen again by additional observers at the Dairy Mart Pond perched on a dead snag. This bird may be the same individual seen on-and-off over several years by many observers between 2006-2009 favoring the same area of the Tijuana River Valley.