[All photographs copyright, Gary Nunn 2013] – As it now turns out, Blue-footed Booby was not the only rare bird making a visit to Pt. La Jolla, La Jolla on Friday 13 Sep 2013. Looking west off the promontory a little before noon on that day I was single-mindedly searching out potential boobies among the milling bird flocks and did not pay too much attention to other birds. At 11:55 a.m., however, a large shearwater with dark upperparts and white underparts did make me jump as it flew around the outer edge of the kelp beds. In hindsight I understand now why this bird triggered some questions in my mind, but at the time I simply dismissed it as a Pink-footed Shearwater flying kind of strangely and looking too thin. As it flew away I raised my Canon 7D with 400mm lens and took just nine photographs all at a considerable distance and in light hazy fog. Just twenty minutes later I was into a first Blue-footed Booby sighting, followed shortly by a second one, and more-or-less forgot about the shearwater images in the excitement. Then at 1:20 p.m. I received an email from Stan Walens asking about the booby sighting since he had been there earlier but left around 9 a.m. Stan signed off his email to me with this amazing statement “And keep your eyes open: I had a probable light morph Wedge-tailed Shearwater this morning, working the area just outside the kelp.”

Gone all weekend, on Saturday a pelagic offshore and then Sunday earnestly looking for any rare birds around Point Loma, I only looked at my nine images of the shearwater more carefully late Sunday evening. Certainly I wish I had paid more attention to that strange shearwater now! I believe these nine images show a light morph Wedge-tailed Shearwater Puffinus pacificus flying away from the kelp bed and these confirm Stan’s observation earlier in the morning. Some late night to-and-fro emails and he confirmed this was indeed the same bird he had observed intermittently from 7:15–8:15 a.m. before he saw it fly off to the south and thought it was gone for good. Much of that hour he saw it flying over towards the Scripps Pier, but twice it came inside the kelp bed just off the Point, as close as 200 yards from his vantage point.

Shown below are 800 x 600 pixel size crops taken directly from my nine images and all centered on the bird. There are no color, contrast, sharpening, or other adjustments made to these cropped images which come directly from RAW format files taken off the camera. Images are shown below in the order taken by the camera and span the time from 11:54:56 a.m. to 11:55:05 a.m. (in other words, a mere 10 seconds!).

Image 1 – IMG_7565.CR2 – 11:54:56 a.m. In this image note the small thin body, relatively long looking wings, and wings bent at the carpal (wrist) joint causing the manus (hand, or primary hand) of the wing to face down towards the water. Wing tips appear long and attenuated. 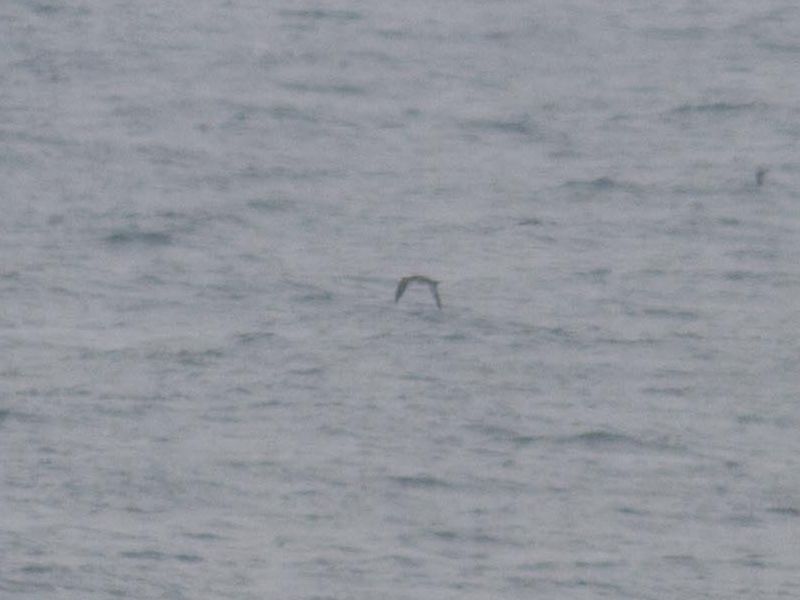 Image 2 – IMG_7566.CR2 – 11:54:56 a.m. In this image again the small thin body is noticeable, the narrow pointed tail, upswept wings are slightly crooked at the carpal joint leading to a “jaeger-like” look from this angle.

Image 3 – IMG_7567.CR2 – 11:54:59 a.m. In this image, taken three seconds after those above, the bird has turned slightly to the left. The small head outstretched is noticeable as well as the long dark pointed tail. The right wing crosses below behind the tail obscuring the tail shape. The wings are held forward of the body, at or below the body plane, and are crooked at the carpal joint. 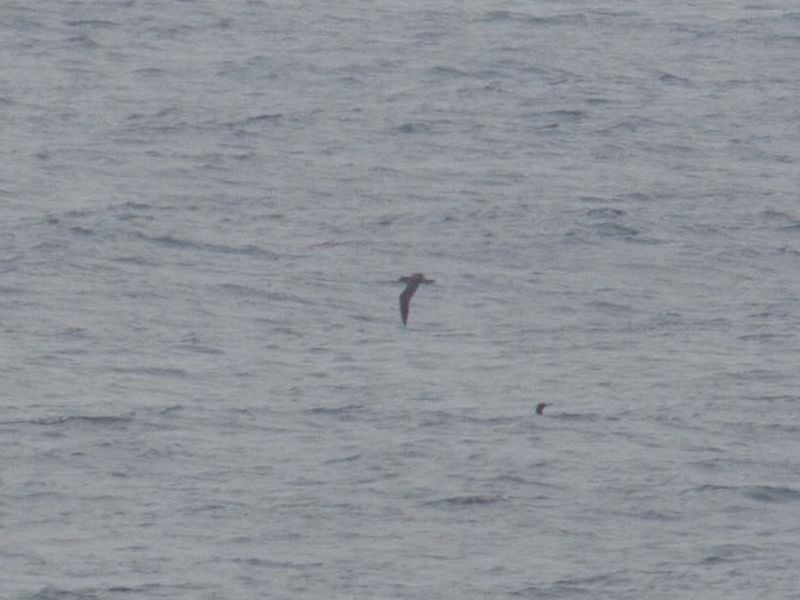 Image 4 – IMG_7568.CR2 – 11:54:59 a.m. This very striking image shows the high reaching angle of the upstretched wings which are again still held slightly crooked at the carpal joint. The wings appear long and rakish in profile with a narrow, almost sharp looking, primary hand shape. The quite long narrow pointed tail can be clearly seen in this image. Overall the bird looks very buoyant in this flight view and again has a decidedly “jaeger-like” feel to it. The overall effect could perhaps be compared to a large, long-winged Pterodroma petrel flying in windless conditions. 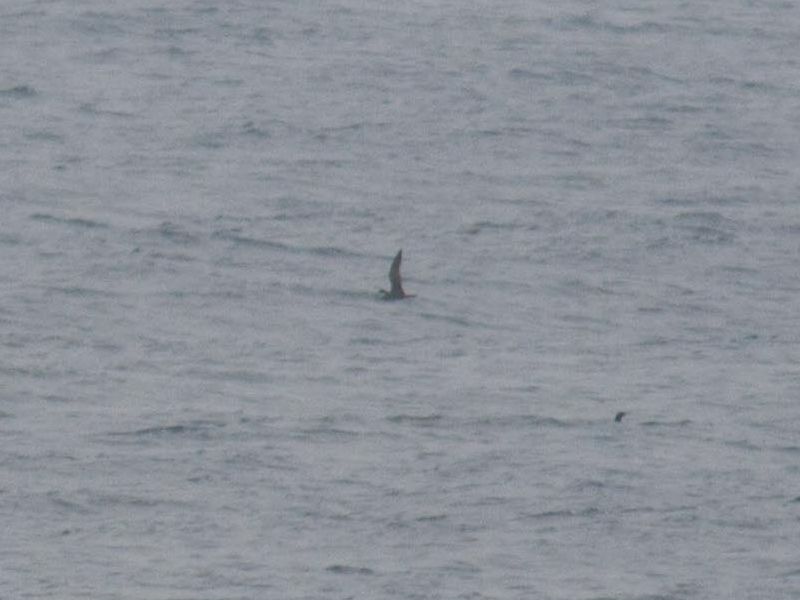 Image 5 – IMG_7569.CR2 – 11:54:59 a.m. In this image the tail can be seen more clearly showing the narrow dark colored and pointed profile, in fact this can be seen in all the photographs but particularly apparent here. The wings are held slightly forward of the body with carpal joint held crooked showing off the narrow trailing long primary hand. 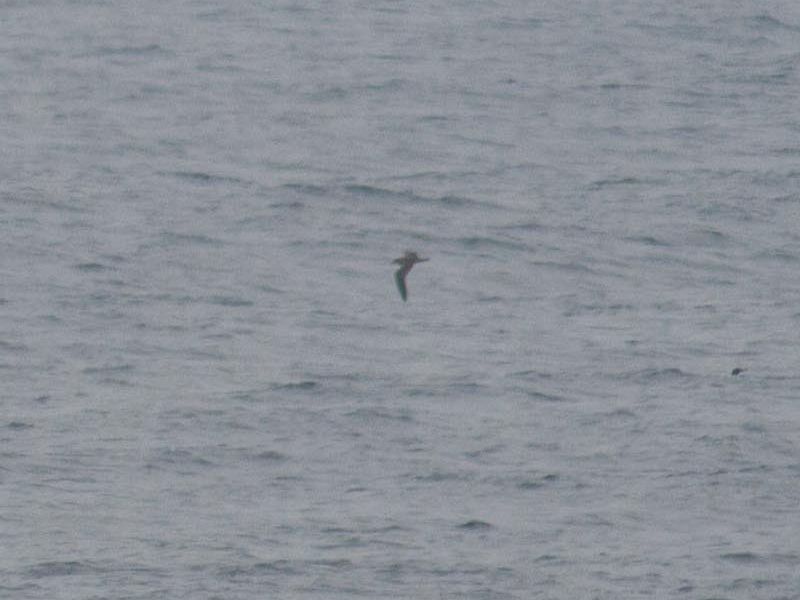 Image 6 – IMG_7570.CR2 – 11:55:01 a.m. In this image the bird turned away and the light colored underparts can be seen. Again the wings are held bowed or slightly cupped downwards and show off the small quite thin body that tapers noticeably at the rear. The narrow pointed tail is again clearly shown as a continuous taper from the rear attenuated body shape . 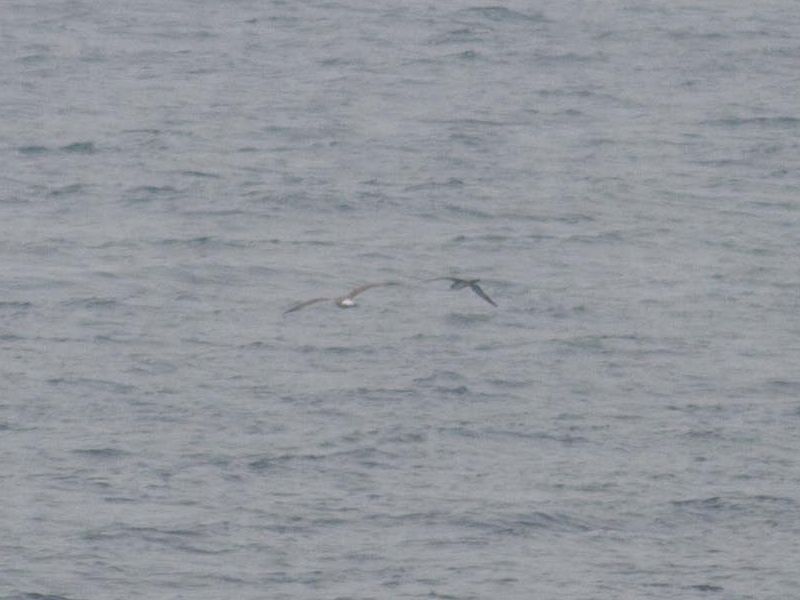 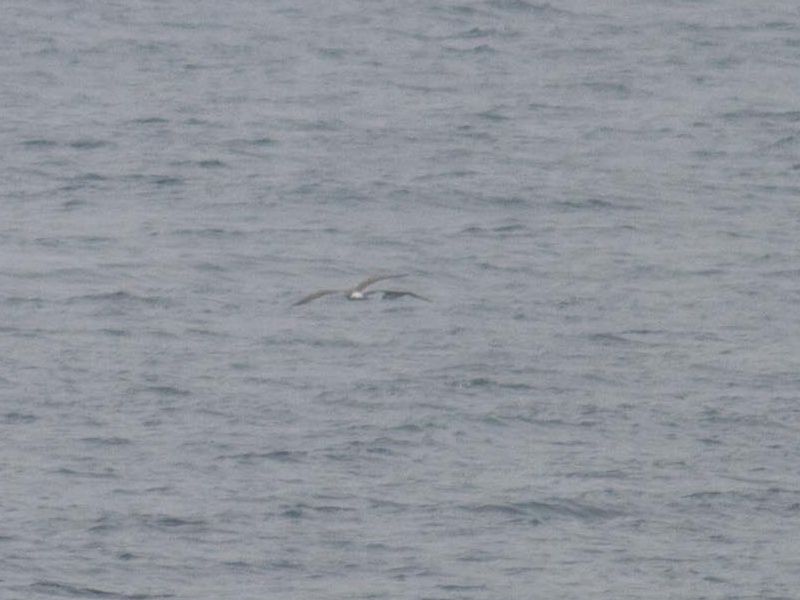 Image 8 – IMG_7572.CR2 – 11:55:05 a.m. Taken four seconds after those above, this image shows off the very characteristic buoyant flight pattern, a deep down flap of cupped wings, of Wedge-tailed Shearwater. The deep wing flap lifts the body almost above the plane of the wings. The wings appear deeply arched downwards like they are about to wrap around something. The pale coloration can be clearly seen on the underparts and underwing coverts. Again, the tail looks narrow, long and dark being clearly seen in this image. I think the powerful down flap here and look of the bird has a certain “frigatebird” feel to it almost. 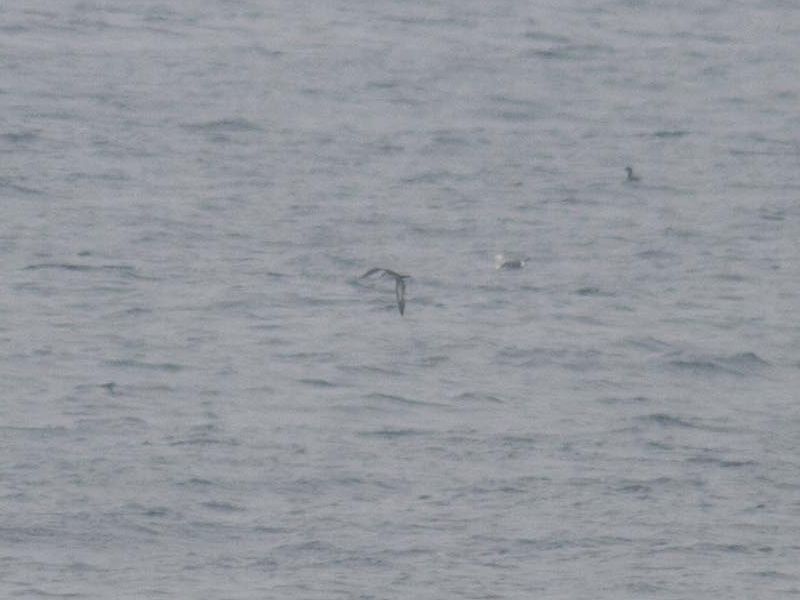 Stan Walens sent me the notes from his observations earlier in the day and I concur with all of the points in his description below:

(1) unusual buoyant flight, with leisurely wing beats, but snappier, like a Buller’s, not heavy and lumbering like a Pink-footed. As noted in your email, wings pushed forward and then back at the wrists, and arched down. Wings looked narrower and longer than a Pink-footed.

(2) very white underneath; as I said to you before, when I first saw it, it was turned with its ventral side to me, and I thought it was a Buller’s. Only when I saw the all-dark back did I come alert. Realized it couldn’t be a Buller’s, but it took me a little while to move from Buller’s to what this bird might be. The underwings were outlined in black, unlike the clean white of a Buller’s. There was some smudginess to the ventral side, especially on the upper breast/sides of the neck, but not as extensive as a Pink-footed usually shows. On this bird, there was little or no dark in the axillaries.

(3) head looked small, not the big throat and crown of a Pink-footed, and was not as extensively dark as a Pink-footed; had a more “capped” appearance. Slender-bodied, like a Buller’s.

(4) long thin tail, held together in a point; never got a good look at it open. The tail looked to me just too long and narrow to be a Pink-footed.

(5) here’s the big thing: a thin, all dark bill. I saw this bird’s bill clearly from the side when it was closest to shore and it was all dark.

Although certainly taken from a great distance in poor hazy light, these nine photographs are all consistent with flight images of (light morph) Wedge-tailed Shearwater available on the internet and shown in Howell (2012) Petrels, Albatrosses, & Storm-Petrels of North America. We think the only real confusion species here of course is Pink-footed Shearwater, a species that both Stan and I are extremely familiar with in California and abroad. We think the images here are inconsistent with Pink-footed Shearwater and do not think the bird we saw on 13 Sep 2013 is this species. Put together the elements of head shape, bill color observed, wing shape and attitude, body size and shape, tail size, shape and length, as well as the buoyant flight behavior (noted most similar in style to a Buller’s Shearwater) really all points to Wedge-tailed Shearwater. Overall I would say now in hindsight I can understand why this bird’s appearance and behavior elicited interest somewhere in my mind above it being just a strange looking “Pink-footed Shearwater”. It is really another lesson learned seawatching – expect the unexpected, take some photographs, and then take a whole lot more!