[All photographs copyright, Vic Murayama 2012] – The extensive weed and brush lands of the Tijuana River Valley (TRV) attract an impressive array of raptors both on migration and as breeding residents. This year the numbers of White-tailed Kite Elanus leucurus seem to have skyrocketed with many juveniles around “getting their wings”.  News came however, late on 01 August 2012, that Paul Marvin, birder and part time San Diego resident, had discovered and photographed the much rarer Mississippi Kite Ictinia mississipiensis, perched on a snag no less, at the Dairy Mart Ponds. Now that is a real find! 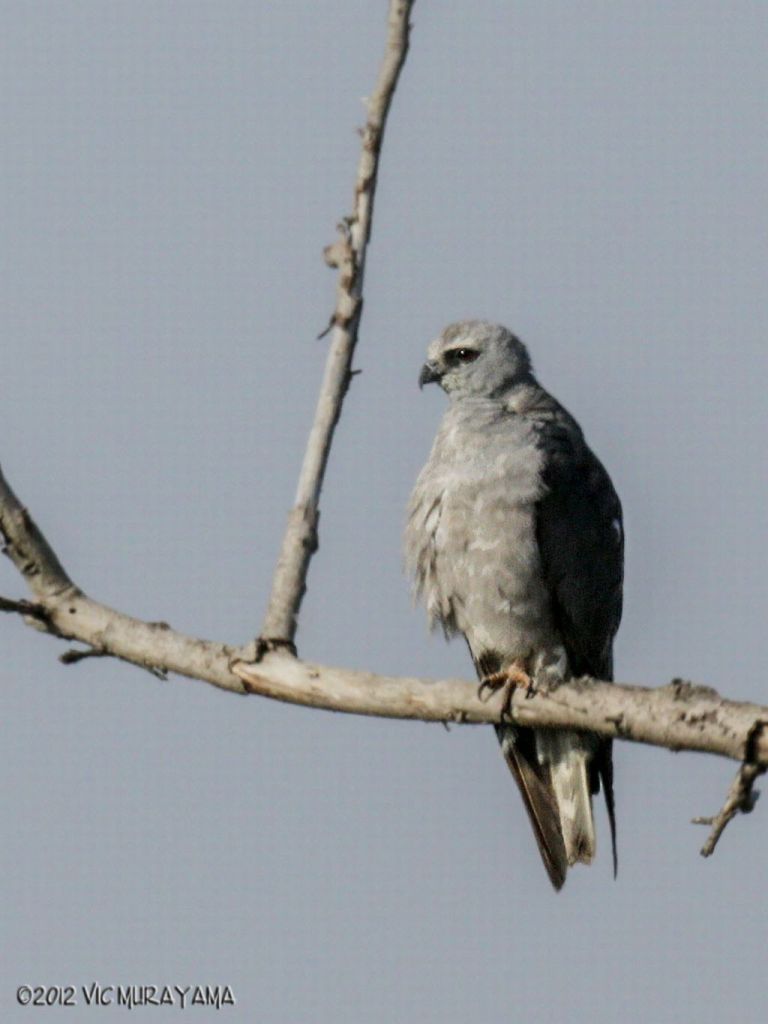 The Dairy Mart Ponds, a last chance exit off of Highway 5 before the Mexico border, support an abundance of dragonflies and have lots of dead tree snags, so this insect-snatching aerial predator was in the right place for a secure meal! In fact this area, a wide swath of mixed riparian land included in the Tijuana River Valley Regional Park, has a history of attracting this rare eastern raptor with several earlier records here of Mississippi Kite. 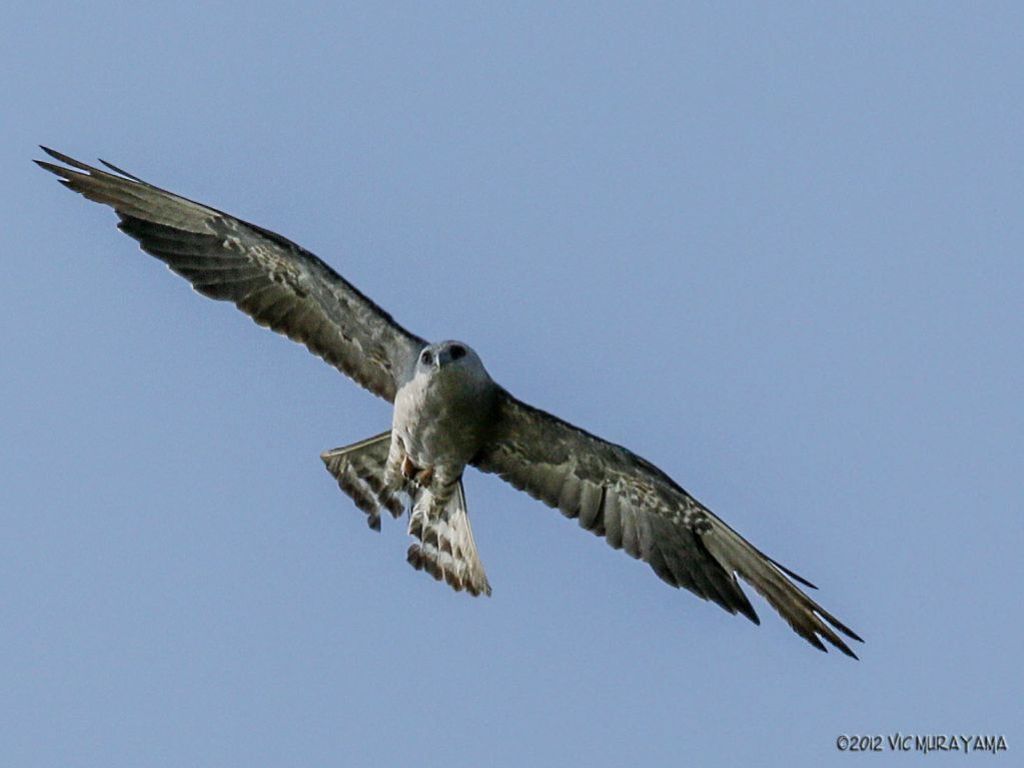 San Diego resident, and bird photographer, Vic Murayama, took these detailed photographs on 02 August 2012, the morning after it was first discovered. A smart move since this was the last day it was seen and with an early departure! Photographs taken in flight reveal this is a first year bird retaining juvenile flight feathers, for example the barred tail feathers, which can be seen with many tattered or missing pieces. It has molted some fresh new inner primaries which appear darker than the remaining juvenile outer primaries and secondaries. The body appears completely molted to fresh adult type plumage. 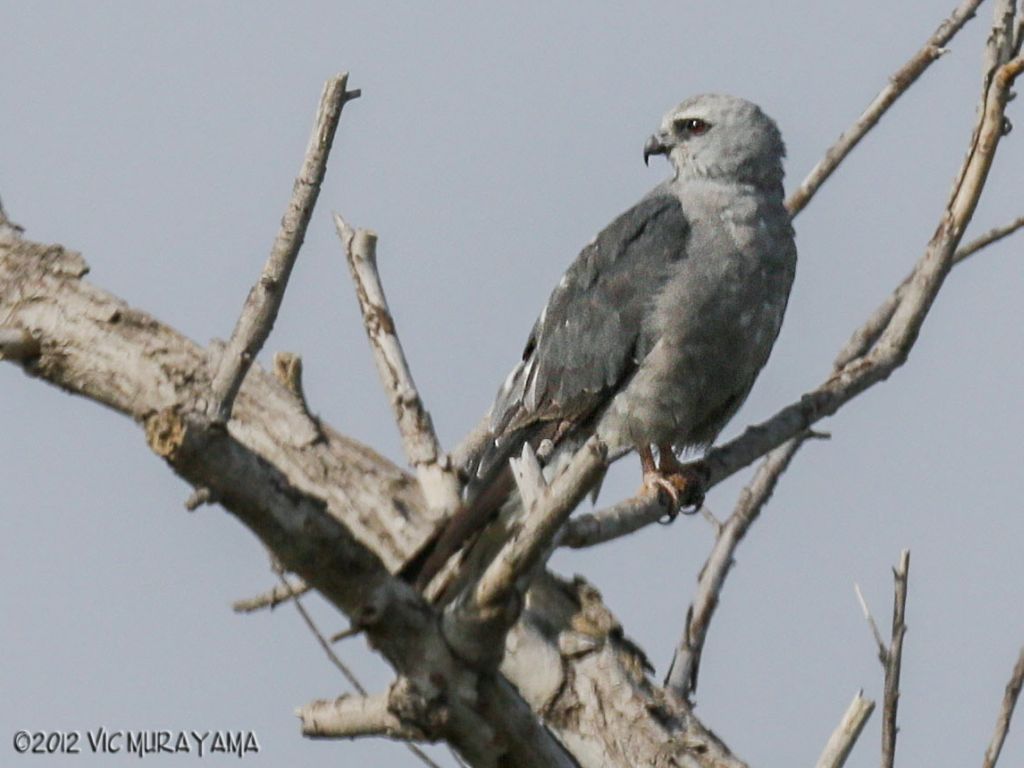