[All photographs copyright, Gary Nunn 2012] – Back on Monday 19 Nov 2012 I made a trip out to Fort Rosecrans National Cemetery in the late afternoon. The light was fading quickly and the wind blowing cold from the north when I heard a strange flight call and spotted a passing bird way up high overhead. I trained the camera on it and took some photographs as it flew away strongly to the northeast into the twilight. At the time I could not really discern much viewing it on the camera back. I had forgotten about these photographs until I saw the eBird report of a McCown’s Longspur seen at Fiesta Island, Mission Bay, San Diego on Tuesday 20 Nov 2012. Sometimes the rare bird is already in your camera but you just don’t realize it! One could argue this is a stretch of the imagination, but when magnified – I agree they are horrible quality, I think it is possible to see the distinctive tail pattern and shape of a McCown’s Longspur! 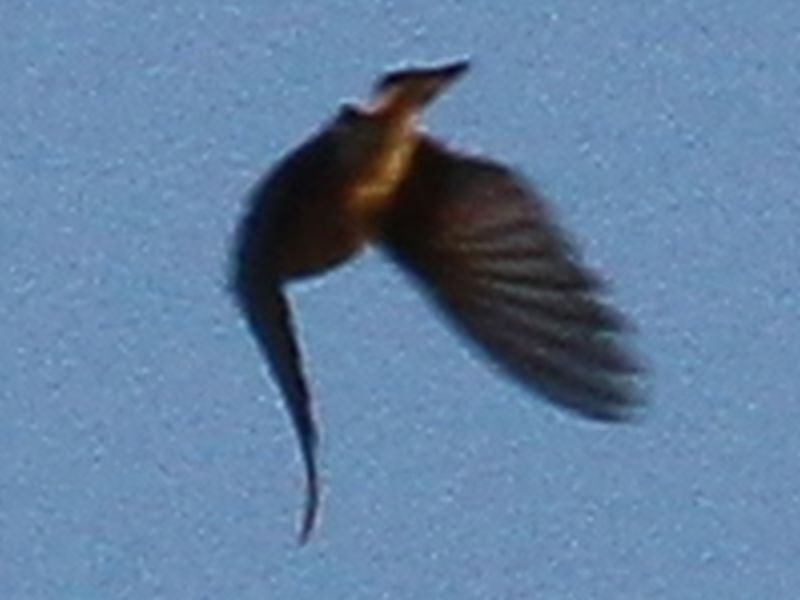 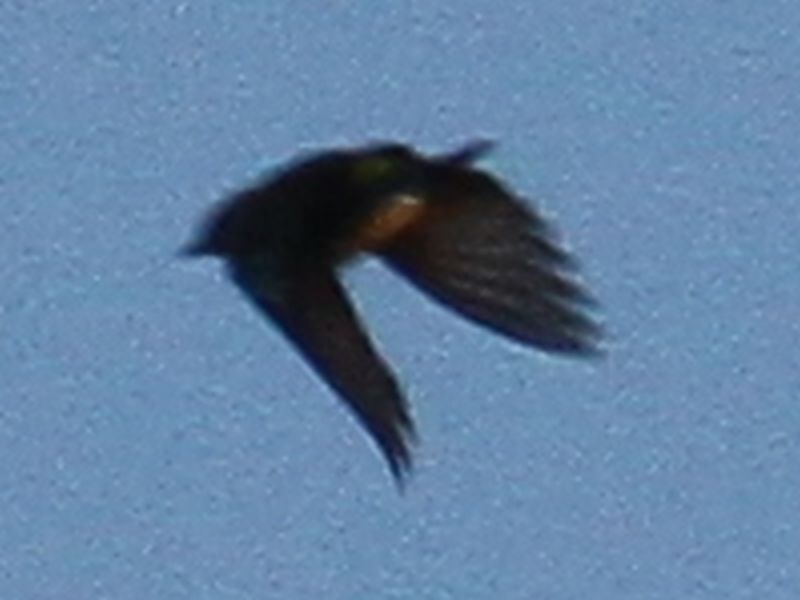 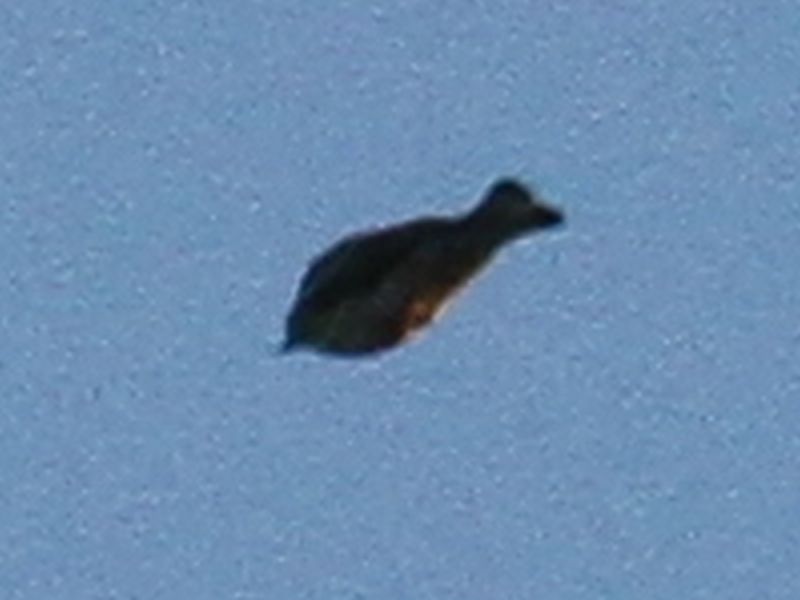 What makes me think this is a McCown’s Longspur? Really? From these horrible photographs? I think the tail provides the most evidence – it is quite short, wide (bulges a bit wider even near the end, almost lobed you could say), has a graduated notch, and it is white with a black terminal band. The single pair of black central rectrices (r1) are visible, but only on the right side. The wing shape and size is also recognizable. I looked at a lot of longspur photographs lately and the long expansive wings are very distinctive in this group of birds. The wing shape also has a characteristic angle along the trailing edge near to the junction of the secondaries and primaries. I think this feature can be seen in the top photograph, as well as the great relative length of the primaries. The primary feathers of McCown’s Longspur are very long, almost reaching the tail tip in perched birds in fact. Hardly visible at all, are the pale margins to the greater coverts on the last photograph. Finally the bird is stout bodied and has quite a heavy looking bill from the angles which it is visible.

For comparison here is a link to a flock of McCown’s Longspur in flight. Picking among the birds frozen in flight you can find well matched examples of the general shape of the bird, the tail shape and color pattern and how it is notched.