[All photographs copyright, Gary Nunn 2012] – I found and photographed this brightly colored Cassin’s Vireo Vireo cassinii in the Silver Gate neighborhood of Point Loma, San Diego. The vireo was feeding close around me in garden trees, along with Orange-crowned and Townsend’s Warblers, as a light rainy drizzle began to fall. You can actually see the tiny rain drops in the first photograph. It’s brightly colored plumage, evidently freshly molted, made me look carefully through the photographs. 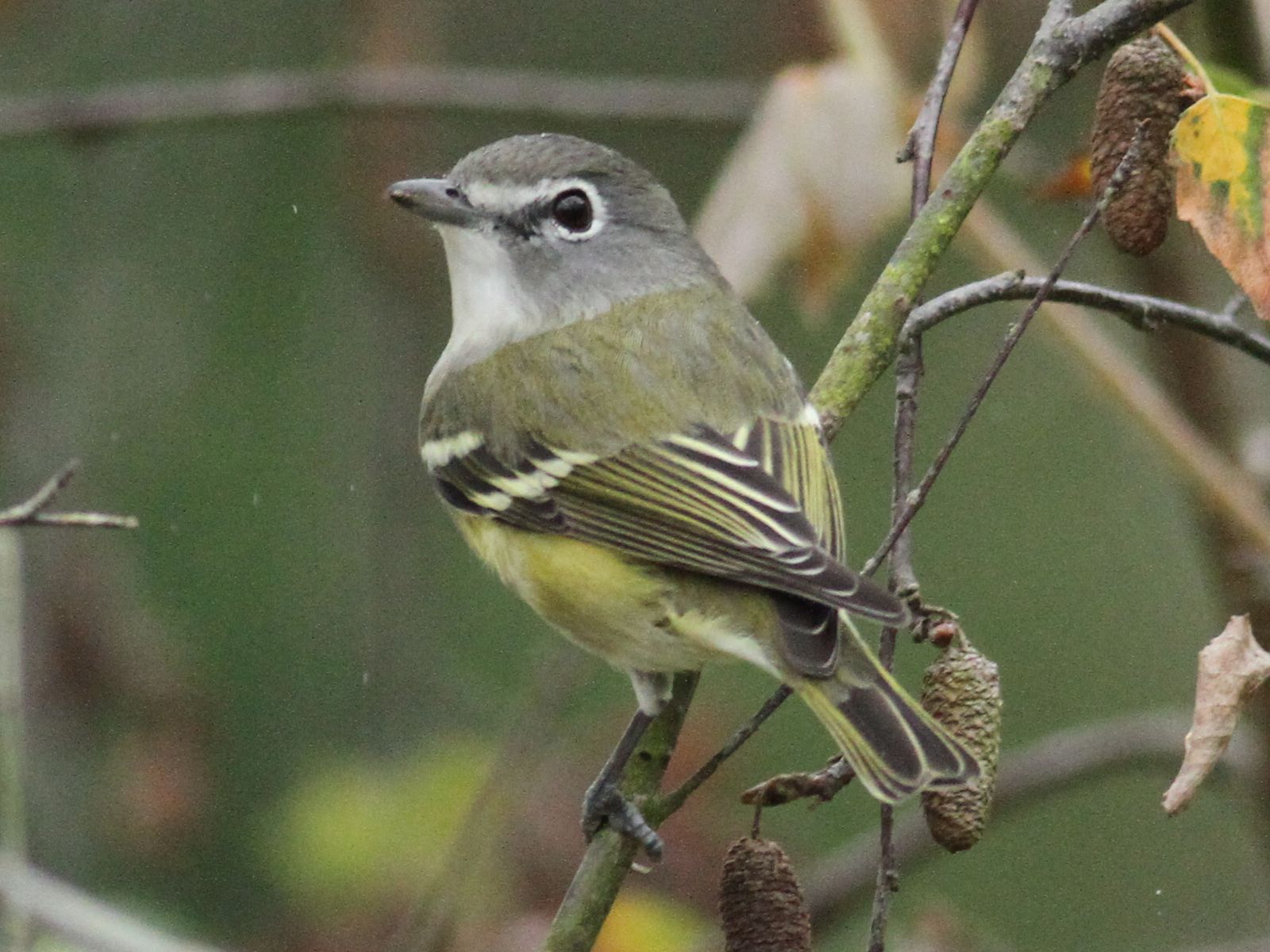 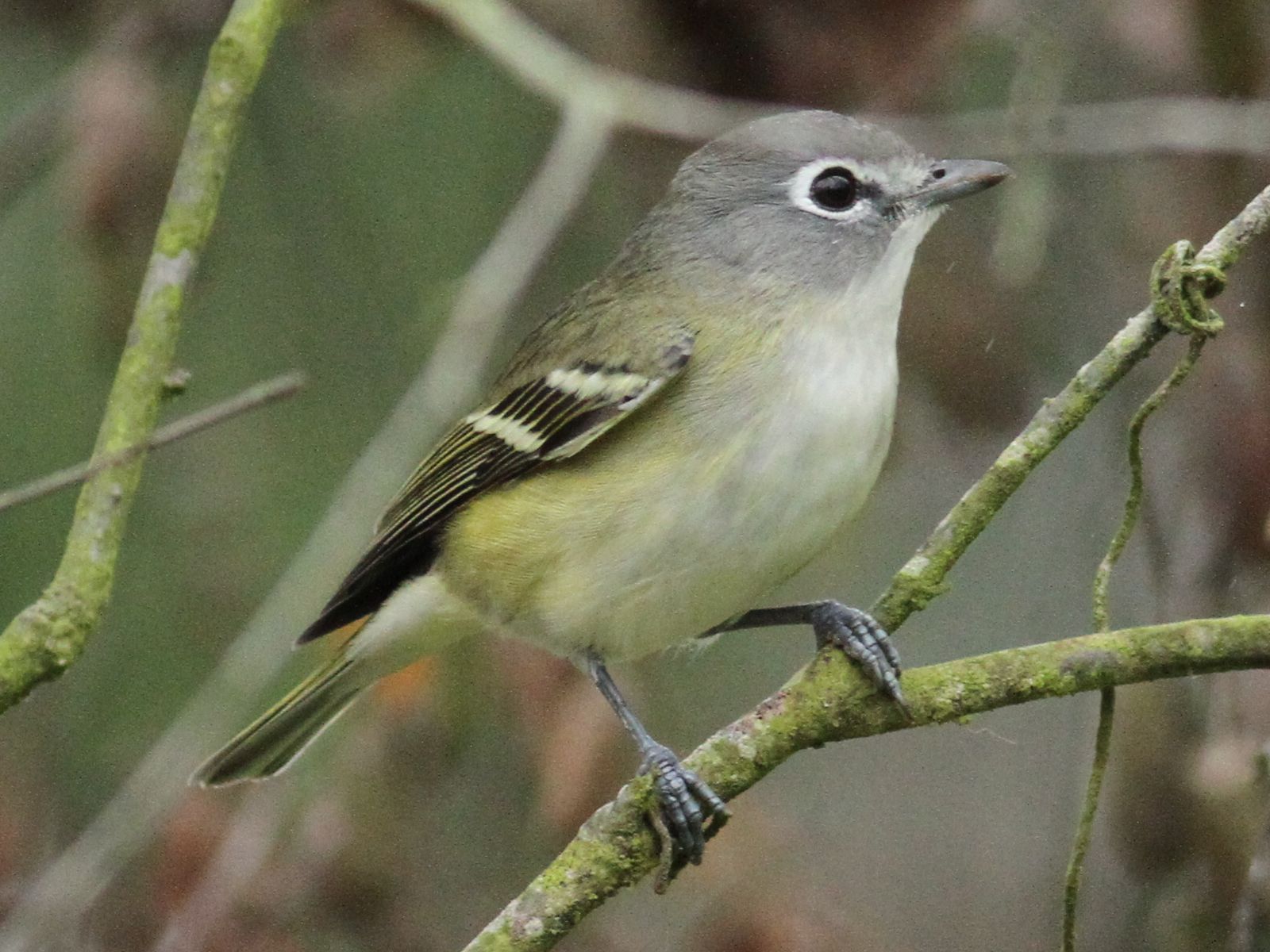 Although it has a light grey head and greenish back, it does not have the striking contrasted look that might be expected from the more solidly colored Blue-headed Vireo. I also noticed another field character, first suggested by Don Roberson, that the dark grey loral line, interrupting the eye ring at the front, is actually quite darker than the crown and auricular coloration. This seems to be a characteristic which can be used to confidently separate bright individuals of Cassin’s Vireo from Blue-headed Vireo. 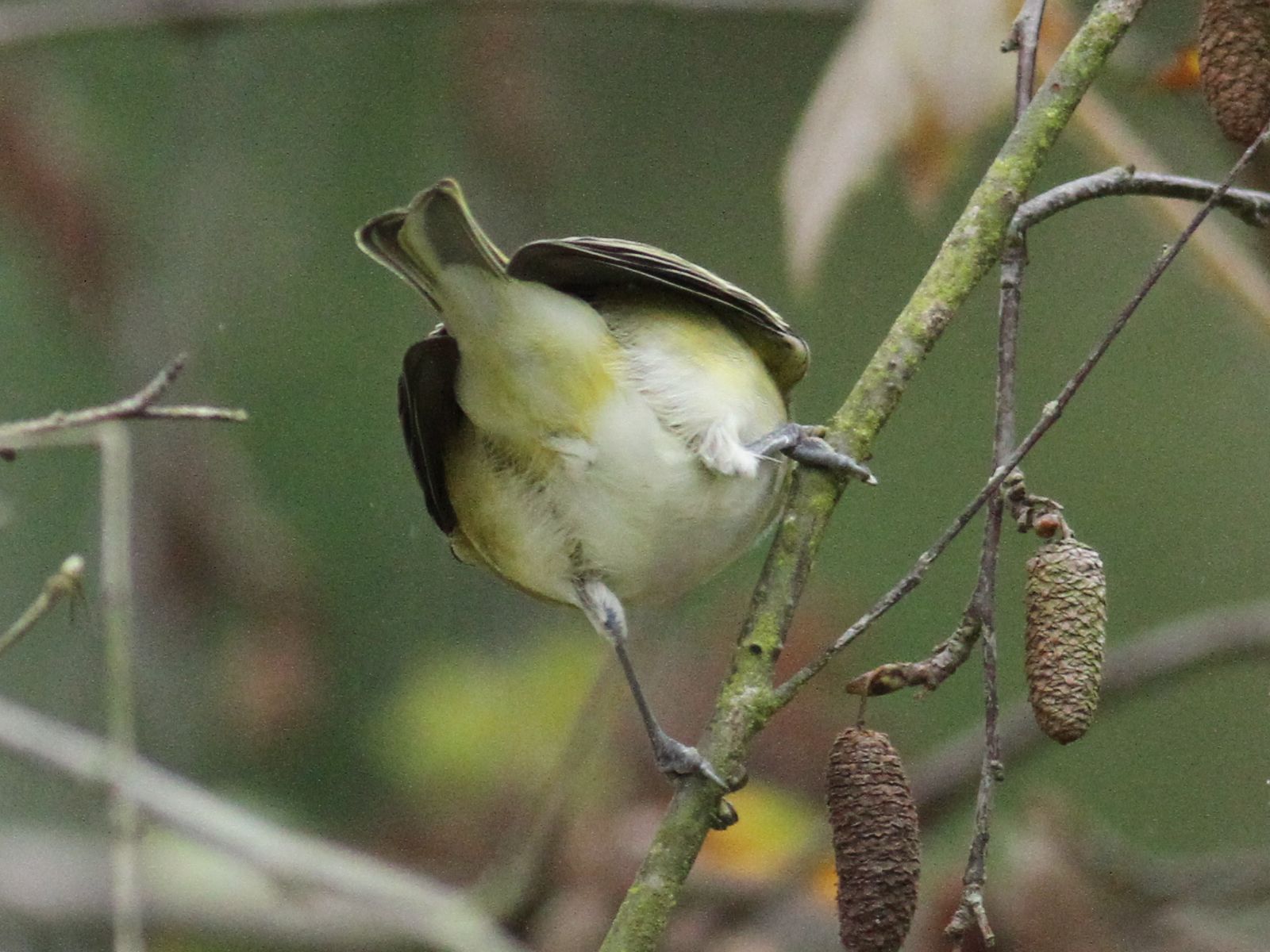 Cassin’s Vireo can be found in San Diego County at all seasons but is generally uncommon. Individuals are regularly encountered during the winter months at favored wooded locations along the coastal belt. The species is also believed to breed scarcely at higher elevations in mountain ranges of the county, above 4000 feet, where it can sometimes be detected in summer.