[All photographs copyright, Gary Nunn 2013] – I have been out testing my new Canon 500 mm f4 lens and it can really pull in excellent quality images from great distances. With the addition of the 1.4X teleconverter attached it comes out with an 1120 mm effective focal length on the 7D body “cropped” APS-C sensor size. Add to that the Image Stabilization (IS) and I think I will be documenting a few more good birds seawatching out there soon! I found this adult female Black Scoter Melanitta americana cruising at the front of a small flock of Surf Scoter heading south. As I have mentioned in previous posts on this species, it often seems to head up the front of the flock when among Surf Scoters. Perhaps the slightly smaller size allows it to travel faster than its congeners? I photographed this flock from quite an extreme distance – these ducks were just beyond the Pt. La Jolla kelp bed and can still be easily identified from the image crops. 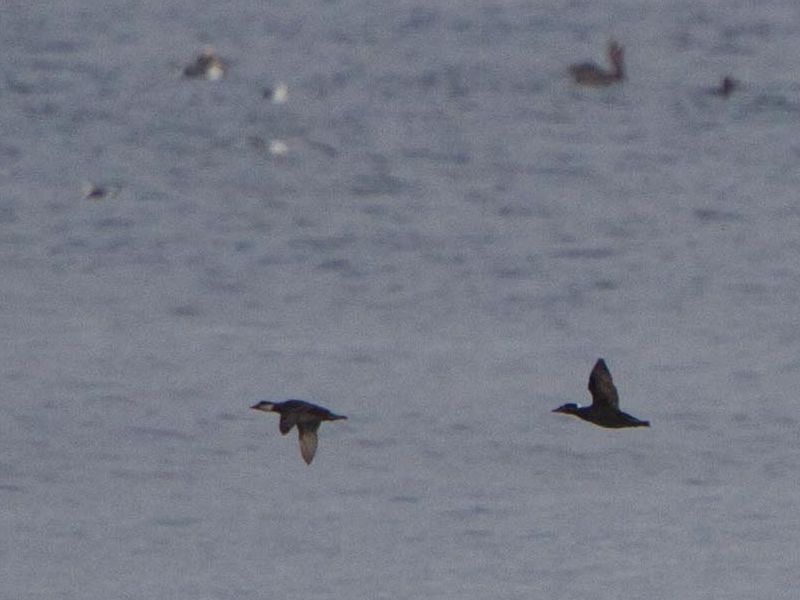 [All photographs copyright, Gary Nunn 2013] – Today the winds picked up around San Diego and I made a quick visit to Point La Jolla to see what seabirds might be blown onshore. The main spectacle was the incredible number of Red-necked Phalarope Phalaropus lobatus flying strongly south. These phalaropes appeared to be on the move and had traveled deep into the cove. In order to exit south many skimmed above the breaking surf passing close around the point. Flocks a hundred or more strong followed one after the other. Streams of phalaropes further out kept coming too. I probably saw 2000 Red-necked Phalarope easily in 30 minutes! I am usually frustrated by the Canon 7D’s autofocus behavior, which pulls focus on contrast edges, it always locks on to distant ocean waves! But the crisp fresh plumaged phalaropes, flying over the breaking whitewater surf, provided a contrast edge the 7D could identify and focus on. 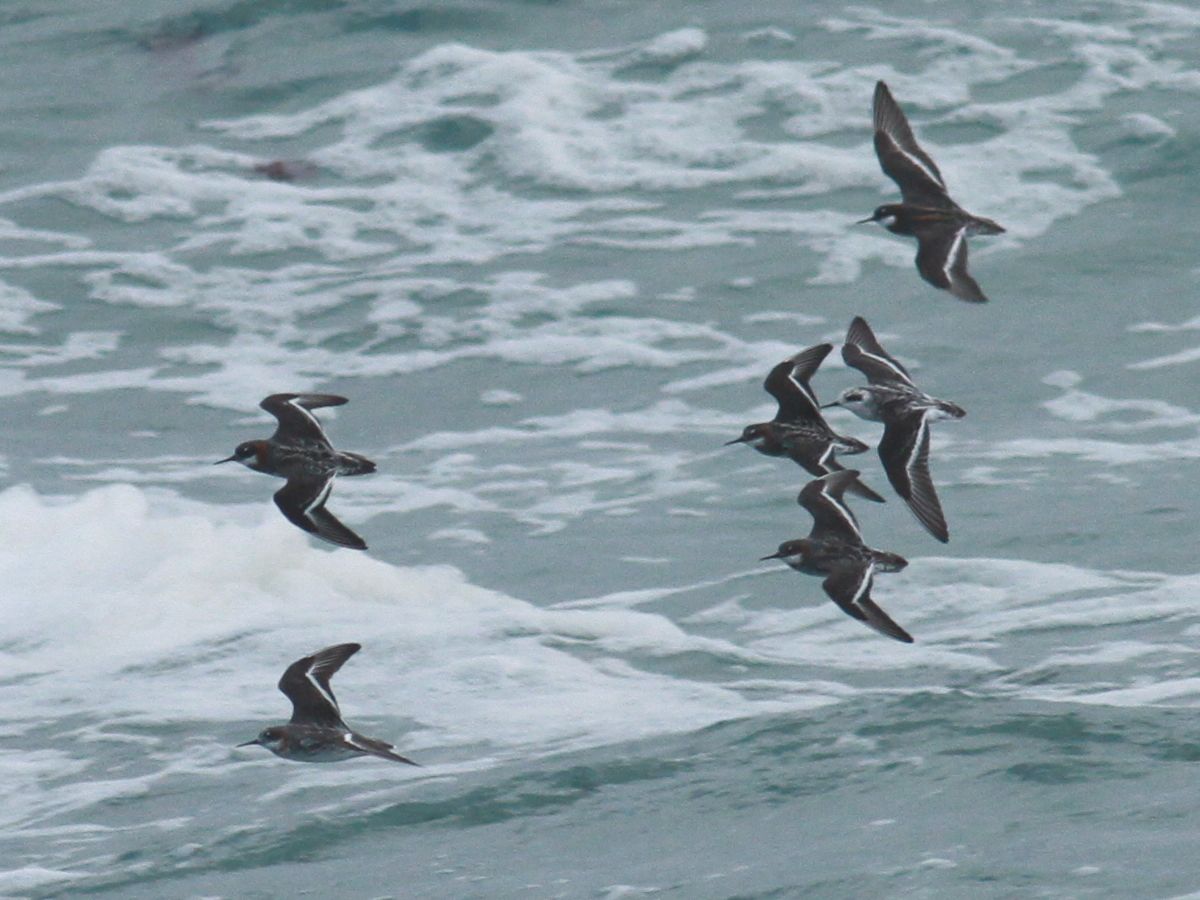 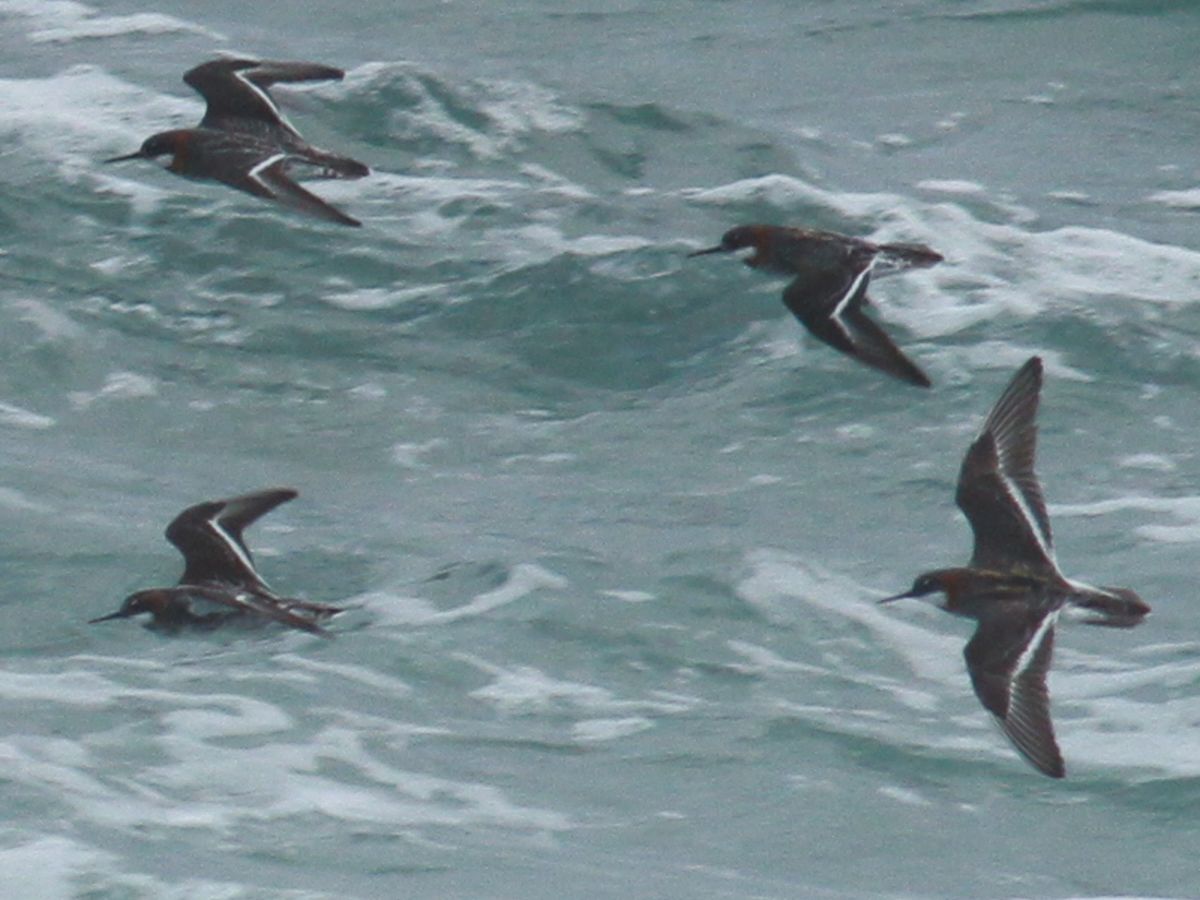 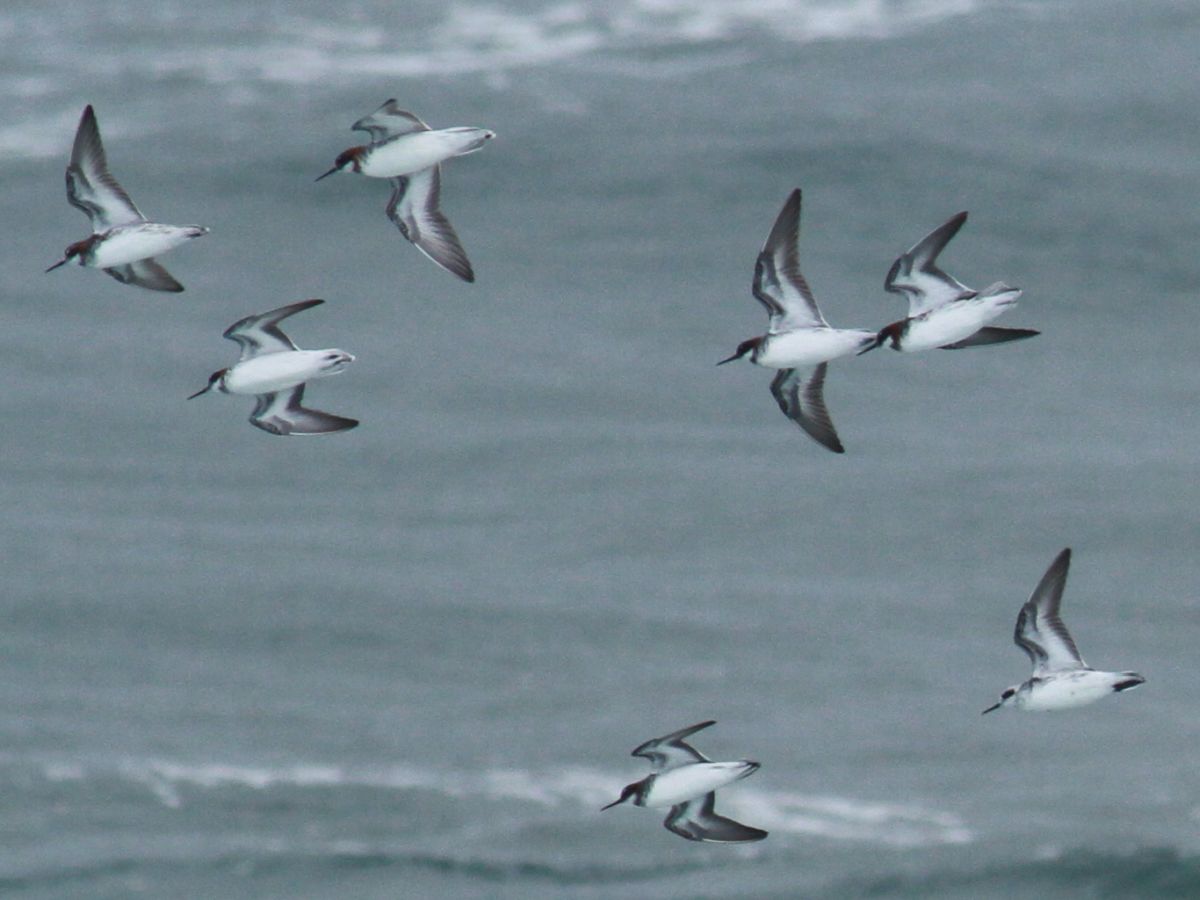 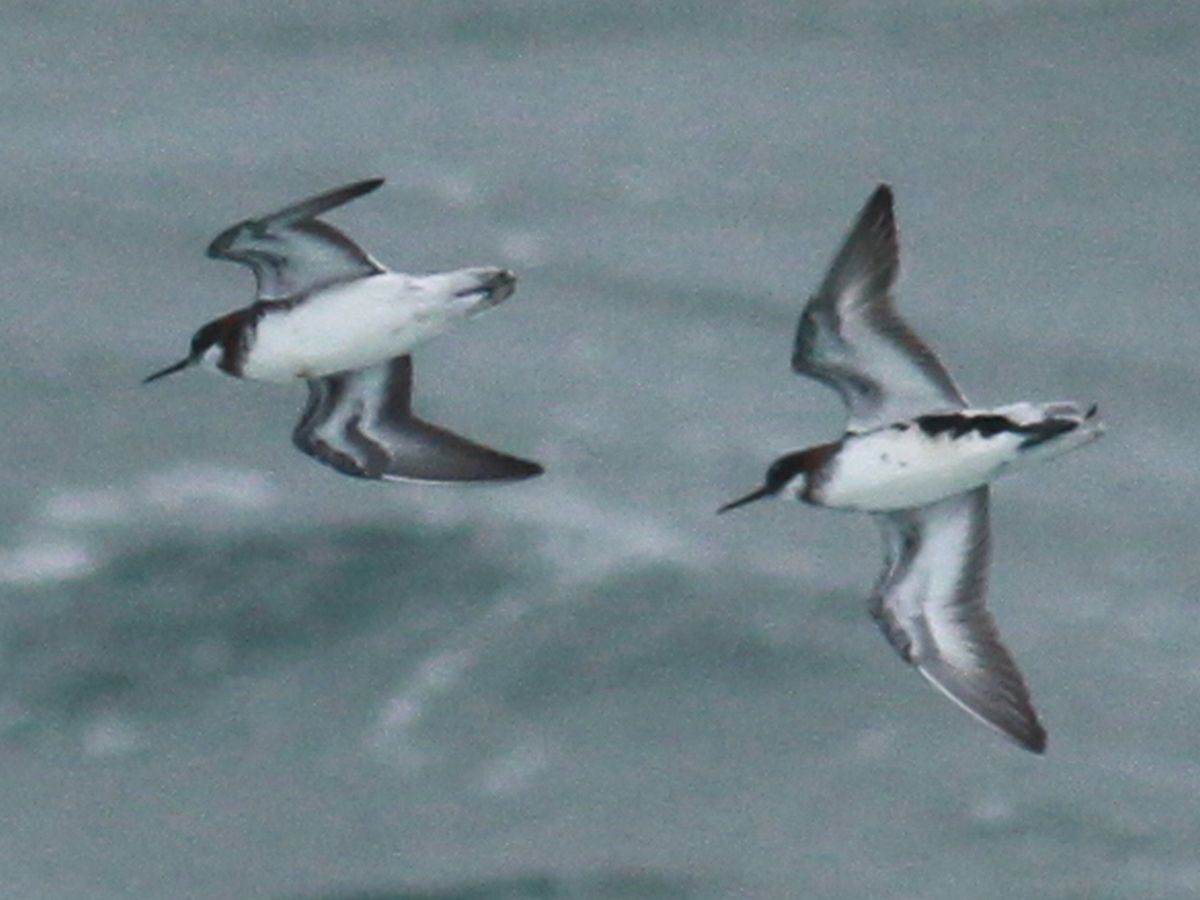 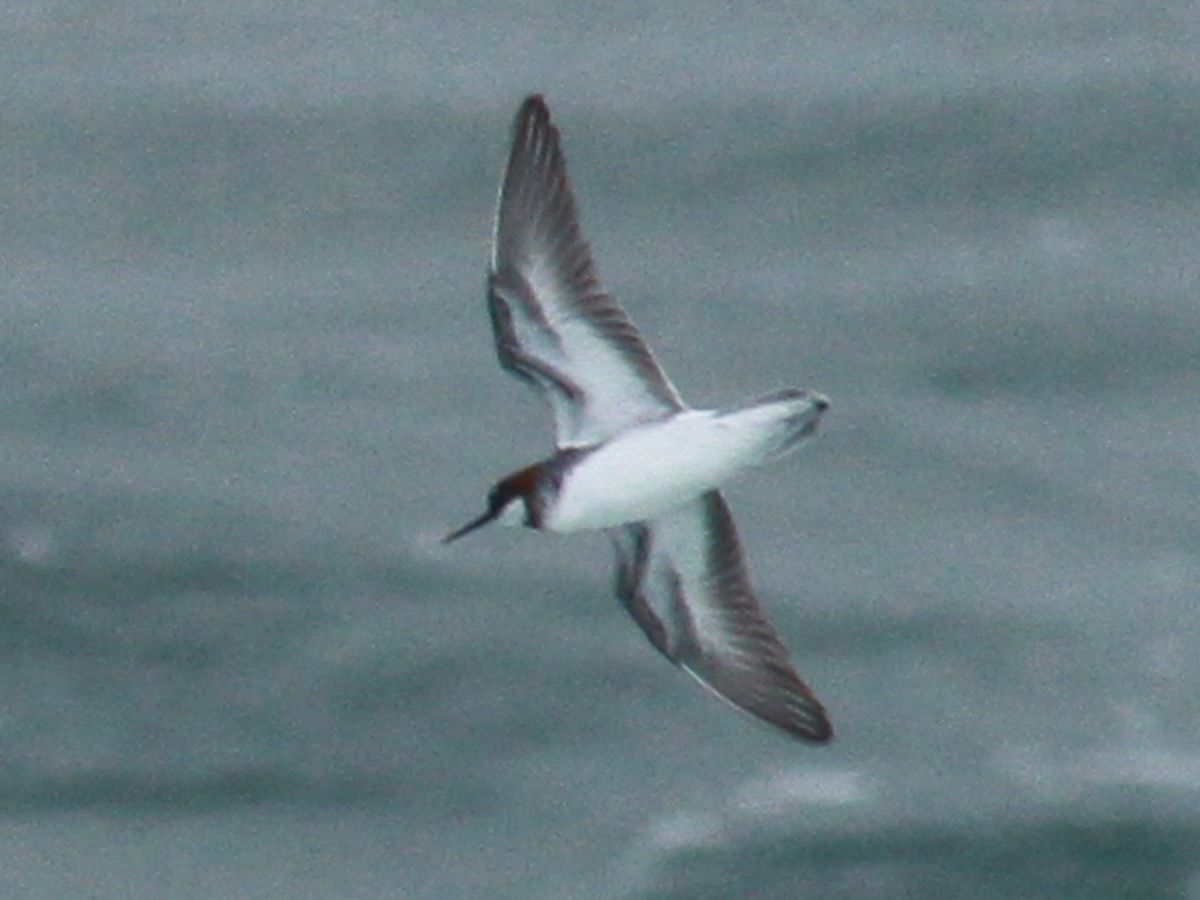 [All photographs copyright, Gary Nunn 2013] – This wonderful looking seaduck was close to the top of my wishlist to spot flying by Point La Jolla! This morning the winds from the southwest had southbound bands of Surf Scoter, ten to fifteen at a time, pushed quite close to Point La Jolla. About the third flock going south had this fine looking adult male Black Scoter Melanitta americana leading the way. Easily picked out by the rich yellow colored swollen bill, it also flagged against the headwind occasionally revealing the paler underwing coloration of the flight feathers. 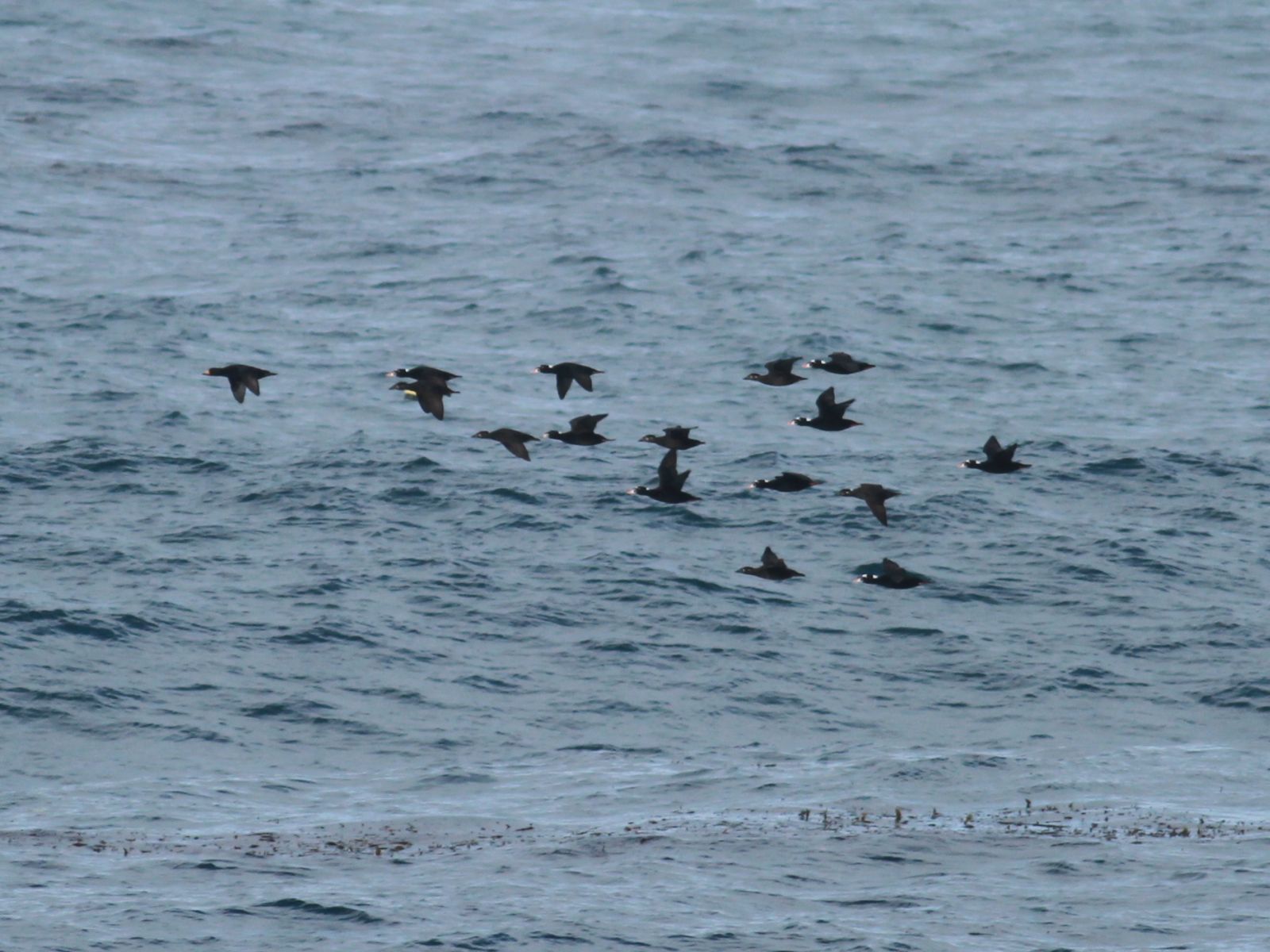 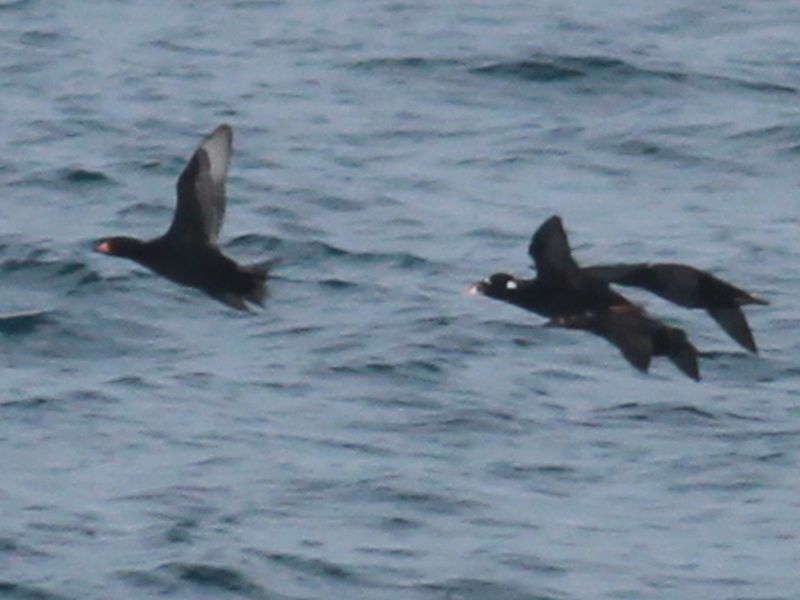 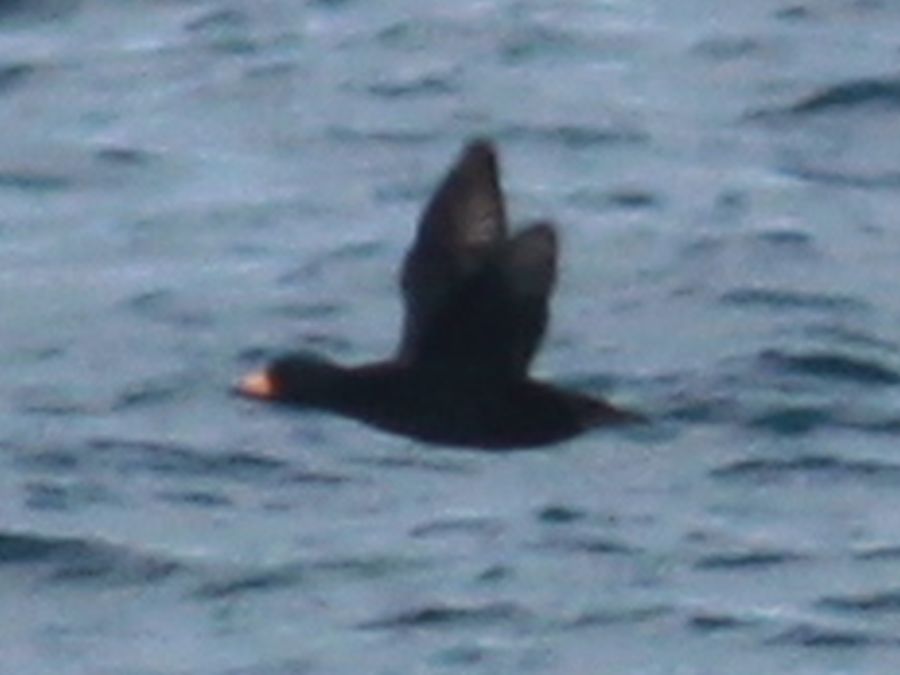 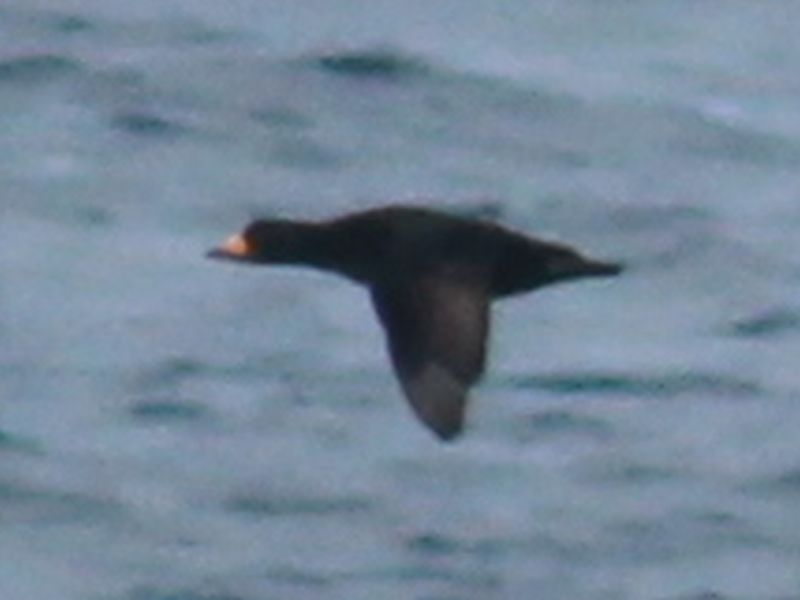 This is the second Black Scoter that I have seen at Point La Jolla this winter. An adult female, first spotted by Jay Keller, also passed south with Surf Scoters on 18 Dec 2012. In both cases the individual Black Scoter generally seemed well placed at the front leading the flock of Surf Scoters. It makes me wonder if there is some subtle difference in flying speed or a behavioral preference of some kind which keeps this species at the front – interesting!