[All photographs copyright, Gary Nunn 2012] – After a long and hot circuit of the San Diego desert environs on 08 September 2012 I ended up in the borderlands settlement of Jacumba. The riparian area at the west end of town is so lush I thought I would take a look there first. I walked under the large fallen down willows, shading the emerging water sources and old pump, and startled a Red-shouldered Hawk. Birds came in from all over the place scolding the hawk. Then I distinctly heard the repeated “spik” call of a waterthrush from behind the largest willow trunk – loud and strident! A few seconds later I caught just a glimpse of it strutting along pumping its tail. After what seemed like an eternity of waiting it appeared again and I managed to obtain some reasonable photographs as it picked its way over the watery mud surface and hopped up to look at me. 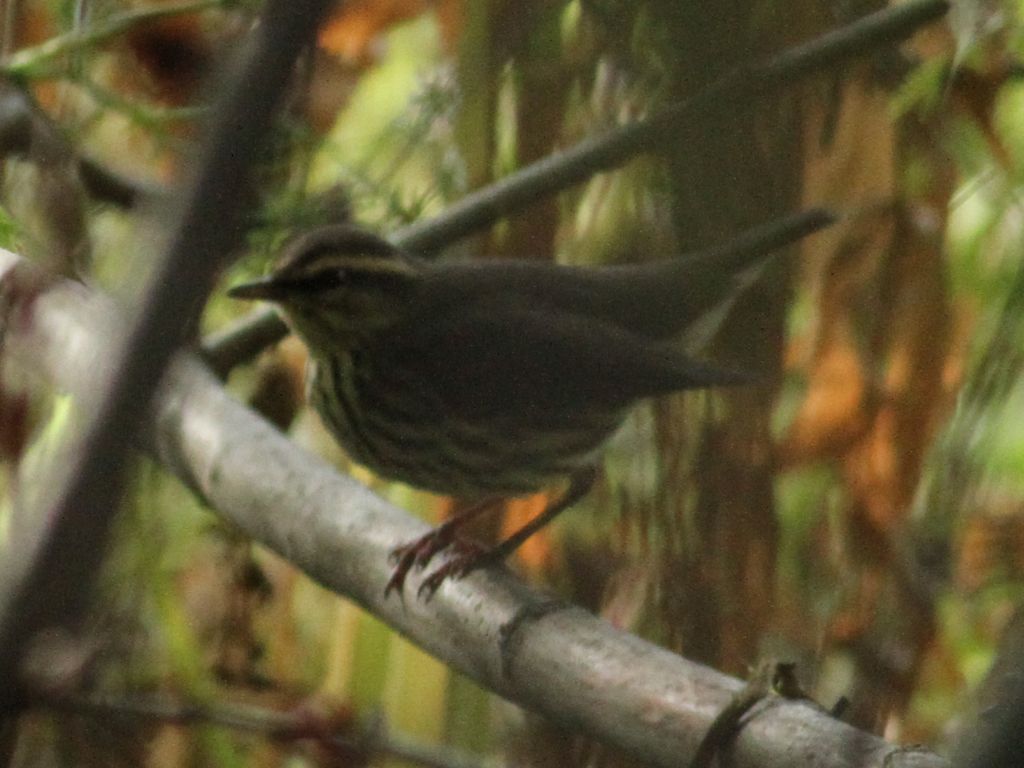 The small finely shaped bill, narrow unflared buffy supercilium, and complete heavy streaking of the yellowish toned underparts all distinguish this Northern Waterthrush Parkesia noveboracensis from its similar looking congener Louisiana Waterthrush Parkesia motacilla.  A nice discussion of the differences between these two species, with some great photographs emphasizing bill morphology and throat coloration and markings, can be found here.

I got some extended binocular views as it fed at some distance away. Through the dead branches and willow twigs it was difficult to see the bird let alone photograph it. The light was slipping quickly around 5:30 pm and I managed one last photograph as it walked a bit closer. 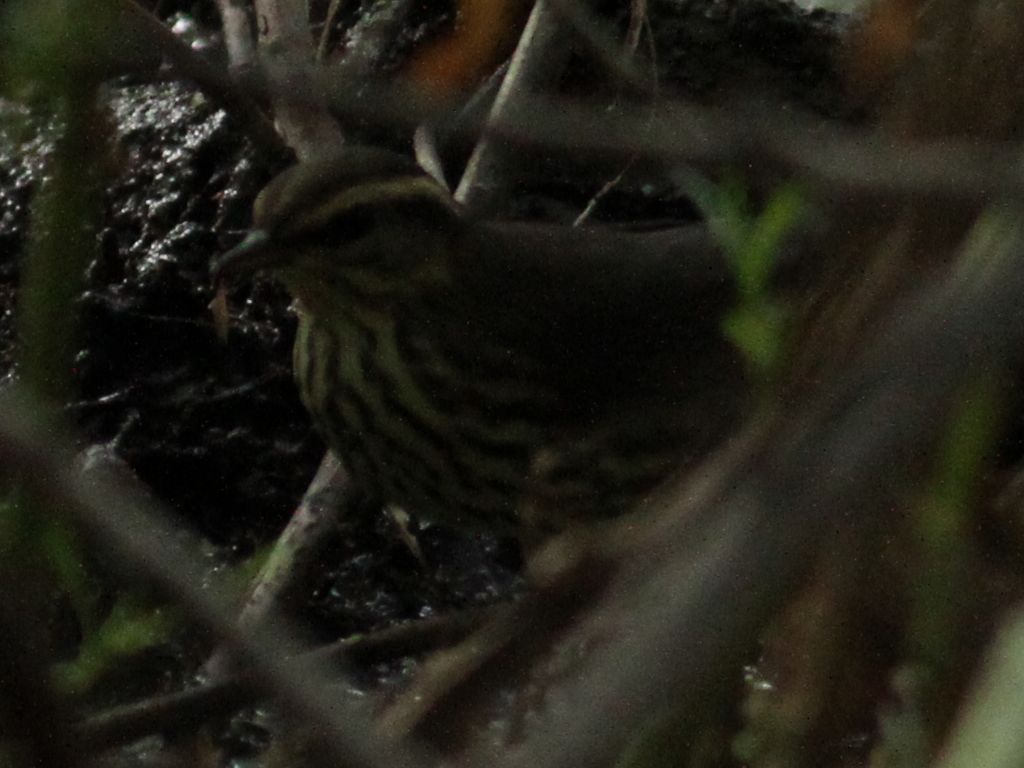 Just as I was leaving the thicker willows, and emerged out onto the path, I literally stumbled upon a large California King Snake. It was not too bothered by my presence and continued catching some final rays of sunshine!

Here is an excellent recording of the typical call of the Northern Waterthrush matched well to the Jacumba bird.