[All photographs copyright, Gary Nunn 2012] – The weekend of 09 September 2012 turned out to be a hot one and my destination at Borrego Springs, San Diego County was cooking. I tracked around a few locations but ended up at the Roadrunner Club where at least there were some shade trees to hide under. I soon found out that the mesquite trees, particularly larger ones, were where all the bird action was happening. Migrants were about including small numbers of Warbling Vireo and Yellow Warbler but I also had success here finding several of the northwestern form of Willow Flycatcher Empidonax traillii brewsteri.

I found several Willow Flycatchers in the resort, they are usually quite easy to approach, but the silhouettes in late morning sunlight were tough to draw conclusions about how dark or pale individuals looked. Reading the literature it seems evident that most, if not all, Willow Flycatchers you might run in to on fall migration here in southern California are probably the more abundant and darker colored northwestern form brewsteri and not the Federal and California listed Endangered paler colored form extimus known as “Southwestern Willow Flycatcher”. Each individual I saw here appeared to be the darker brown brewsteri. The bright buffy wingbars on the greater and median secondary coverts indicated these were juveniles. 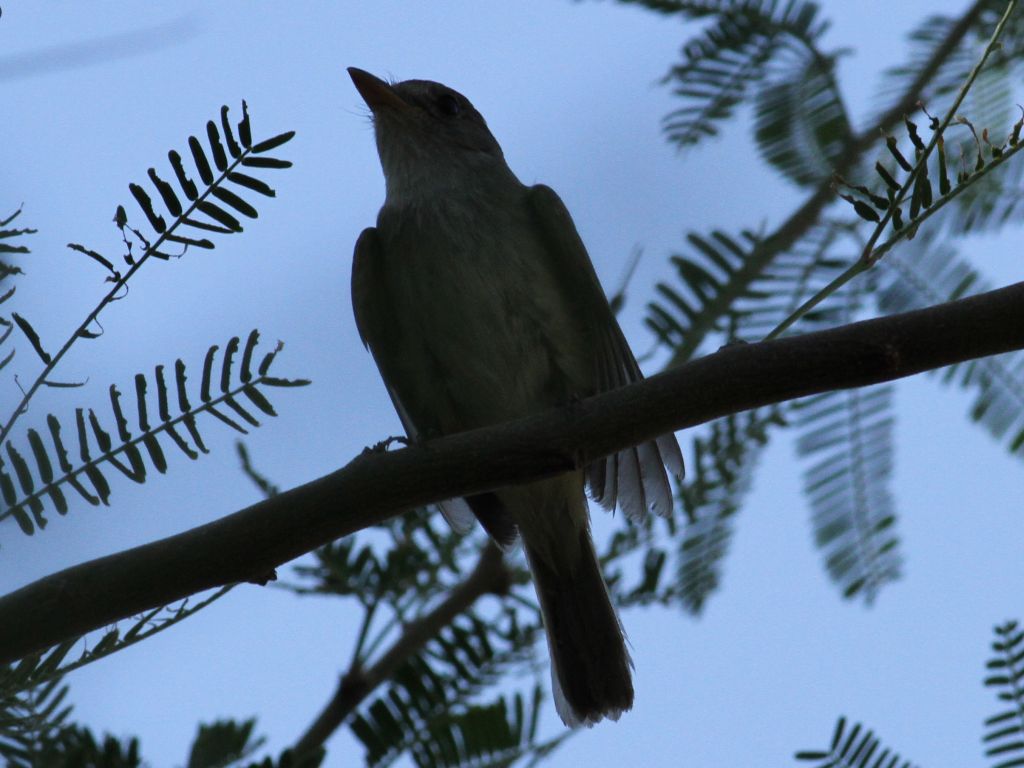 You might be forgiven thinking this bird resembles a Western Wood-Pewee Contopus sordidulus at first glance but several visible features are diagnostic for Willow Flycatcher. The primary extension is short. In the first photograph the closed wingtips meet above the upper tail coverts (rump) unlike the much longer wingtips of the pewee. That silhouette view from below gets you a look at the very wide, almost spade-shaped, bill profile unlike the finer tapered profile of the pewee bill. In my GISS (General Impression of Size and Shape) birding mind the Willow Flycatcher often looks as if it has “solid square shoulders” and a tapered body profile to the rear which accentuates the quite large long dark tail. The Willow Flycatcher has a smoother looking rounded head profile and concolorous breast, all features unlike the pewee. Finally behavior is different, although no strict rules apply! Willow Flycatcher is generally quite retiring, for example under mesquite canopies or along shady hedgerows (oleanders here in the desert) like these photographed individuals, while the pewee can be found perched prominently on fence-lines or exposed snags sallying out to catch flying insects. The audible bill snapping of both species is a good clue to search around for their nearby presence. 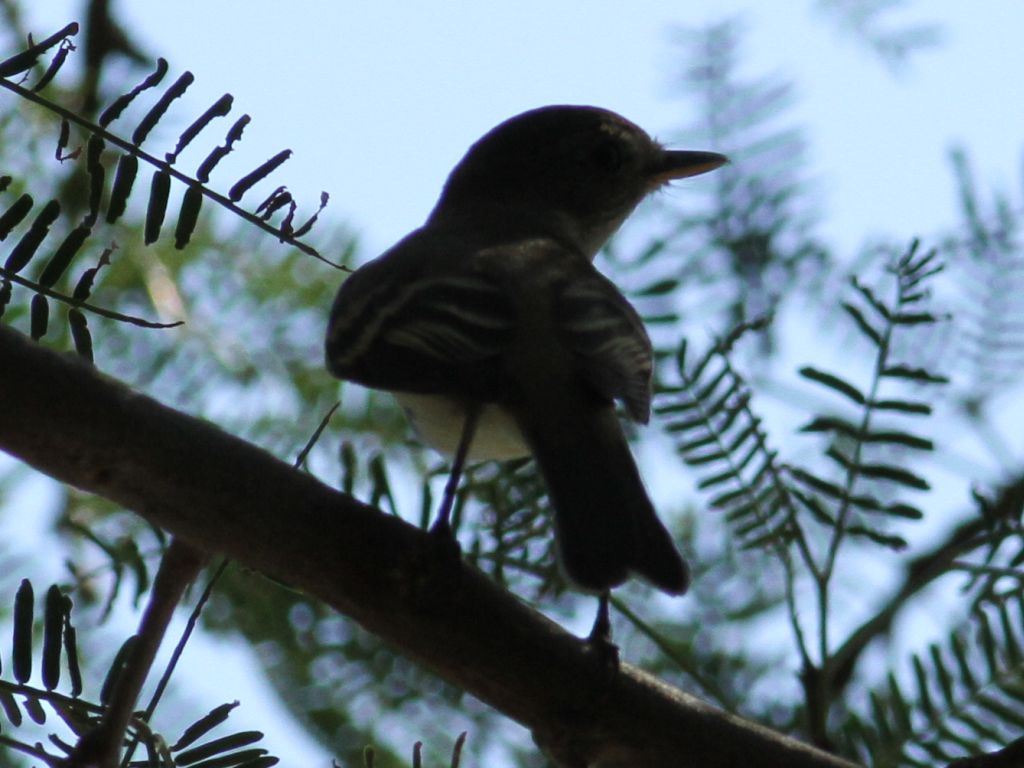 The temperature topped out at about 105F by 11:30 AM and my resolve to keep looking for birds collapsed so I headed out toward the cooler coastal mountains. Thunderheads were brewing on the horizon, away to the south coming up from Mexico, and the locals told me they were feeling earthquakes!